Tesla is launching today a new Wall Connector with a NEMA 14-50 plug – the automaker’s first non-hardwired Wall Connector for a home charging solution.

While most home charging station manufacturers sell products to be both hardwired and to plug into a NEMA 14-50 outlet, Tesla has stuck to its hardwired Wall Connector.

For people who already have a NEMA 14-50 outlet within reach of their parking spot or for those who don’t want to go into the trouble of installing a hardwired charging station, Tesla would simply recommend to use the mobile connector on a NEMA 14-50 outlet.

Now they are offering a second option: a Tesla Wall Connector with a 14-50 Plug.

Here are a few images of the new Wall Connector with a 14-50 Plug: 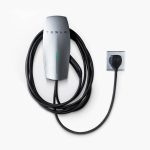 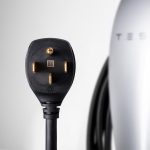 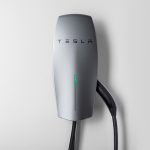 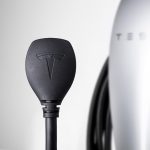 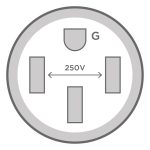 The new version of the Wall Connector is the same price as the hardwired version: $500.

The automaker says that it has the advantage of not requiring an electrician installation, but that’s if you already have a NEMA 14-50 plug.

You can always buy the outlet and have an electrician install it before getting this new version of the Tesla Wall Connector.

It’s nice that Tesla offers an additional option, but it’s not for everyone.

If you have a NEMA 14-50 plug or have one installed, you can simply use your mobile connector, which comes with the car.

The option would certainly be interesting for some people who might want to keep the mobile connector in the car and not have to plug and unplug it every time.

Your setup can also arguably look cleaner with a Wall Connector than using a mobile connector.

As for people who are looking for a new installation, they might still want to consider this option over a hardwired one if they think they might move in the future and they want to easily be able to take the Wall Connector with them.

That’s about it I think. Can you guys think of other useful applications? Let us know in the comment section below.