Oracle’s billionaire founder Larry Ellison is Tesla’s newest board member and he had to reveal in a new SEC filing that he has a stake in the company worth almost $1 billion.

As part of Elon Musk’s and Tesla’s settlement with the SEC over the former’s comments about taking the company private, the board had to nominate two new “independent” directors within 90 days.

Larry Ellison, who is one of the richest men on earth with a net worth of $60 billion, had previously disclosed that he made a “large” investment in Tesla last year prior to being appointed to the board.

Now that he is a board member, he had to disclose his position in TSLA with the SEC and the filing reveals that he owns 3 million shares: 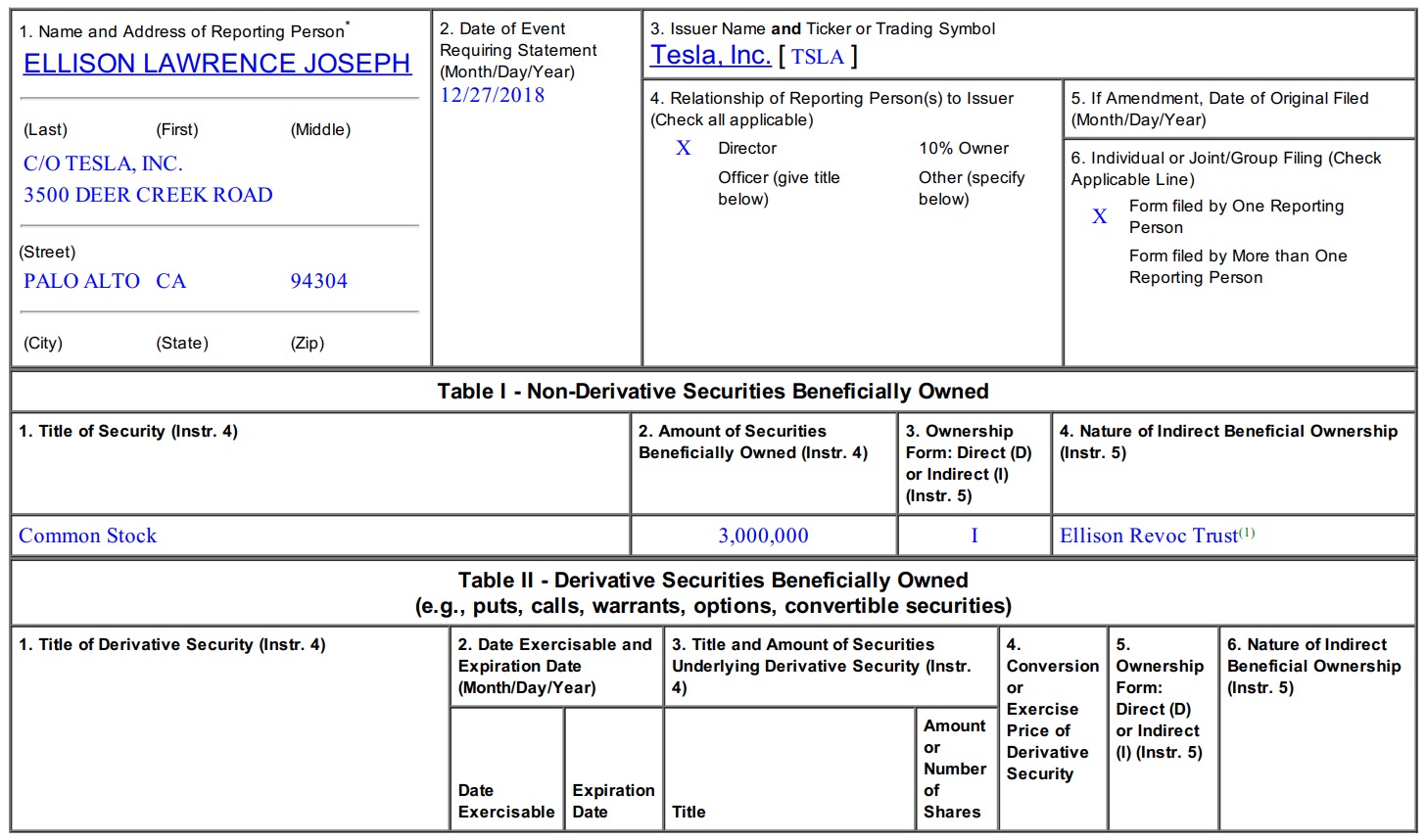 At today’s share price, it makes his stake in Tesla worth almost $1 billion and makes him the largest independent shareholder on the board aside from Elon Musk who had to resign from his role of chairman as part of the same SEC settlement that brought Ellison to the board.

Ellison previously disclosed that he is “close friends” with Musk and he defended him when he was attacked in the media last year.

I like to see board members being personally invested in the success of a company. Some people have been pushing hard for more independent board members, but I don’t see much value in that.

Tesla needs people who believe enough in its mission to put their money behind that.

That was the case of virtually every early board members who also were investors in the company, like Musk, but also Ira Ehrenpreis, Antonio J. Gracias and Steve Jurvetson.

I am glad to see that Ellison is also backing up his claim that he believes in Tesla’s mission with his own money.

We discussed Ellison’s appointment in a recent episode of the Electrek Podcast: