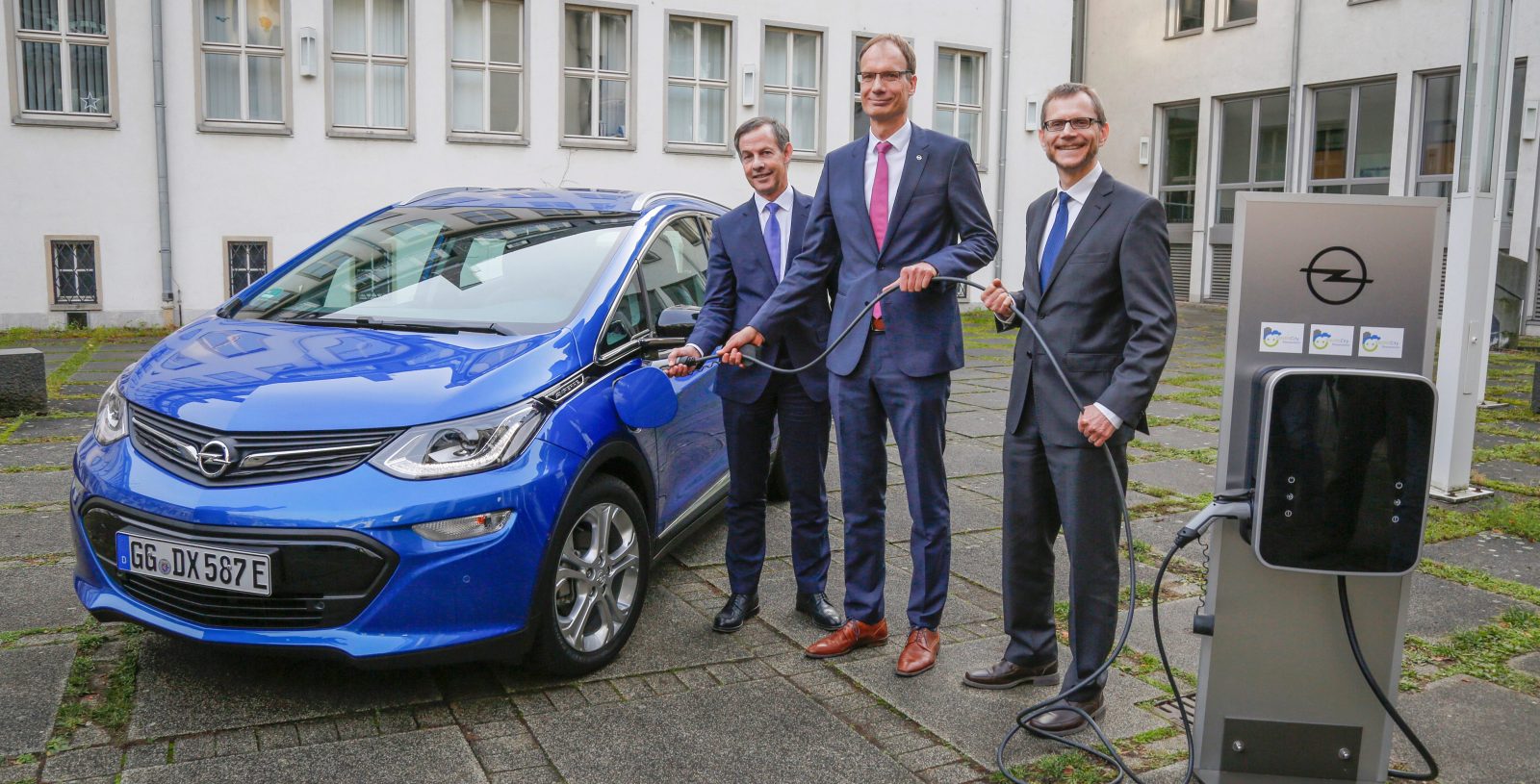 Opel announced its electrification plan last year and it will involve “4 electric vehicles (BEVs and PHEVs) by 2020 and a complete electrification of its lineup by 2024.”

Now they also want to get involved in EV infrastructure as they announce that they want to turn their hometown of Rüsselsheim into ‘Electric City’ with 1,300 charging stations.

Through its sale to the PSA Group, Opel seemed to have fallen behind in electrification as its main EV effort was backed by then-parent company GM.

Opel hasn’t been able to capitalize on the demand for the Ampera E in Europe because it is dependent on GM’s supply of the Chevy Bolt EV.

After the American automaker sold its European operations, including Opel, they limited the allocations in each market to extremely low volumes, which forced Opel to ask its Norwegian dealers to stop taking orders for the Bolt EV last year and to later increase the price by $5,500 for the electric vehicle in Europe.

Now, Opel wants to lead its own electrification effort, which is expected to soon start with an electric Corsa.

Before the vehicle comes to market, the automaker wants to prepare its electric vehicle infrastructure in its hometown of Rüsselsheim in the Rhine-Main region of Germany.

The ambitious plan would see over 1,300 charging stations deployed in the city over the next 2 years:

“These will then be located in all districts and residential areas, on the Opel premises, on the campus of RheinMain University, in residential estates of gewobau Rüsselsheim, on the parking areas of selected supermarkets and shopping centres and on the premises of the municipal clinic (GPR). The ambitious project, for which the partners have received the official grants totalling around €12.8 million, will be realised in multiple steps by 2020.”

Opel believes that it will result in Rüsselsheim having the highest density of charging stations per habitant in all of the European Union:

Going forward, each publicly accessible charging point will service 72 inhabitants, thus creating the highest density of charging stations in relation to the number of inhabitants not only in Germany but in all of the European Union. In addition, another 400 charging points will be installed on privately owned land – 350 of these on the Opel premises. In comparison, Hamburg, currently the leading German city with regards to charging infrastructure, has 785 publically accessible charging points for its 1.8 million inhabitants (city ranking of the Federal Association of Energy and Water Industry).

Construction is expected to start in “the coming months.”