Xiaopeng Motors, a Chinese electric car startup that started after Tesla opened up its patents, officially launched its first vehicle, a ~$30,000 all-electric SUV.

We published a report last year about how Xiaopeng Motors was building a vehicle heavily inspired by Tesla to the point that some are calling it a “Tesla clone.”

To be fair, we are not talking about a Chinese knockoff situation here.

It’s not clear if the company uses any specific patent from Tesla, but we remarked last year that they built a battery pack technology very similar to Tesla’s.

The influence goes beyond the technology and it is also clearly present at the design level.

As we reported last year, The interior of the Xpeng G3, Xiaopeng’s first car, was modeled on Tesla’s Model S and Model X interior.

The company also took several design cues from Tesla when it comes to the user interface.

The Xpeng G3 is officially going up for sale this week and they updated the design of the production version.

While you can still see the Tesla inspiration, it’s not as much of a direct clone anymore.

Here are a few new images of the electric SUV launching this week:

There are still some features that have been directly lifted from Tesla’s design, especially the interior.

The Xpeng G3 features the same panoramic windshield as the Model X with the same special rearview mirror cutout to support the sun visors: 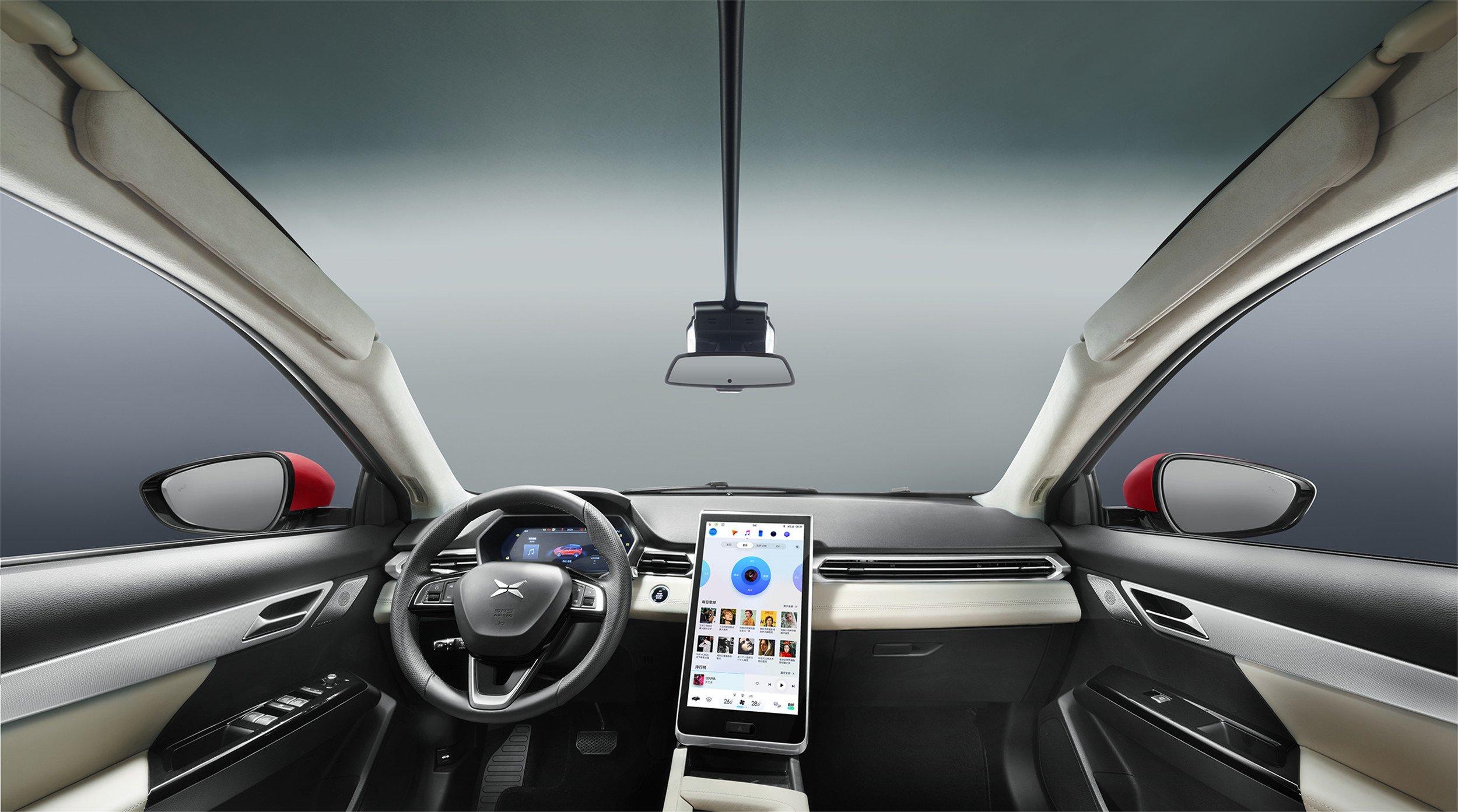 As for the specs, that’s when the comparison with Tesla is over because the vehicle is significantly less powerful.

It uses a permanent magnet synchronous motor with a maximum power output of 145kW and maximum torque of 300N.

As for the range, it gets kind of weird. Xiaopeng is using the NEDC standard and it says that it has two battery pack options, but they both offer almost the same range: 351 km (218 miles) and 365 km (227 miles).

The real world range is likely significantly lower due to the NEDC standard being quite generous and yet, Xiaopeng is also advertising even longer range at “constant speed”.

In January, they secured an important 2.2 billion yuan ($348 million) investment round led by two Chinese tech giants, Alibaba and Foxconn, in order to ramp up production of the Xpeng G3.

Earlier this year, they were also working on a massive $2.7 billion round backed by the same investors.

They are now launching volume production and starting deliveries of the electric vehicle.