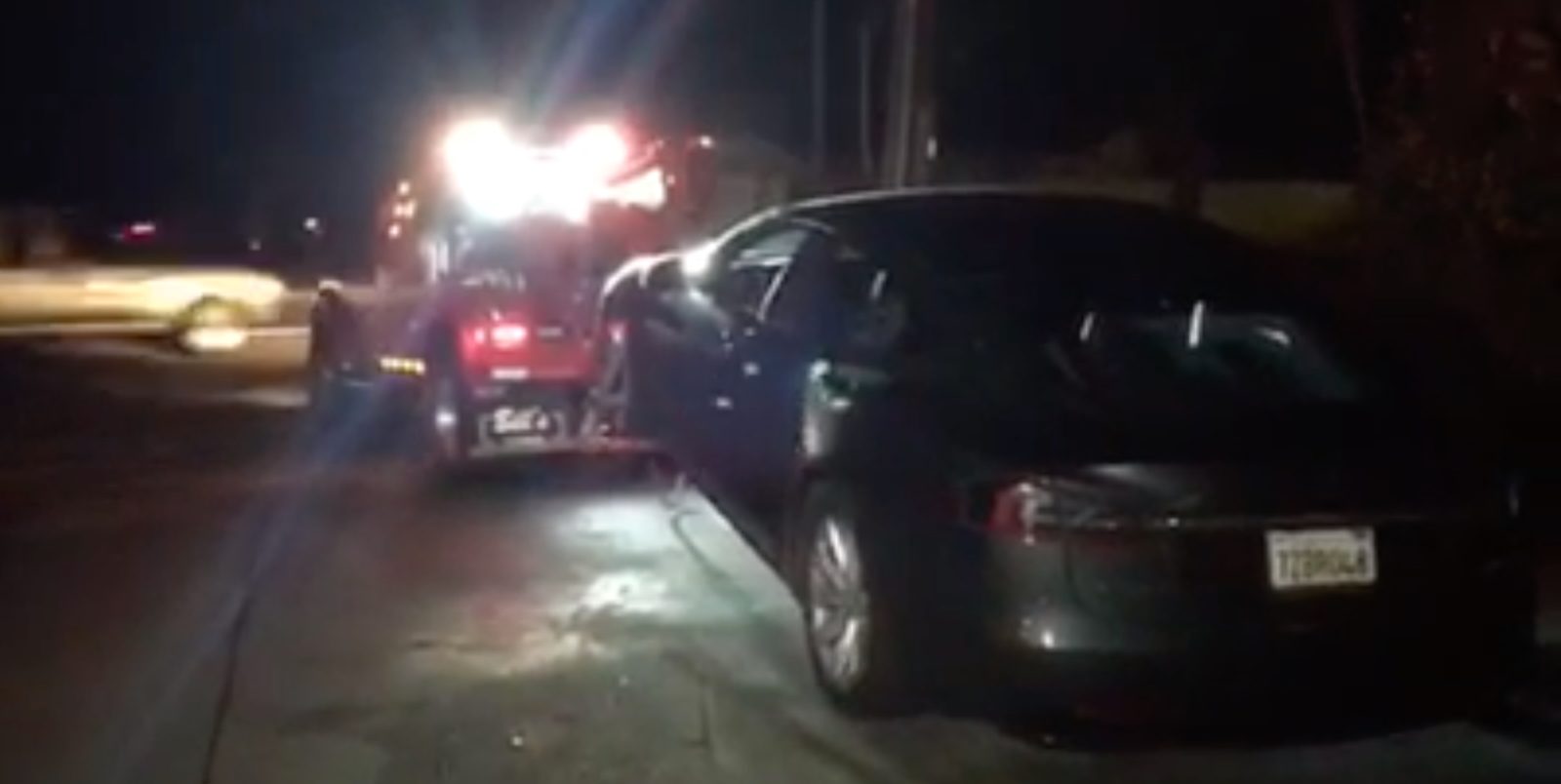 A Tesla Model S driver was pulled over and arrested by the California Highway Patrol yesterday after the police officers saw him seemingly sleeping at the wheel.

It took about 7 minutes and 7 miles for the police to be able to pull the car over, which was allegedly on Autopilot. The driver was arrested for drunk driving.

The driver was Alexander Samek, the chair of the Los Altos Planning Commission, according to Palo Alto Online.

“At approximately 3:37 a.m., a California Highway Patrol officer was driving south on Highway 101 near Whipple Avenue in Redwood City and noticed a gray Tesla driving at 70 miles per hour, above the speed limit, according to Montiel. The officer pulled up next to the car and noticed that Samek “appeared to be asleep at the wheel,” he said. The officer pulled behind the Tesla and attempted to pull Samek over, using the patrol car’s lights and sirens, but Samek was “unresponsive,” Montiel said.”

Police officers followed the car for about 7 minutes while it drove 7 more miles before it came to a stop by itself on the side of the road.

The officers said that it took a while for them to wake up Samek. Once they did, they drove him to a nearby gas station where he failed a sobriety test.

“It’s great that we have this technology; however, we need to remind people that … even though this technology is available, they need to make sure they know they are responsible for maintaining control of the vehicle,”

When activating the Autopilot features, Tesla reminds drivers that they are responsible for the vehicle and they need to be ready to take control at all time.

The system sends out alerts to hold the steering wheel every few seconds if it doesn’t detect torque being applied to the wheel.

If the driver fails to respond to an alert, the car will eventually slow down and come to a stop on the side of the road if the environment allows it.

It’s unclear how Samek avoided that for so long if he was asleep at the wheel. We contacted Tesla about the issue, but a spokesperson said that they don’t know how.

The CHP is investigating the use of Autopilot in relation to the incident.

First of all, great job by the police here. They managed to spot him sleeping and it looks like they even put a patrol car in front of the Tesla in order to slow it down.

Also, Autopilot likely made the situation safer here since if the driver would have driven his own car anyway, he would have most likely fallen asleep too and it could have resulted in an accident.

That said, it’s obviously not the purpose of Autopilot under its current version and you should never take the wheel after drinking.

What I find most interesting in this case is how the Model S on Autopilot kept driving for miles seemingly without input from the driver to cancel the “Autopilot nag.”

Was he putting pressure on the wheel while he was asleep? Did he use one of those Tesla Autopilot ‘buddy’ hacks to avoid ‘nag’?