Tesla has long been saying that it is leading competition in terms of battery costs, but now a report is backing up their claims as UBS says that Tesla’s Gigafactory 1 batteries made by Panasonic have a 20% cost advantage over LG.

Panasonic and LG Chem are regarded as two leaders when it comes to battery cell manufacturing for the automotive market.

Samsung SDI, CATL, and SK Innovation, amongst others, are trailing not far behind.

But through its partnership with Tesla at Gigafactory 1, Panasonic is also making some custom batteries directly for the automaker.

Tesla owns the facility, participated in the design of the cell, and it is involved in the entire supply chain, while Panasonic is in charge of the manufacturing.

When first announcing the project, Tesla guided for a 30% cost reduction over the current batteries it was buying from Panasonic in Asia.

The Gigafactory 1 cost reductions with the new 2170 battery cells were supposed to enable the $35,000 base price of the Model 3.

It has yet to happen, but it has nonetheless resulted in a significant drop in cost, which is now the leading battery cost, according to a new report from UBS.

They claim to have put a team of engineers together to calculate the cost of battery cells from each of the top manufacturers. They say that the batteries manufactured by Panasonic at Tesla’s Gigafactory 1 are 20 percent more cost efficient than the second best, which are from LG Chem (via Financial Times): 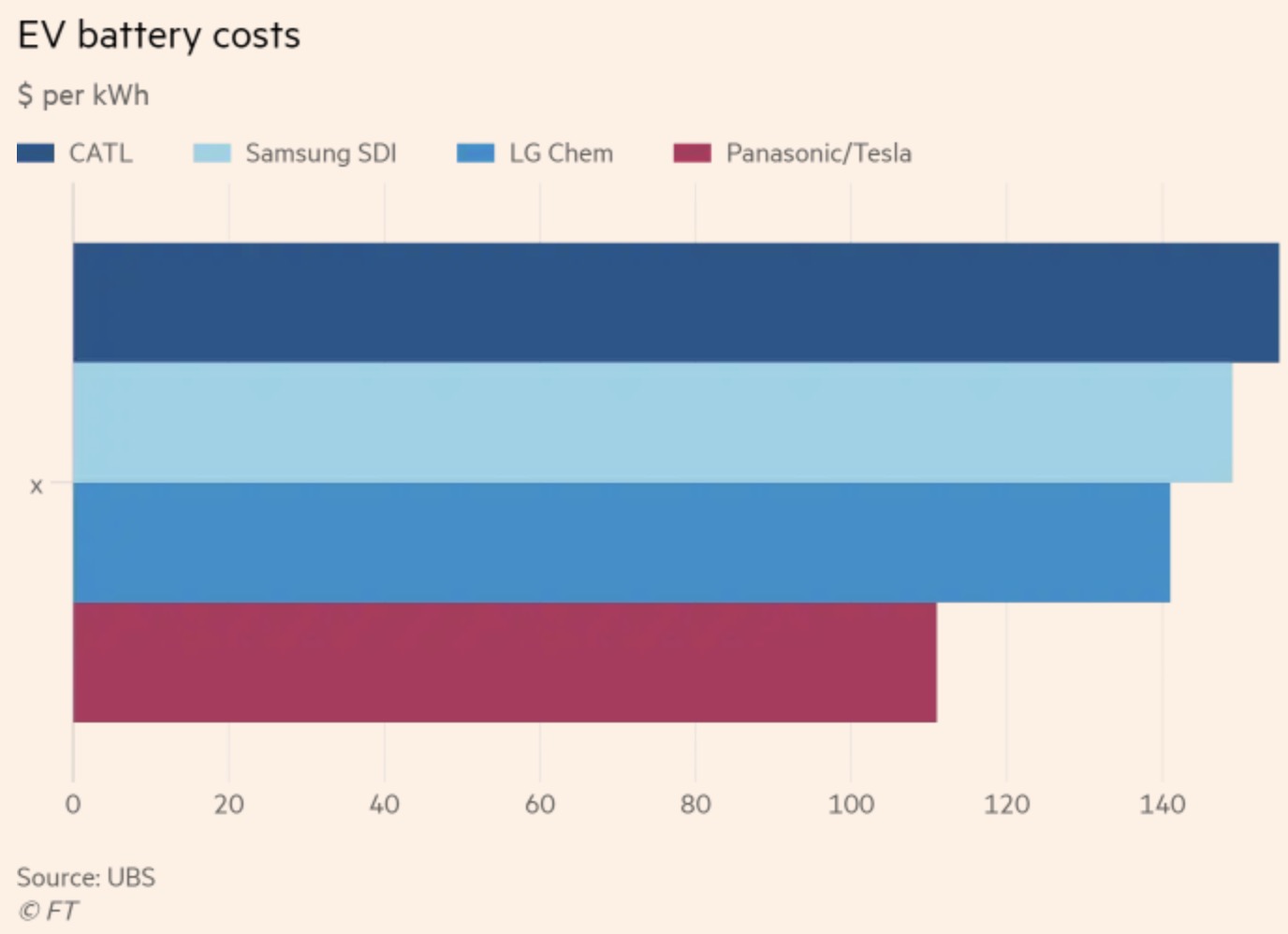 Tesla recently said that it aims to be at $100 per kWh by the end of the year. The new cost level would enable the production of the standard Model 3 battery pack next year.

I would take this report with a grain of salt. Not only because I have my doubts about UBS following their questionable previous report about Tesla’s $35,000 base Model 3 being a money-losing car, but also because of their cost analysis of the other battery cells.

Audi says that it is buying batteries at $114 per kWh for its upcoming e-tron quattro. LG Chem is reportedly the supplier, which doesn’t align with the cost reported by UBS.