Audi claims to be buying batteries at ~$114/kWh for its upcoming electric cars, says CTO 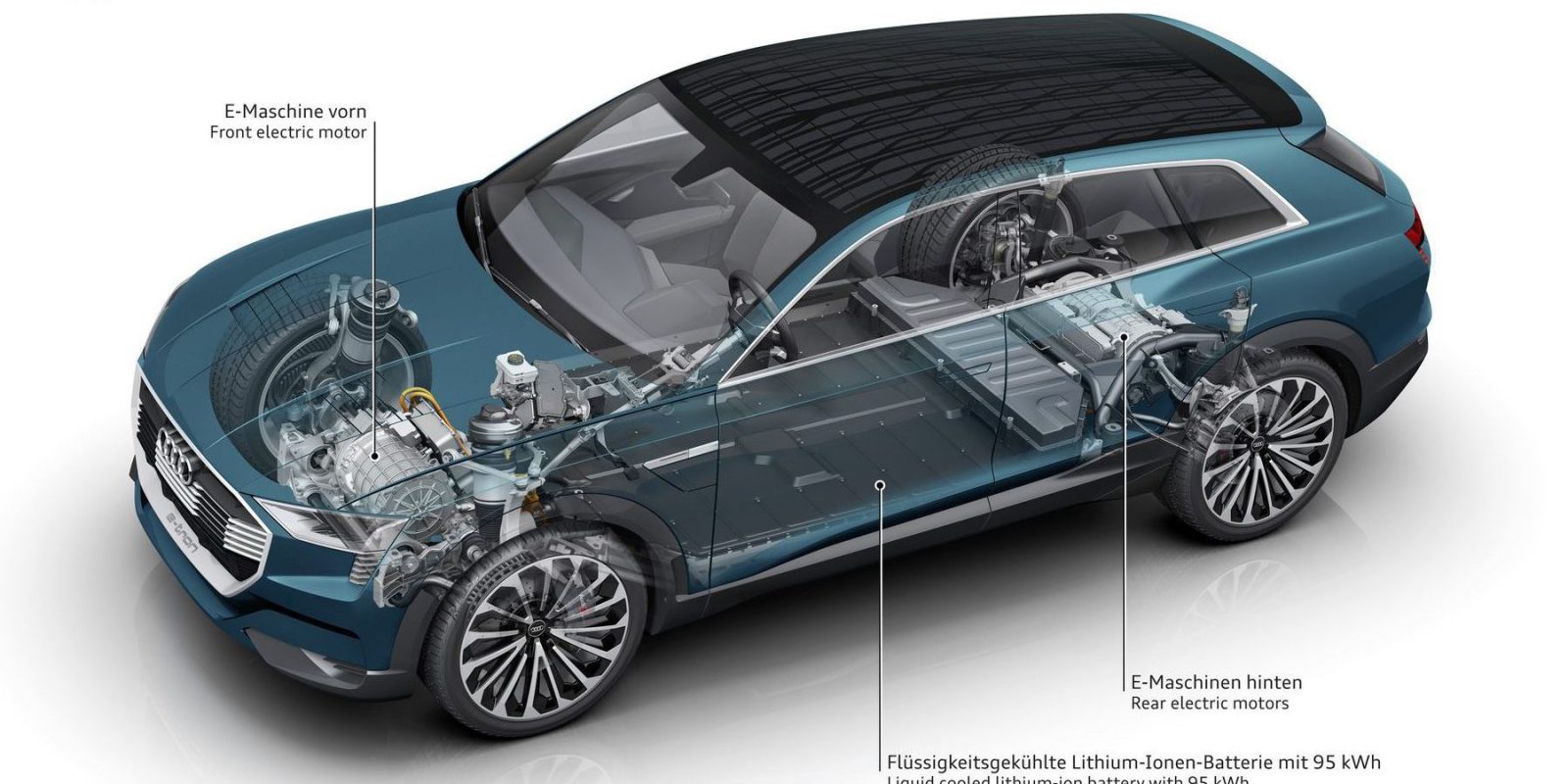 Automakers and battery makers have been quite secretive about their battery costs, which have long been believed to be one of the main barriers to electric car adoption.

It’s why it’s surprising to see Dr. Peter Mertens, Audi’s senior vice-president of research and development, disclosing the cost of the automaker’s batteries for the upcoming new generation of vehicles that they are about to launch.

Audi is planning to launch three new all-electric vehicles by 2020 – starting with the e-tron quattro next year, followed by the Sportsback in 2019, and a third unannounced vehicle after that.

In an interview with the German magazine auto motor und sport last week, Mertens disclosed the cost of the batteries for the upcoming quattro:

“We have opted for a top-down strategy because most buyers will be found in this segment. Currently, one kilowatt-hour costs around 100 euros (~$114 USD per kWh) depending on the model. Only when we are significantly lower than this price is e-mobility also interesting in volume segments.”

The comment is especially interesting because he actually refers to that price as being expensive, while it could be close to an industry leading price.

To be clear, he is definitely referring to battery cell cost and not battery pack cost, but it is still an impressive price if you compare to, for example, the price GM is paying LG Chem for the Chevy Bolt EV battery cells, which they disclosed at $145 per kWh for the first year of production.

On the other hand, Tesla claims to have the industry leading cost of batteries, but it has only officially disclosed being under $190 per kWh back in 2016, but that was for both the battery cell and battery pack costs – and before the Gigafactory.

Even though he referred to the cost as being high, Mertens said that they still expect to make a profit on the e-tron quattro despite smaller than on its gas-powered counterparts.

While he said that they were waiting for the cost of batteries to come down before reaching higher volume, Audi said that they don’t want their upcoming EVs to be compliance cars. They are investing in volume production and they recently unveiled the first stages of expansions at the plant to support electric car production.

It’s interesting that battery costs are starting to get low enough that they will soon not be an excuse to automakers not to mass produce EVs.