Tesla is pushing a new software update to the Model 3 this week that includes new climate controls, a new anti-theft feature, and more.

The automaker started releasing a new version of its v9 software (2018.44).

Among the new features, Tesla is updating the climate controls.

They wrote in the release note.

“You can focus air from the vents onto one area, or pinch to split the airflow. The 3D visualization of the dashboard has been tuned to more clearly display airflow in the center region. To allow for more precision, you can now drag the air to the desired area instead of tapping.”

I played around with the new climate controls and made a quick video demonstration:

They wrote in the release notes:

We have heard of several stories in North America where owners ended up tracking thieves who had stolen their cars through the Tesla app and it led to the police intercepting the thieves.

But there have been strings of Tesla thefts in Europe where thieves were informed enough about Tesla vehicles to disable the mobile access, which include GPS tracking through the app.

We reported on several Tesla vehicle thefts through relay attacks in Europe earlier this year and the cars were never recovered.

Now they would need your Tesla account password to disable the feature. Here I tried to disable it in my own car: 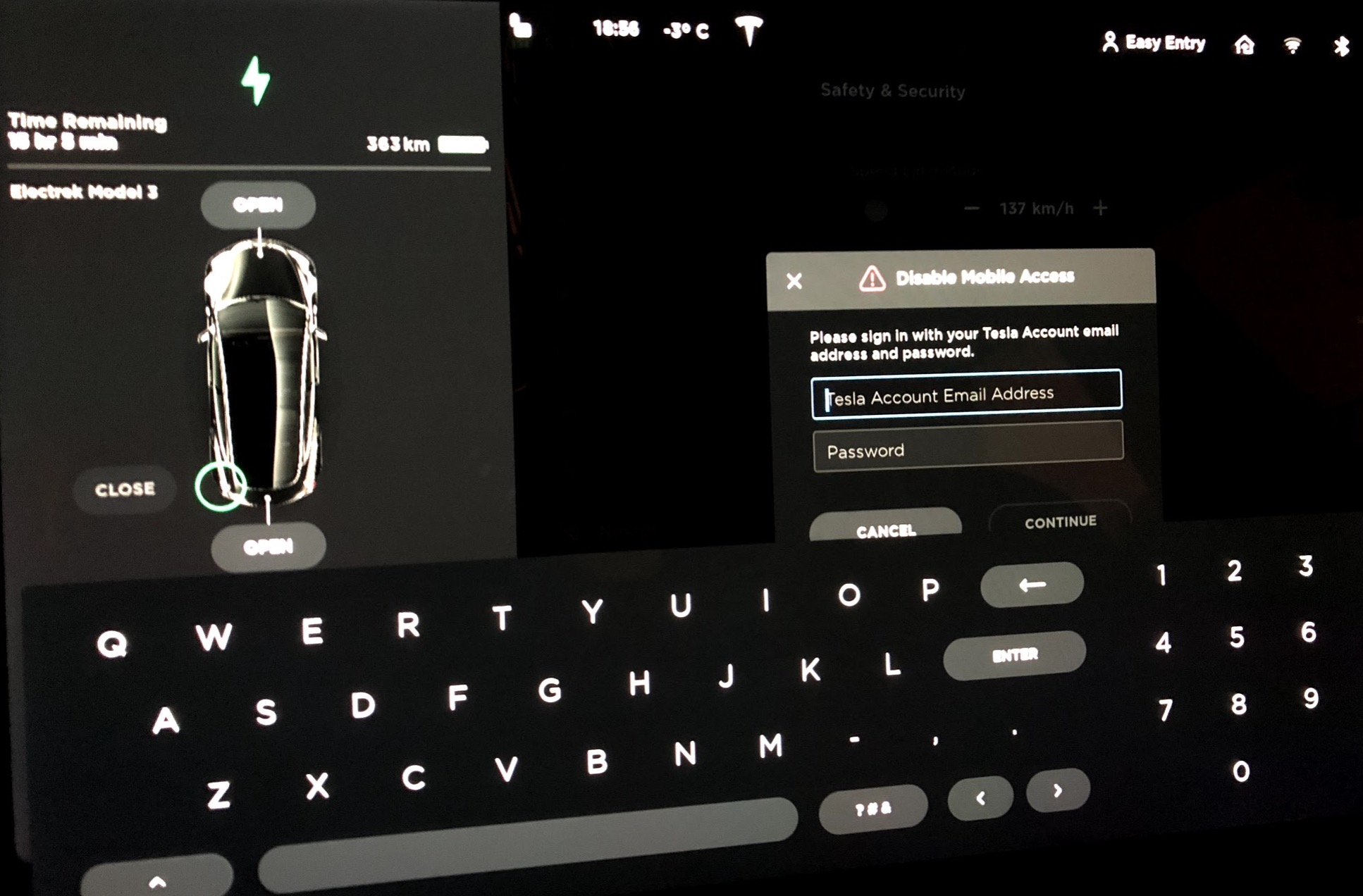 The new update also includes the Summon feature for the Canadian market, where it wasn’t available for the Model 3 before.

Requiring the Tesla username and password to disable mobile access is definitely something that should have been introduced sooner.

It would have saved some owners a lot of headaches.

When a Twitter user suggested it to me last month, I couldn’t believe no one thought about it before. I sent it to Elon:

Wow. Why didn’t anyone think of that? Sounds like another good layer of security to prevent those recent thefts. Any reason why that wouldn’t work @elonmusk?

As for the new climate controls, it looks good and it is certainly easier to see the airflow.

It could be interesting for the recent issues that we reported on about the Model 3 doors in cold weather.

You could have the system direct hot air directly on the windows, which could help assure that they will go down when pulling on the door handle.

I’m going to try it the next time it gets cold.