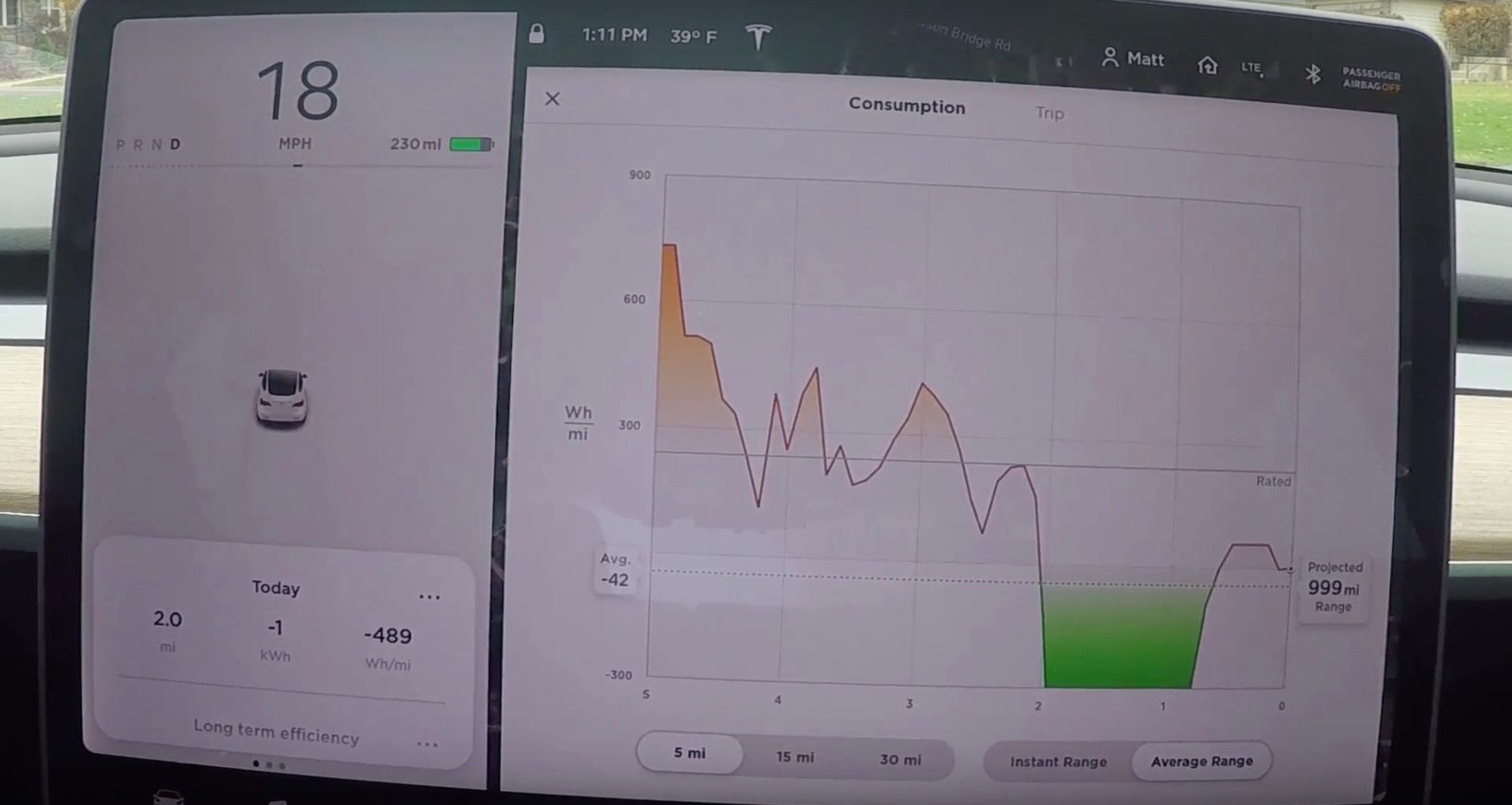 A courageous Tesla Model 3 owner did an interesting experiment with his electric car by charging it through regenerative braking by towing it with another car around the neighborhood.

Here are the results:

First off, you probably shouldn’t try this at home.

While it’s essentially the same as using the usual regenerative braking when decelerating, Tesla specifically says to only tow its vehicles on flatbed trucks in its owner’s manual.

If done properly, I don’t see it damaging the vehicle, but it’s not a great idea to go against Tesla’s recommendation, especially when the warranty is involved.

Nonetheless, YouTuber Tech Forum did it and it resulted in an interesting experiment.

He did the test following the latest version 9 software update, which resulted in more powerful regenerative braking for the Model 3 RWD.

They started at 227 miles of range – leaving some room for regen to get some power back into the battery pack.

Using a Ford C-Max as a tow car, they towed the Model 3 for 1 mile and the energy usage app showed 1,025 Wh/mile. Before the experiment, the app was showing an average of 268 Wh/mile, which is somewhat normal for the Model 3.

Following the test, the system projected an overall range of 999 miles, which of course doesn’t make sense and it’s likely the max range that it can show.

While the range indicator showed that they added about 3 miles of range, they were able to drive the car about 10 miles at the same low-speed that they were tow-charging it for 1 mile.

Those are some impressive results. Here’s the video of the experiment: