Tesla to build Model Y along with Model 3 at Gigafactory 3 in China, says filing

In a new regulatory filing in China, Tesla revealed that it will build its upcoming Model Y along with Model 3 at its new Gigafactory 3 in Shanghai.

Earlier this summer, the company announced a deal with the Shanghai government to build a wholly owned local factory.

They have now accelerated their plans in response to the trade war between the US and China.

Last week, Tesla announced that it secured 210-acres of land for Gigafactory 3 in China and said that it is ‘on track’ with the accelerated construction plan.

Earlier this year, we reported that work started at the site of the factory.

Now according to Reuters, Tesla revealed in a new filing by the environmental assessment firm conducting a feasibility study for the project that they plan to produce both Model 3 and Model Y at the location.

Model 3 was already confirmed and Model Y was suspected but unconfirmed at this point.

The report also says that an annual capacity of 250,000 vehicles is planned.

That’s expected to be the initial production capacity as Tesla plans to ramp up to 500,000 units per year.

But this timeline hasn’t been updated since Tesla “accelerated” its plans for Gigafactory 3 and has now already started construction.

It’s now the first confirmed manufacturing location for Model Y. We recently published a report on everything we know about Tesla’s upcoming electric crossover.

It could likely end up being the first place where the Model Y is manufactured, but it’s unlikely going to be the only one.

Tesla previously said that Gigafactory 3 is going to supply cars for local demand and not exportation.

Unless plans have changed, the Model 3 and Model Y vehicles build at Gigafactory 3 will all stay in China. It’s not hard to imagine the Chinese market consuming 250,000 to 500,000 Tesla vehicles per year considering how fast the market is growing there.

They are likely making other plans for manufacturing in the US.

Earlier this week, we asked our readers where they think it will be built and the leading theory, for now, is Gigafactory 1 in Nevada: 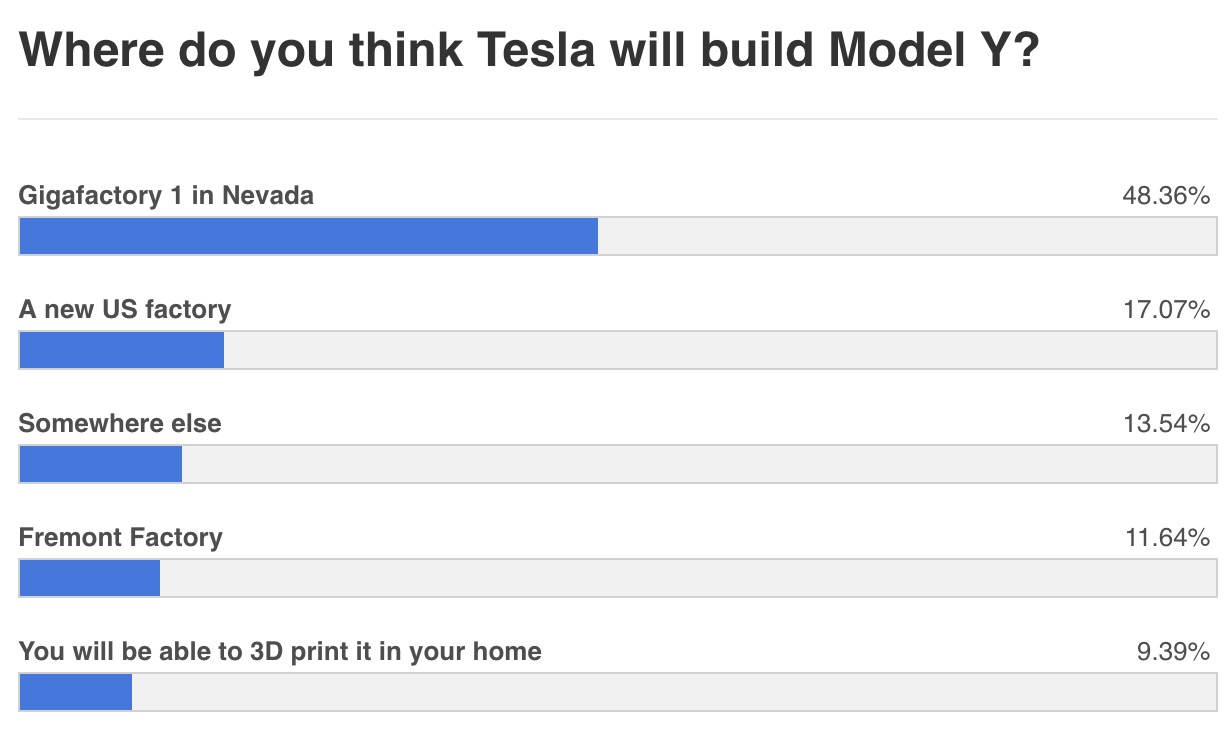