In a somewhat controversial move, Tesla is removing the option to buy its ‘Full Self-Driving Capability’ package from the online design studios of its vehicles.

The option itself was controversial from the beginning when it was introduced with the Autopilot 2.0 hardware in 2016.

At the time, Tesla said that it would release self-driving capability through over-the-air updates after validating the software and having regulatory approval.

Of course, two years later and that has yet to happen, but Tesla has always claimed that it is still in the works.

Now the automaker has removed the option, which has cost between $3,000 and $5,000, on the online design studios of all its vehicles.

Only the $5,000 Enhanced Autopilot package is now officially available to order: 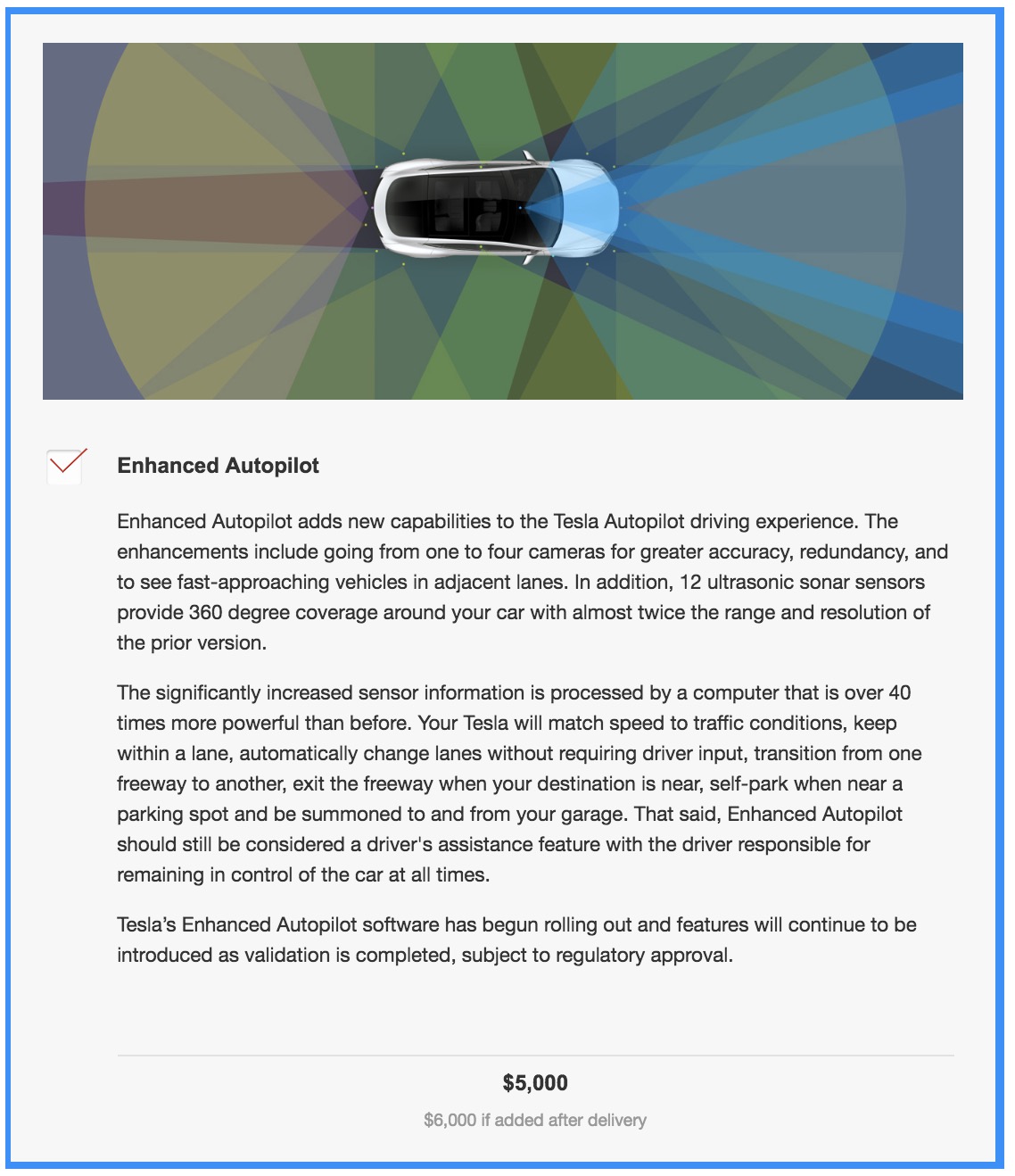 CEO Elon Musk said that the ‘Full Self-Driving Capability’ package was creating too much “confusion”.

Tesla insists that they are still working to make the feature available to vehicles as originally planned and buyers can still order it as an “off the menu item” for the next week, but after that, they are unlikely to make the option available to purchase until they actually start rolling out the feature.

It’s weird that it took them two years to realize that they shouldn’t sell a feature that they are nowhere near to release.

What is even weirder is that the package just started to make sense to me because now it felt more like a pre-order of Tesla’s new neural net computer, which the automaker promised to offer as an upgrade to all Autopilot 2.0+ owner who ordered the ‘Full Self-Driving Capability’ package.

While the majority of people I know these days order the cars without the package, they still order thinking that one day they might be able to upgrade to full self-driving through an over-the-air update.

That has value in of itself.

Tesla says that they will still be able to do that but only when the feature is rolling out.