The automaker has long offered a chrome silver wall connector as a residential charging option for customers, and it is also the charge connector used as part of Tesla’s Destination Charging network.

It has remained mostly the same over the past 5 years outside of a slight update in 2016 that introduced a new power-sharing feature as an optimized solution for customers with multiple Tesla vehicles.

As part of Tesla’s referral program, the automaker also introduced a Signature Black Wall Connector with an etch of Elon Musk’s signature.

Now, Tesla is introducing a similar but different Black Wall Connector that customers can directly purchase from Tesla’s website: 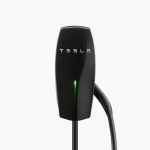 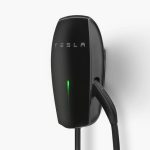 This new version features a more glossy finish than the matte black of the Signature version, hence the name.

Like Tesla’s previous Wall Connector, which is still available for sale, the device is $500, which is fairly cheap for a charger of that capacity (up to 90 amps).

Depending on your vehicle’s onboard charger and the circuit breaker on which the Wall Connector is installed, you will have different charging capacities from ~35 km (22 miles) per hour to 93 km (58 miles) per hour.

Tesla offers its own recommendations per model:

That said, it also depends on your own needs, and many people don’t really need that kind of charging power for overnight charging.

Unlike the other chrome version of the charger, it doesn’t seem to be available with a 8.5′ cable and instead, only the 24′ cable appears to be available on the website.

Keep in mind that your Wall Connector needs to be installed by a qualified electrician. Tesla offers installation in certain markets, but most master electricians are qualified to install electric vehicle chargers.

Installation costs vary greatly based on the location of your electrical panel versus where you want the charging station.