It has been a while since we have seen the working prototype of the next-gen Tesla Roadster, but it has now made a rare appearance and several new images have emerged on social media.

The last time we saw Tesla’s new hypercar was at the Grand Basel auto show last month, but it was only a design prototype.

As far as we know, Tesla only has one working prototype of the new Roadster, which was first unveiled last year at the Tesla Semi unveiling event in Hawthorne, California.

It seems like the prototype has been staying in Tesla’s design studio while the automaker focused on other things before attempting to bring the new electric vehicle to market.

But now it has made a rare appearence outside the design studio, which briefly served as a delivery area during Tesla’s end-of-the-quarter push last weekend (picture by @scaleoutsavant via Twitter): 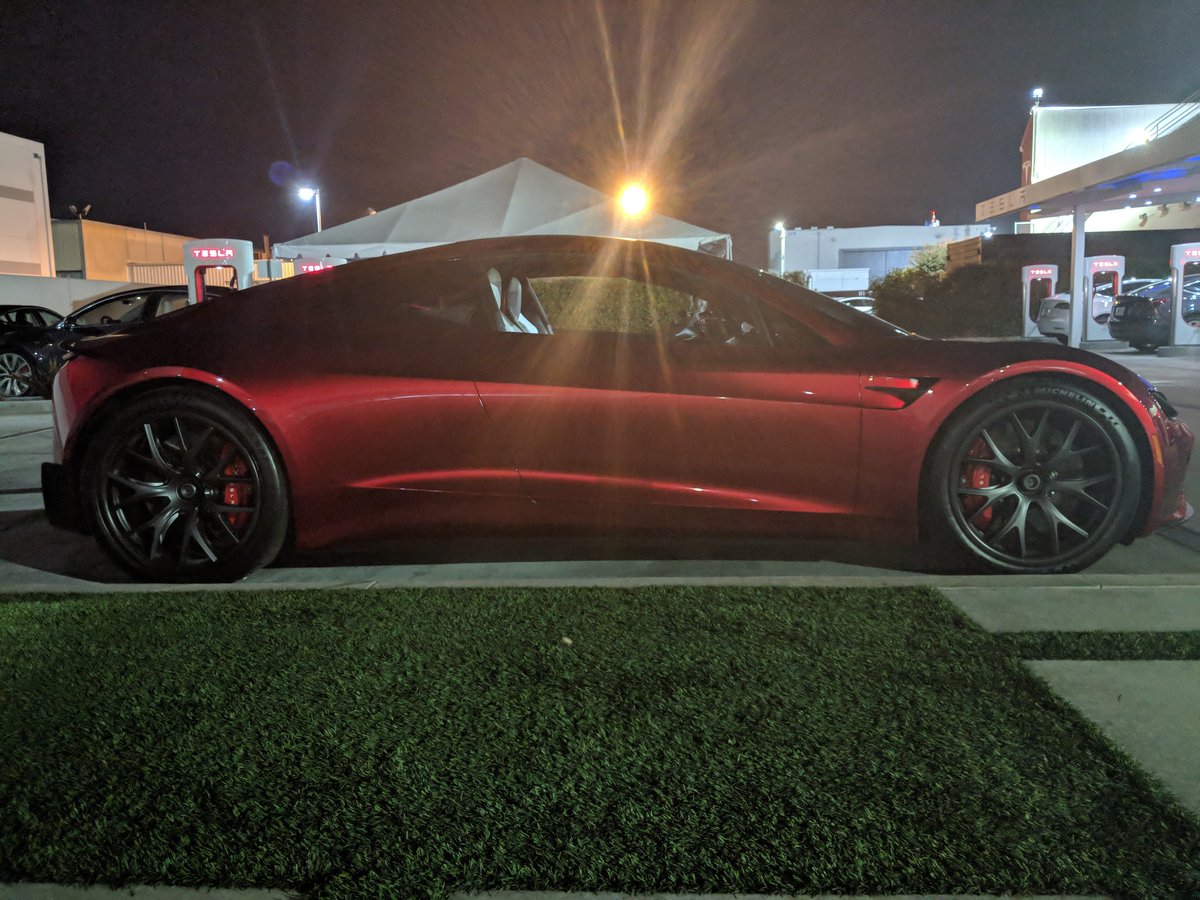 Tesla CEO Elon Musk even reportedly stopped by to help deliver some vehicles.

It looks like Tesla left the Roadster around for a while since more pictures emerged on social media during the following days resulting in some eye candy for the fans of the new Roadster (by _burzyns, carolinebpark, and jus2powerful via Instagram):.

He has also been talking about a “SpaceX package” for the Roadster, which would include cold air thrusters.

The automaker is currently taking reservations for the $200,000 base version with an insane $50,000 deposit and for the $250,000 Founders Series, which requires the full price as a refundable deposit.

The vehicle has also been a prize as part of Tesla’s referral program for owners. Based on some tallies, it appears that at least 20 people have already accumulated enough referrals to get the car for free (myself included for full disclosure).