As we have been discussing for a while, we are seeing more consolidation within the auto industry when it comes to autonomous driving technology as automakers are trying to bet on the right horse.

In the latest example of that consolidation, Honda is betting on GM’s cruise to build autonomous vehicles.

GM’s subsidiary, Cruise automation, scored a $750 million investment from the Japanese automaker to partner on “the large-scale deployment of autonomous vehicle technology.”

They described the partnership in a press release:

“Honda will work jointly with Cruise and General Motors to fund and develop a purpose-built autonomous vehicle for Cruise that can serve a wide variety of use cases and be manufactured at high volume for global deployment. In addition, Cruise, General Motors and Honda will explore global opportunities for commercial deployment of the Cruise network.”

They added that “Honda will contribute approximately $2 billion over 12 years to these initiatives, which, together with a $750 million equity investment in Cruise, brings its total commitment to the project to $2.75 billion.”

Following the recently announced $3 billion investment from SoftBank, it now brings the post-money valuation of Cruise to $14.6 billion.

That’s for a company that has yet to commercialize its product and it is operating a relatively small fleet of test vehicles.

“This is the logical next step in General Motors and Honda’s relationship, given our joint work on electric vehicles, and our close integration with Cruise. Together, we can provide Cruise with the world’s best design, engineering and manufacturing expertise, and global reach to establish them as the leader in autonomous vehicle technology – while they move to deploy self-driving vehicles at scale.”

“Honda chose to collaborate with Cruise and General Motors based on their leadership in autonomous and electric vehicle technology and our shared vision of a zero-emissions and zero-collision world. “We will complement their strengths through our expertise in space efficiency and design to develop the most desirable and effective shared autonomous vehicle.”

Kyle Vogt, who founded Cruise before it was acquired by GM and is now CEO of the subsidiary, also commented:

“With the backing of General Motors, SoftBank and now Honda, Cruise is deeply resourced to accomplish our mission to safely deploy autonomous technology across the globe. The Honda partnership paves the way for massive scale by bringing a beautiful, efficient, and purpose-built vehicle to our network of shared autonomous vehicles.”

In 2016, GM stepped into the autonomous driving scene in a big way by acquiring the startup.

At the time, the startup didn’t have much more than a rough prototype, but self-driving startups were being acquired left and right and GM ended up paying ~$1 billion for Cruise. Tesla referred to what GM was acquiring as ‘little more than demoware’.

They made some significant progress based on an impressive real-world self-driving demo of their Bolt EV prototype of which they now have over 100 driving in California, Arizona, and Michigan.

They are already using part of their fleet to carry Cruise employees “anywhere in San Francisco using their app” – an early version of the service they plan to offer to the public next year.

Now they plan to use those recent large cash infusions to bring their product to market. GM teased a new vehicle with the announcement today: 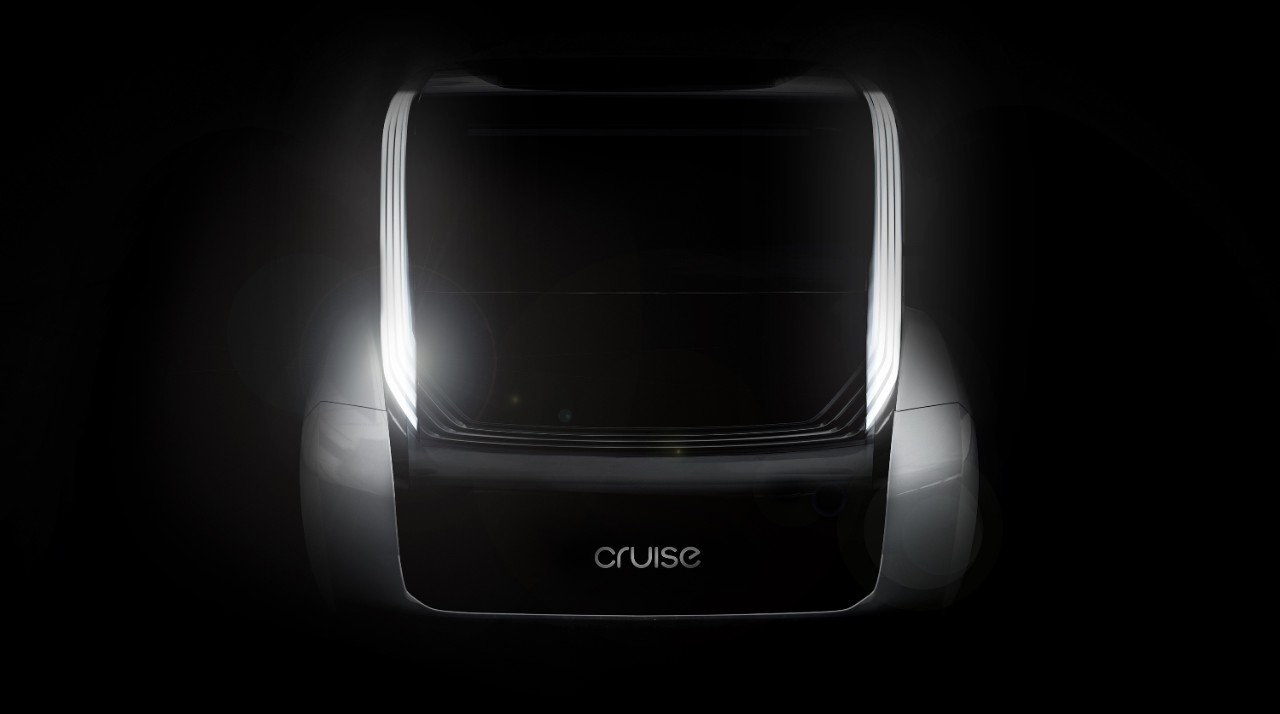