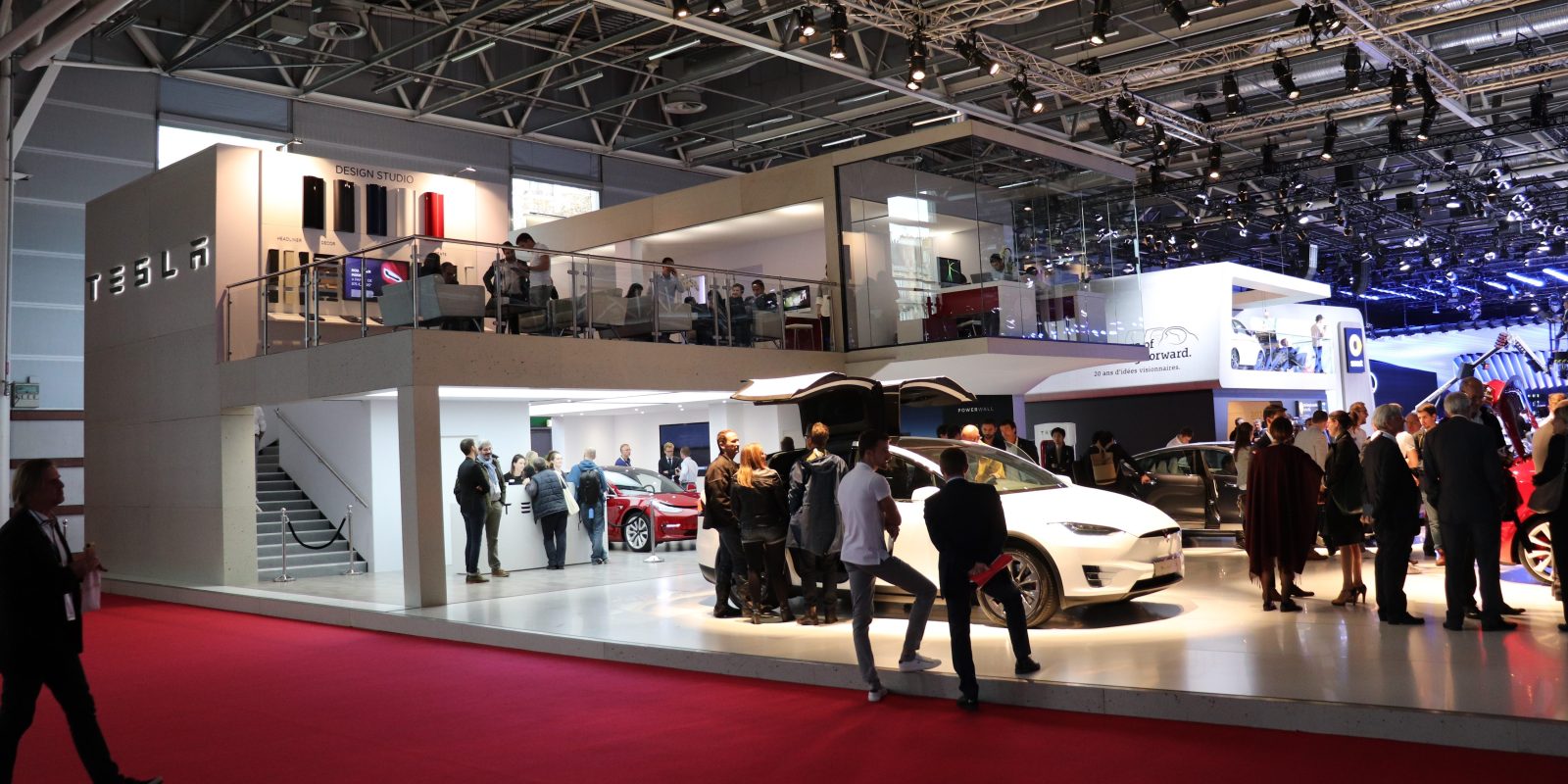 A few feet from Tesla’s booth at the Paris Motor show, BMW was unveiling its new 3-Series. Surprisingly, Tesla’s Model 3 was attracting just as big a crowd despite not really being new.

Many have pinned Tesla’s latest entry to be a competitor to the BMW 3 Series and the vehicle is already being quite disrupting in the segment.

BMW’s popular sedan was also in the top 5 of cars Tesla Model 3 buyers are trading in.

It’s why it wasn’t too surprising to see so many people gathering around the Model 3 at the Paris Motor Show even though the new BMW 3 Series was just a few dozen feet away.

And that was just during the press and industry day. Later this week, the show will be opened to the public.

Furthermore, as we reported last week, Tesla has also invited French reservation holders to come see the vehicle in person.

The company wrote (translated from French):

“We are happy to announce that the Model 3 will be displayed in France for the first time at the Mondial de l’Automobile in Paris.

Join us from October 4 to 14 to get inside the Model 3 and discover its panoramic roof, its premium interior and its 15-inch touchscreen.

Reservation holders will be offered to “skip the line” with a ID and their reservation numbers. The price of the vehicle will be shared later.”

We asked Tesla representatives at the booth and they couldn’t confirm any European price for the Model 3 yet.

A few months ago, Tesla CEO Elon Musk said that the Model 3 international expansion has been pushed to early and mid 2019. Pricing is expected to be announced months before that as Tesla opens orders to reservation holders.

Here are more pictures of Tesla’s booth at the Paris Motor Show: