Ahead of its European expansion, Tesla is bringing the Model 3 to the Paris Motor Show and it is inviting French reservation holders to come see the car.

It’s one of the rare appearances of Tesla’s new vehicle at a major car show.

The California-based automaker is not a regular at car shows, but there are a few of them that Tesla comes back to, including the Paris Motors Show – also known as the Mondial de l’Automobile.

They are coming with the Model 3 this year and it will be a rare opportunity for Model 3 reservation holders to see the car in person.

“We are happy to announce that the Model 3 will be displayed in France for the first time at the Mondial de l’Automobile in Paris.

Join us from October 4 to 14 to get inside the Model 3 and discover its panoramic roof, its premium interior and its 15-inch touchscreen.

Reservation holders will be offered to “skip the line” with a ID and their reservation numbers. The price of the vehicle will be shared later.”

Here’s the original email in French: 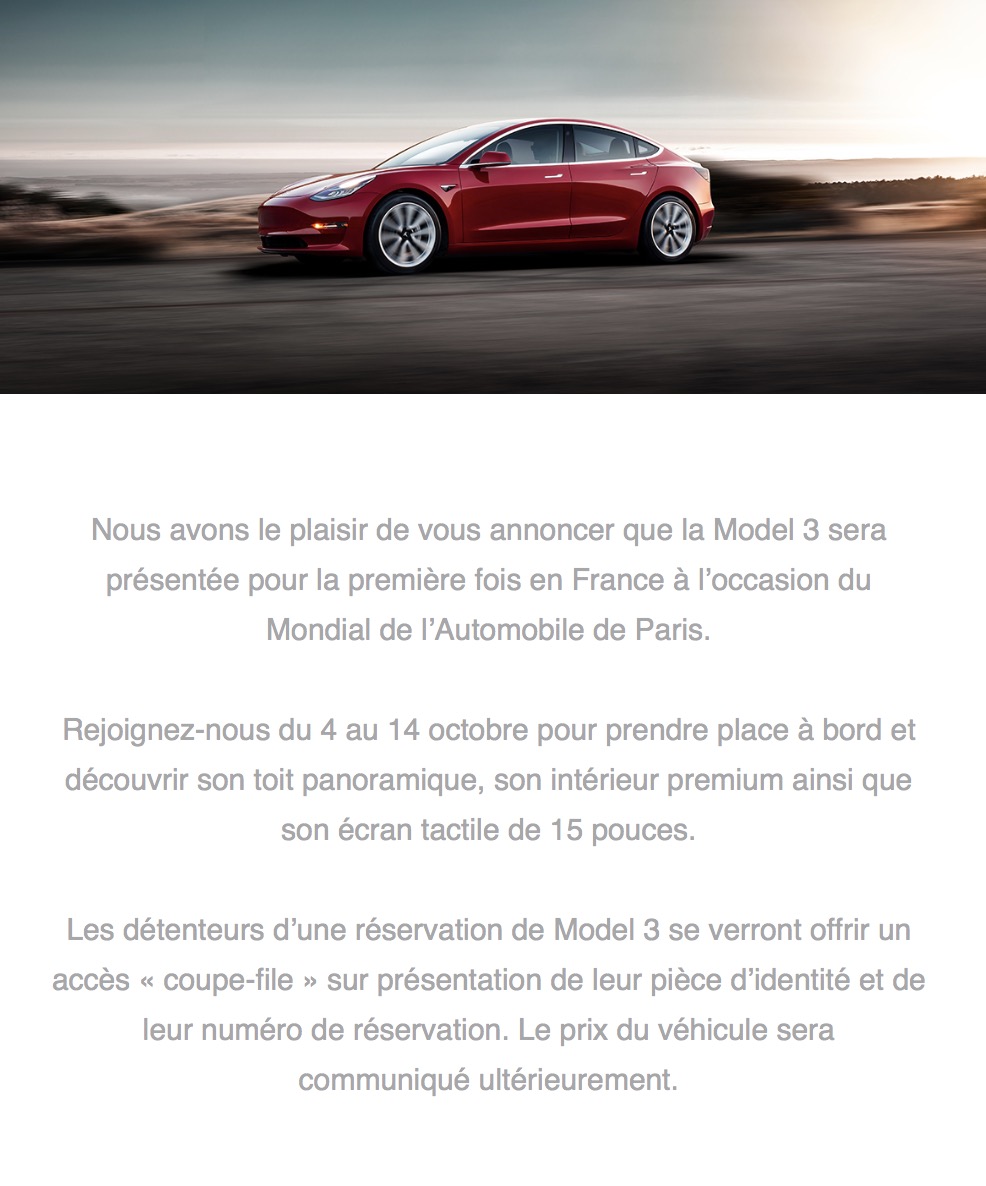 As we reported earlier this week, Tesla is preparing Model 3 production for upcoming European expansion.

The automaker appears to be making its first small batches of Model 3 vehicles for European markets as it is preparing to expand the vehicle’s reach next year.

A few months ago, Tesla CEO Elon Musk said that the Model 3 international expansion has been pushed to early and mid 2019.

The Paris Motor Show has proven popular with electric vehicles in recent years and Tesla has been a regular exhibitor.

For the first time, Electrek will be there this year. If you are around, make sure to say hi and let us know if there are some cool electric vehicles to check out while we are there.