It is an interesting time for Tesla Autopilot and its different option packages ahead of upcoming updates.

It comes as Tesla will supposedly launch version 9.0 of its software soon, which should include long-awaited Enhanced Autopilot features.

Over those last two years, the package utilizing Tesla’s 2.0 and 2.5 Autopilot hardware suites have seen little improvements over Tesla’s first generation Autopilot, but now should finally get the much-improved features promised years ago.

Today, the company updated the price of the package when ordered after delivery from $6,000 to $5,500: 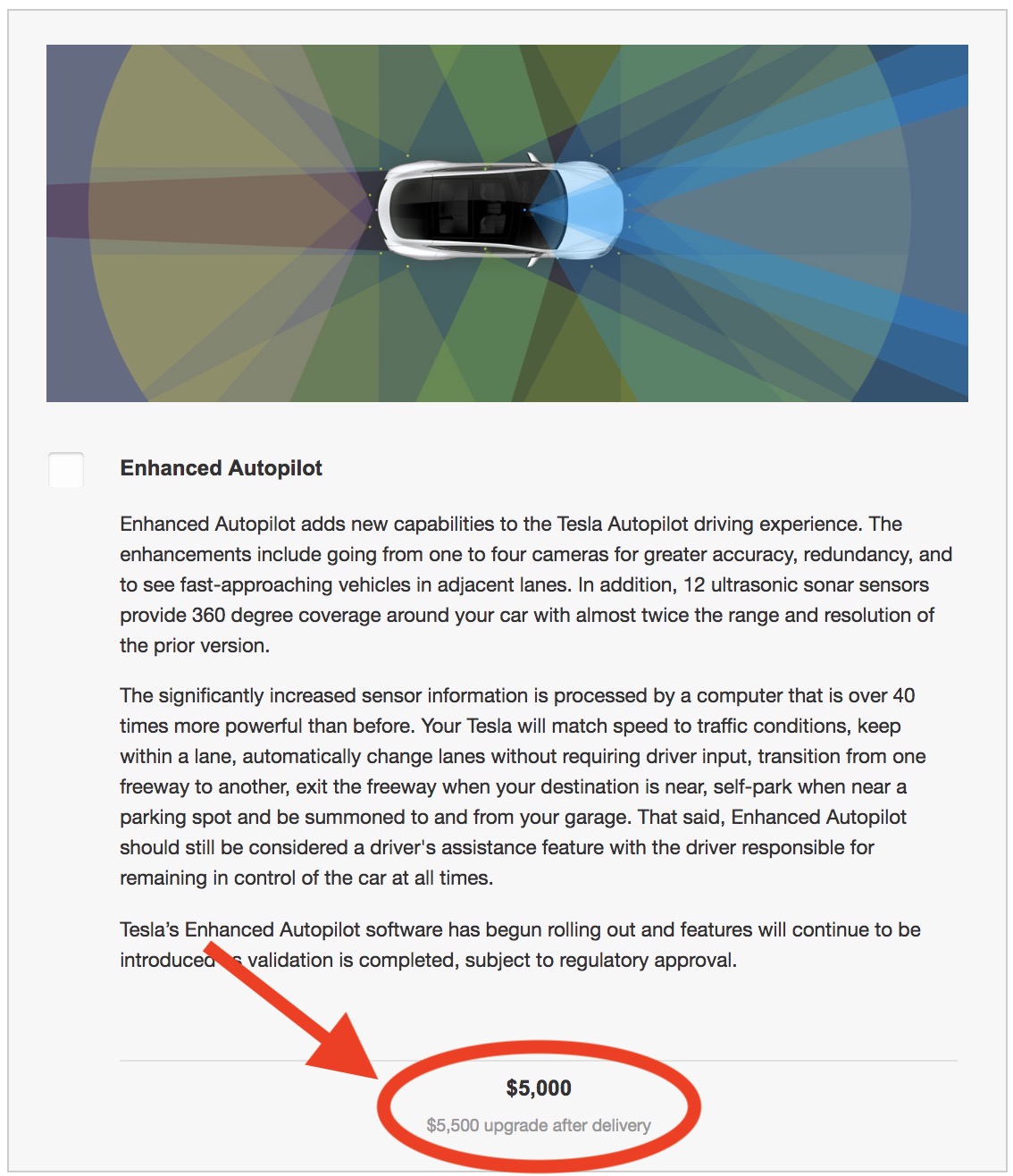 A source told Electrek that the change is only temporary until September 24. We contacted Tesla about the change, but the automaker didn’t comment.

It comes after Tesla started rolling out new free 2-week over-the-air Autopilot trials after which owners can decide to buy the Enhanced Autopilot package.

Back in June, Tesla also increased the price of its ‘Full Self-Driving Capability’ package over-the-air update.

In order to get the package, buyers need to have the ‘Enhanced Autopilot’ package, which costs $5,000 when ordering the vehicle and $6,000 ($5,500 for now apparently) if buying later through an over-the-air update.

Once you have this package, the ‘Full Self-Driving Capability’ costs $3,000 when ordering and it used to cost $4,000 when buying over-the-air later until Tesla increased the price to $5,000 in June.

Tesla told Electrek that they will honor the original price for existing owners who didn’t buy the package thinking that they could later upgrade over-the-air for $4,000, but it has yet to fix the issue after we inquired several times over the past 2 months.

Earlier this month, Elon Musk said that Tesla’s new Autopilot hardware upgrade will be free for owners with the $3,000 to $5,000 ‘Full Self-Driving’ package.

Based on the timing of the free trials and the price decrease, it looks like Tesla is trying to get some more money from its owners before the end of the quarter.

It makes sense as the company is attempting to become profitable this quarter and those vehicles have already been delivered – a $5,500 over-the-air update can make a difference.

That said, I am disappointed that Tesla still hasn’t fixed the price change of the ‘Full Self-Driving Capability’ package 2 months and several inquiries later. I am still getting reports from owners with a $5,000 upgrade cost even though they were told it would be $4,000 when they ordered.

Let me know what you think in the comments section below.