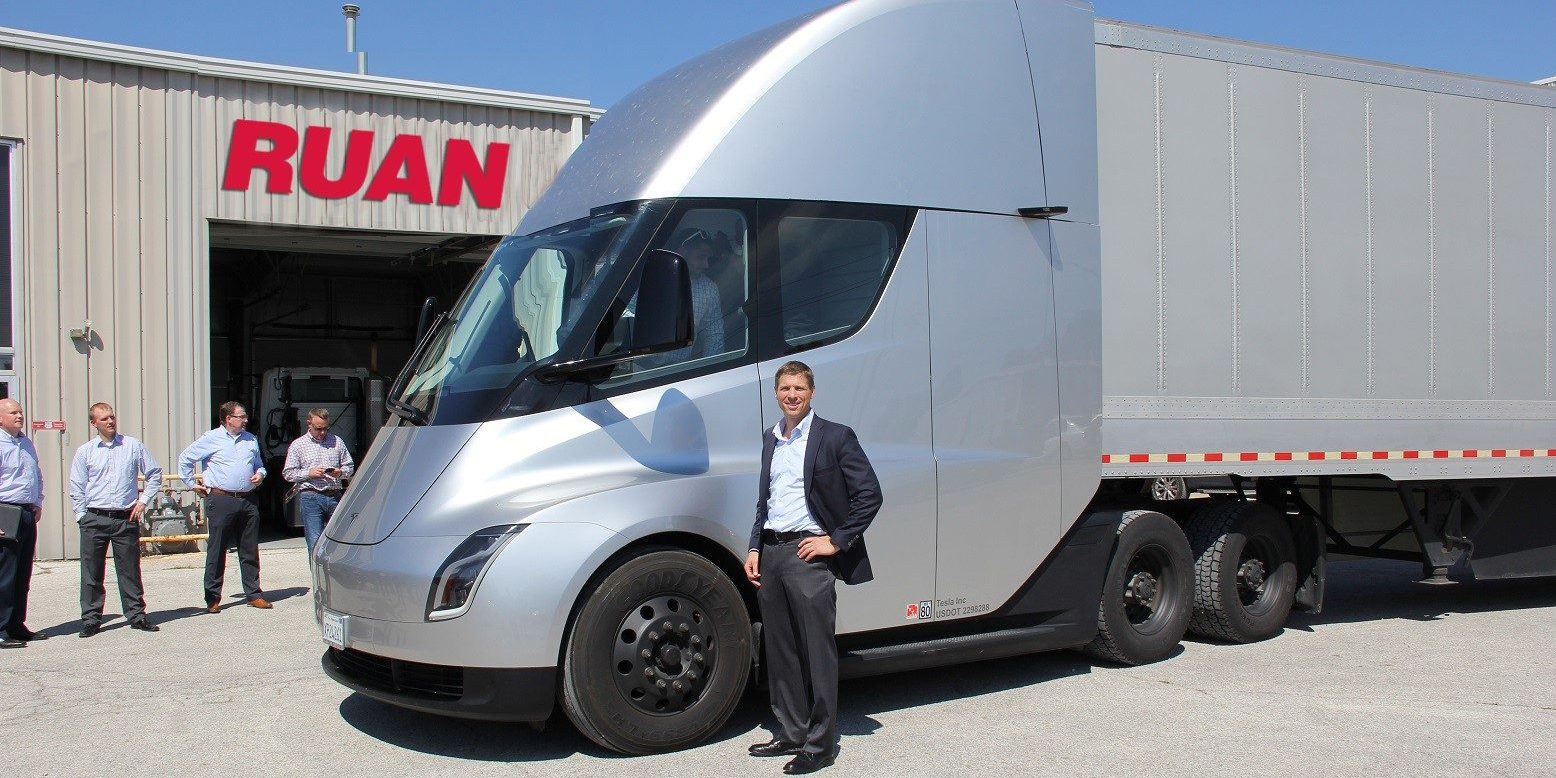 A Tesla Semi is accumulating a lot of miles in the past few weeks in what appears to be a mix of the electric truck’s test program and tour to show off the prototype to reservation holders.

The electric truck is now in Iowa, where it stopped at another reservation holder: Ruan Transportation.

Those companies are Tesla Semi reservation holders as Tesla appears to tour the truck with potential customers.

Tesla CEO Elon Musk said that Tesla Semi made it ‘across the country alone’ with only Supercharger network and an extension cord.

He added that “most major customers have tried it and love it.”

The Tesla Semi prototype is now in Des Moines, Iowa and it stopped at Ruan Transportation, a fleet management company who reserved 5 trucks and is helping Tesla throughout its test program.

They shared a few images of the Tesla Semi prototype today:

James Cade, vice president of fleet services at Ruan, commented on the vehicle:

“We are excited to have an opportunity to experience the new electric semis. The reservation of these vehicles is part of Ruan’s sustainability efforts and commitment to providing our customers and professional drivers with the best technology available,”

Ruan, has a fleet management company, is also especially excited about the truck’s “remote maintenance and diagnostics capabilities”.

They wrote in a blog post about the truck stopping by today:

“The semis also come equipped with Tesla’s remote maintenance and diagnostics capabilities. Technicians will be alerted to any issues or regular maintenance needs from anywhere in the country using Tesla’s online portal or app. The truck’s diagnostics system includes the timeline of needed repairs, allowing teams to plan for scheduled upkeep.”

Cade added that they continue to work with Tesla through the electric truck’s development program:

“We will continue to be involved with the team at Tesla Motors as they introduce the trucks to the market. We will work with them directly to ensure the vehicles will serve us and our customers to the level we both expect.”

The company says that it expects to take delivery of its 5 Tesla Semi truck in 2019. (Update: Ruan has since removed that mention.)

Tesla has previously said that it aims to bring the electric truck to production next year, but it has yet to announce where it will be manufactured.