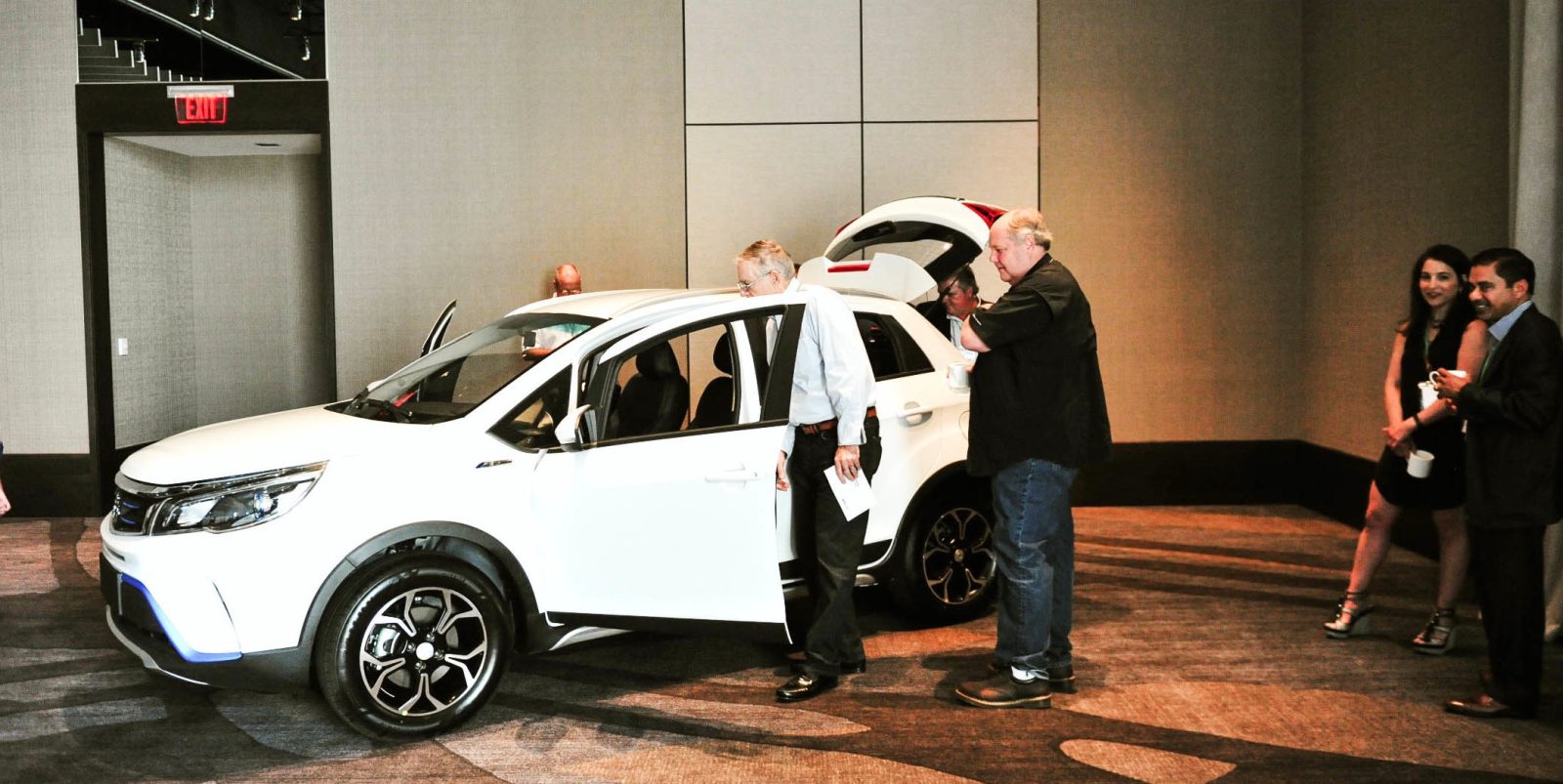 The automaker, which is closely linked to Geely, is the latest Chinese EV company to try to make its way into the American market.

Chinese automakers have long had difficulties entering the market due to safety and trade regulations.

In order to facilitate its entry, Kandi acquired an ATV dealer/distributor, Sportsman Country, in Texas earlier this year.

Last week, they unveiled two electric vehicles in partnership with Sportsman Country: the EX3, an all-electric SUV, and the K22, a subcompact electric car.

The company is already selling versions of those vehicles in China, but they have been updated for the US market.

“This is electrifying news, literally. The charging port settings, software system language and the user interface were upgraded from the original models to satisfy U.S. market needs. They are now compatible with DOT standards and conventional charging stations.”

Kandi CEO Hu Xiaoming said that these two models should be “very competitive in America”:

“Recently, we have conducted a series of surveys regarding the consumers’ preference for pure electric vehicle products in the American market. I am very pleased about the efficiency and diligence in our technical staff and US sales team in terms of preparation. It took our team less than a month to complete the upgrades necessary to comply with US standards. We will continue our efforts to expand our US market.”

They haven’t released any specifics in terms of pricing or timing for availability in the US, but they are now making it clear they want to enter the market.

The EX3 SUV is sold in China by Kandi as an electric version of Geely’s EX3 SUV where it is available for less than $20,000 after incentives.

The K22 is a smart-like electric subcompact, which is being advertised with a range of 83 miles (134 km).

Daimler’s electric smart hasn’t been a big success in the US, but Kandi is expected to bring the K22 to market at a much lower starting price.