Bosch unveils new electric semitrailers that can save over $10,000 per year through regen braking

The latest involves electrifying semitrailers to add regenerative braking on their axles. The company estimates that trucks will be able to save up to $10,000 per year through the system.

This is the second electrified trailer that we have learned about in just a few days after Dethleffs came up with an innovative new camper concept built for electric cars.

The new project will be presented at IAA Commercial Vehicles in Hannover.

Bosch will be demonstrating this new electrified axle with electric motors and batteries that can be integrated into semitrailers.

The company explains the idea behind the concept:

“The idea behind it is to integrate an electrical machine into the semitrailer’s axles, instead of simply allowing them to roll freely, as has been the case up to now. This means they can generate electricity during braking, and feed it into the trailer’s power units. In the case of a refrigerated trailer, the saving can be as much as 10,000 euros a year. If the cooling unit is operated using the power generated in this way, Bosch calculates that it can save up to 9,000 liters of diesel a year. An electrical start and acceleration boost function can help save additional fuel. Any fuel saving also reduces CO2 emissions.”

Bosch is using the SMG180 electric motor that is being used in the DHL’s StreetScooter delivery vehicle: 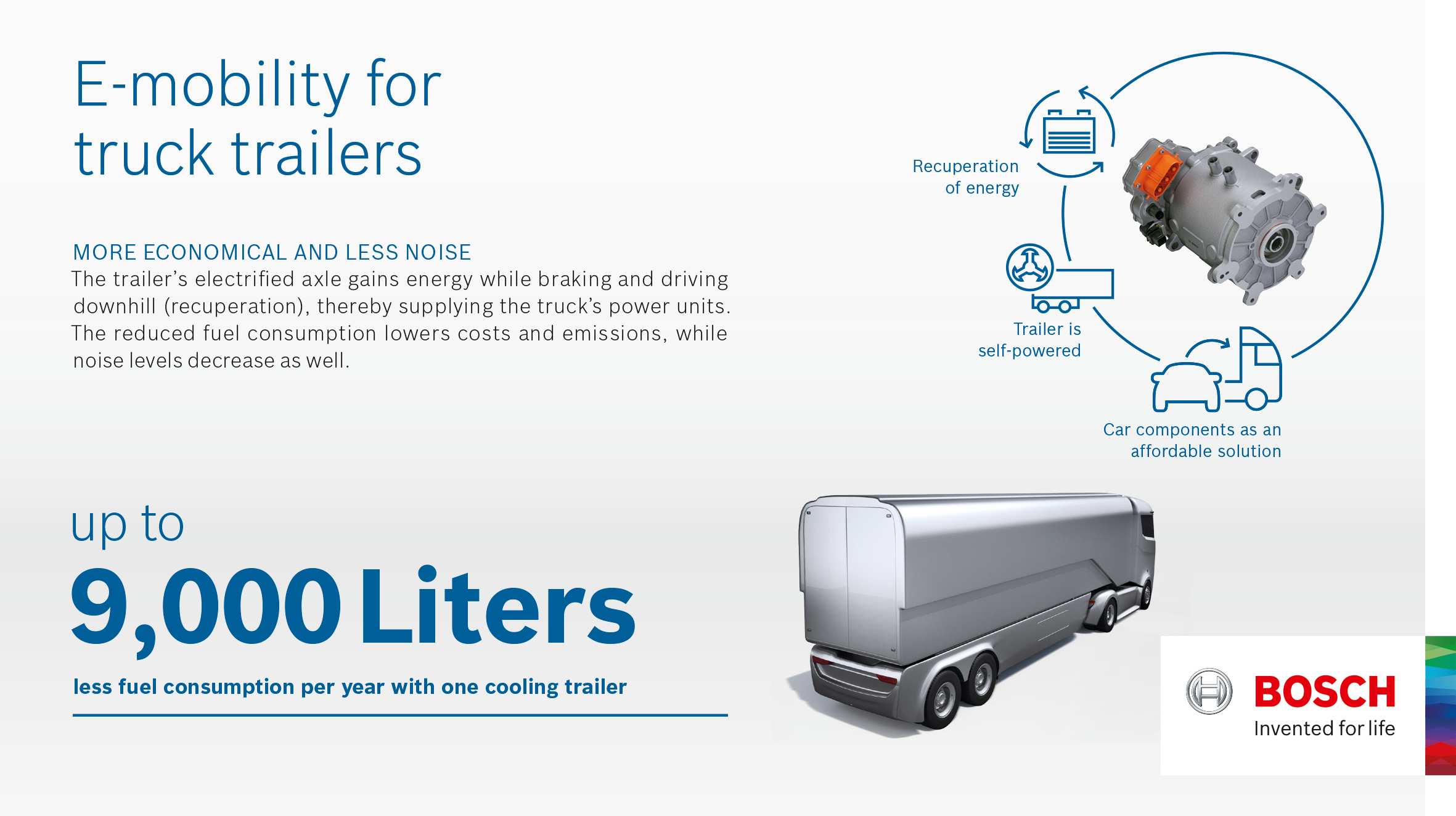 When the truck is going downhill or braking, the trailer’s electric motor regen kicks in to slow down, just like most electric vehicles today, and the electricity is stored into an onboard battery pack.

It can later be fed into the motors during hill starts or power the trailer’s refrigeration unit if it’s a cooled trailer.

“In addition, the electrical axle is an important step toward automated trailer parking on logistics companies’ parking lots. Adding a powertrain to the axle means that the trailer can be shunted around the parking lot without a tractor.”

The company says that it is now offering this new system for new trailers and as a retrofit for existing trailers.