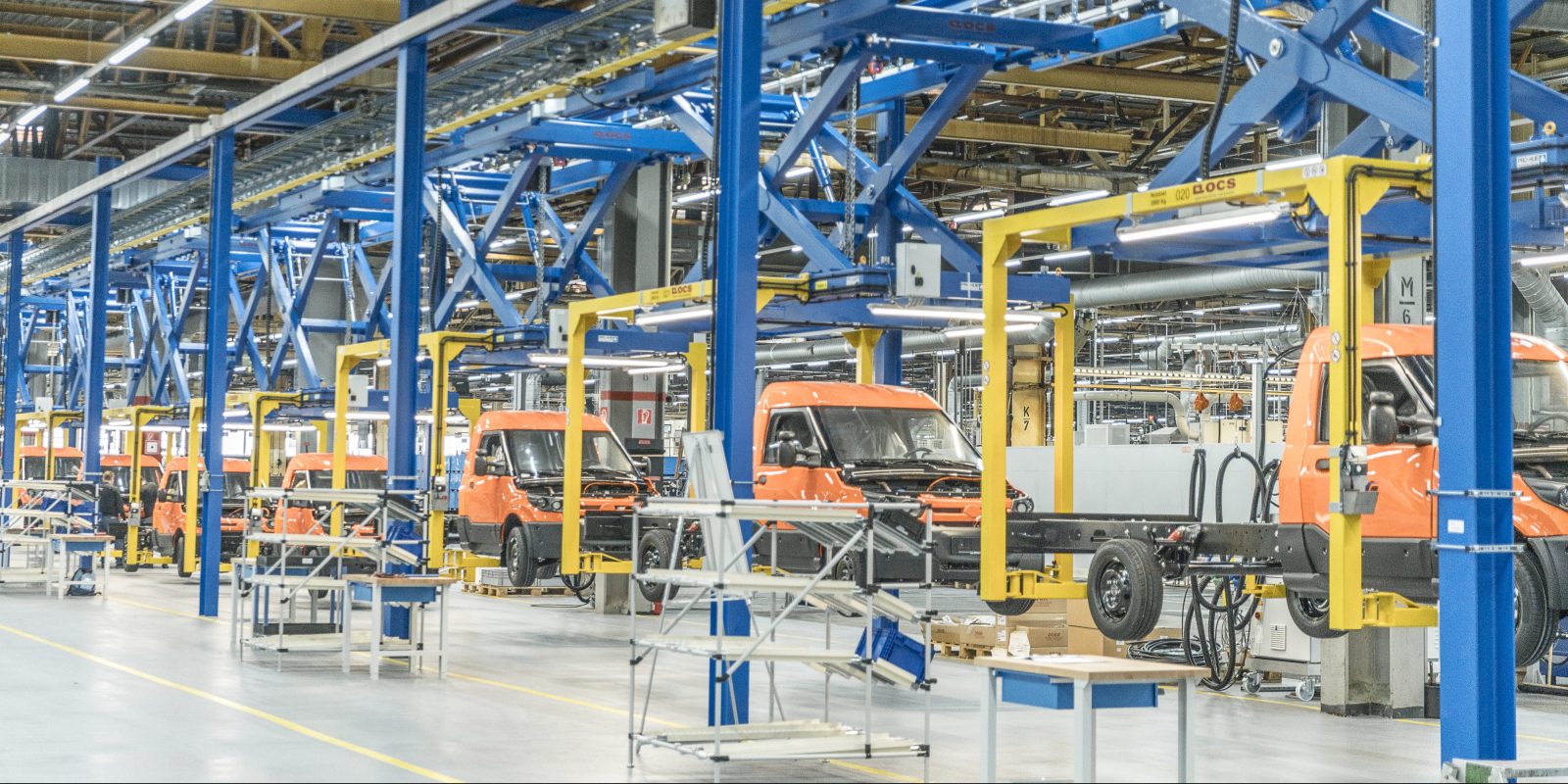 DHL, one of the largest logistics companies in the world, started its StreetScooter subsidiary to build electric vehicles for its own fleet, but it is now emerging as an important electric vehicle manufacturer.

The company is now opening a second factory to double its production capacity to “up to 20,000 electric vans per year.”

As we recently reported, StreetScooter is expanding from producing mainly for DHL’s own fleet to now selling vehicles to other logistics companies.

Earlier this week, the ‘British milkman’, Milk and More, announced that it is buying 200 new StreetScooters.

The new factory in Düren, a town in North Rhine-Westphalia, is going to help StreetScooter fulfill this order and more.

Armin Laschet, Minister President of North Rhine-Westphalia, commented at the opening of the new plant today:

The StreetScooter is already an unprecedented success story. The fact that Deutsche Post deploys more than 6,000 StreetScooters throughout Germany clearly demonstrates that electro-mobility is, in several areas, already a perfectly viable, everyday transport solution. It is success stories such as these that can make North Rhine-Westphalia a key driver of growth in electro-mobility. StreetScooter in Düren will create up to 250 new jobs here in the Rhine region. This is structural change in action, and it opens up new opportunities for the people of the region. And it is exactly this kind of change that the state government will continue to promote with its full focus and commitment.

As we previously reported, the Streetscooter is built to fit a modular battery system that can hold modules between 30 and 90 kWh of energy, which they claim can enable a range of between 80 km (50 miles) and 200 km (124 miles) – enough for most delivery vehicles.

As Laschet mentioned, they already have 6,000 of these electric vehicles on the road and StreetScooter claims that they have covered “over 26 million kilometers and saved around 20,000 tons of CO2 per year.”

Our two manufacturing facilities in North Rhine-Westphalia enable us to respond even more quickly to the high demand for our electric vehicles both from within DPDHL and by third party customers. But volume is only one side of the coin. What sets StreetScooter apart in particular is the ability to produce affordable, customized electric vehicles for our customers from a variety of industries and countries.

Last year, DHL also announced that Ford won an important contract to build 2,500 units of the bigger version of the all-electric Streetscooter van for the logistics company.

The vehicle is also available for sale outside of DHL since last summer.

On top of that, Streetscooter is not DHL’s only electrification effort. The company is also buying electric semi trucks from Daimler and Tesla.