Hyundai has done it again as it delivers an undoubtedly hyper-efficient all-electric vehicle.

The Kona Electric gets an official EPA range of 258 miles and efficiency of 120 MPGe.

The Hyundai Ioniq Electric is still the efficiency king, but its new all-electric vehicle, the Kona Electric, still delivers an impressive efficiency even though it is a “compact SUV” format with a much bigger battery pack.

When the Korean automaker unveiled the Kona Electric earlier this year, it claimed a range of “up to 292 miles” for the version with the bigger battery pack. But that was based on the European standard and we estimated the EPA and real-world range to be closer to 250 miles.

Now the official numbers are in and the vehicle has an impressive 258 miles of range on a single charge, according to the EPA.

It also achieved an impressive efficiency of 120 MPGe (132 for city driving and 108 for highway driving), which is just enough to beat the efficiency of the Chevy Bolt EV, which is likely the Kona Electric’s closest competitor: 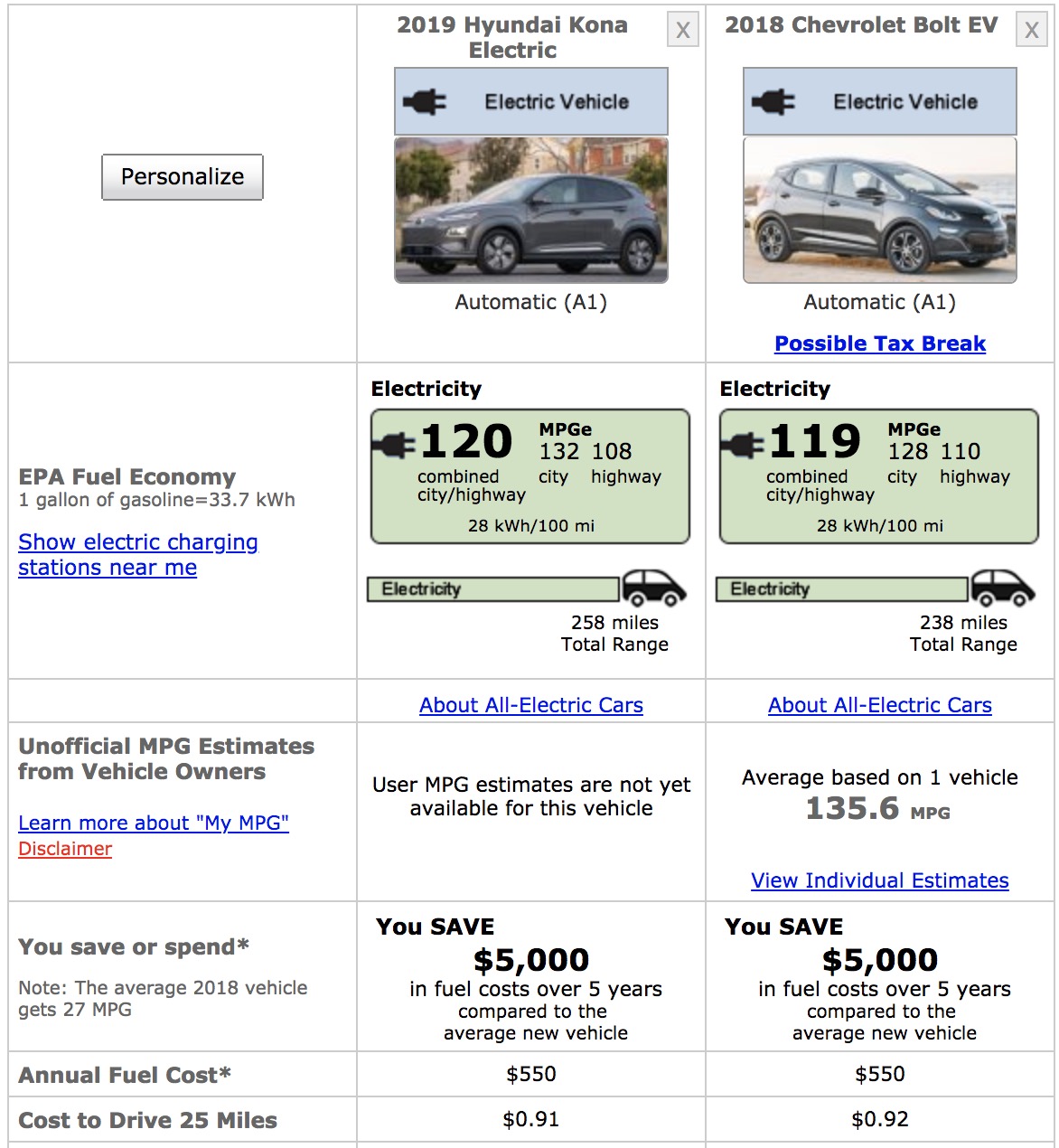 That’s for the longer range version of the vehicle, which appears to still be the only one in production.

Under this configuration, the Kona Electric will be equipped with a 64 kWh battery pack and will also have a more powerful 150 kW motor for a quicker acceleration: 7,6-sec 0 to 100 km/h vs 9.3-sec for the base battery pack and motor.

The ‘Short-range’ battery pack option will have a 39.2 kWh battery pack, which Hyundai said would enable a range of 300 km (186 miles) on a single charge, but that’s likely to be closer to 160 miles.

Prices are not yet available in the US, but the vehicle is expected to start in the low $30,000s for the base version with the Long Range version at around $40,000, based on prices that have been released in other markets.

As we reported last month, Hyundai started production of the Kona Electric CUV in June and shipped out the first ~1,000 units.

The vehicle has now made its way to Norway and it is also being delivered in South Korea.

It is expected to arrive in North America in the coming months.