The company released the spec list – revealing two different versions and one with a range of up to 292 miles.

The new Kona Electric compact SUV will be offered in a ‘Short-range’ battery pack option, which consists of a 39.2 kWh battery pack enabling a range of 300 km (186 miles) on a single charge.

Another higher-performance version with a ‘Long-range’ battery pack option will also be available.

Under this configuration, the Kona Electric will be equipped with a 64 kWh battery pack, which will enable “nearly 470 km (292 miles) of range.”

It will also have a more powerful 150 kW motor, which will enable the same top speed, but it will accelerate quicker: 7,6-sec 0 to 100 km/h vs 9.3-sec for the base battery pack and motor.

Both versions will be equipped a 7.2 kW onboard charger and capable of DC fast-charging up to 100 kW.

All the specs released by Hyundai are based on WLTP regulations, which are reportedly more accurate than the older NEDC standard, but it still might not be completely representative of real-world range.

In terms of powertrain design, Hyundai has opted for what has become the standard skateboard battery pack sitting on the floor of the vehicle: 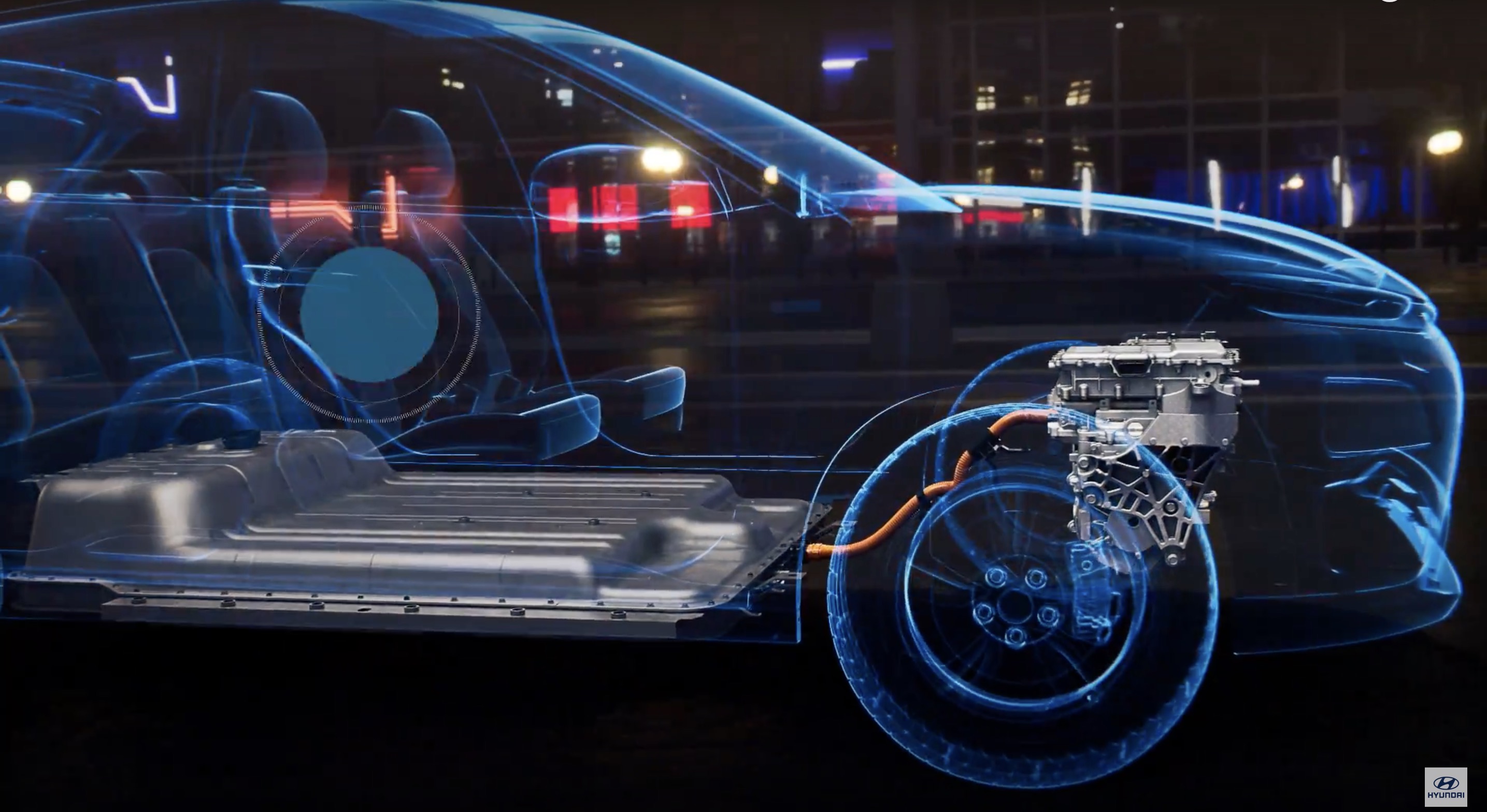 For the battery cells, Hyundai decided to use lithium-ion polymer, which generally offers lower energy density than cells without a dry solid polymer as an electrolyte, but some see the technology to be slightly safer.

Here are a few images released by the Korean automaker today:

The vehicle is equipped with a seven-inch information screen that can run both Apple CarPlay and Android Auto –  a bigger eight-inch system with navigation is also available as an option.

Hyundai didn’t release pricing yet, but the vehicle is expected to start in the low-30,000s euros when it launches in Korea and Europe later this year before arriving in North America.