Could eMotion’s Surge 75 mph geared electric motorcycle be your next affordable ride? 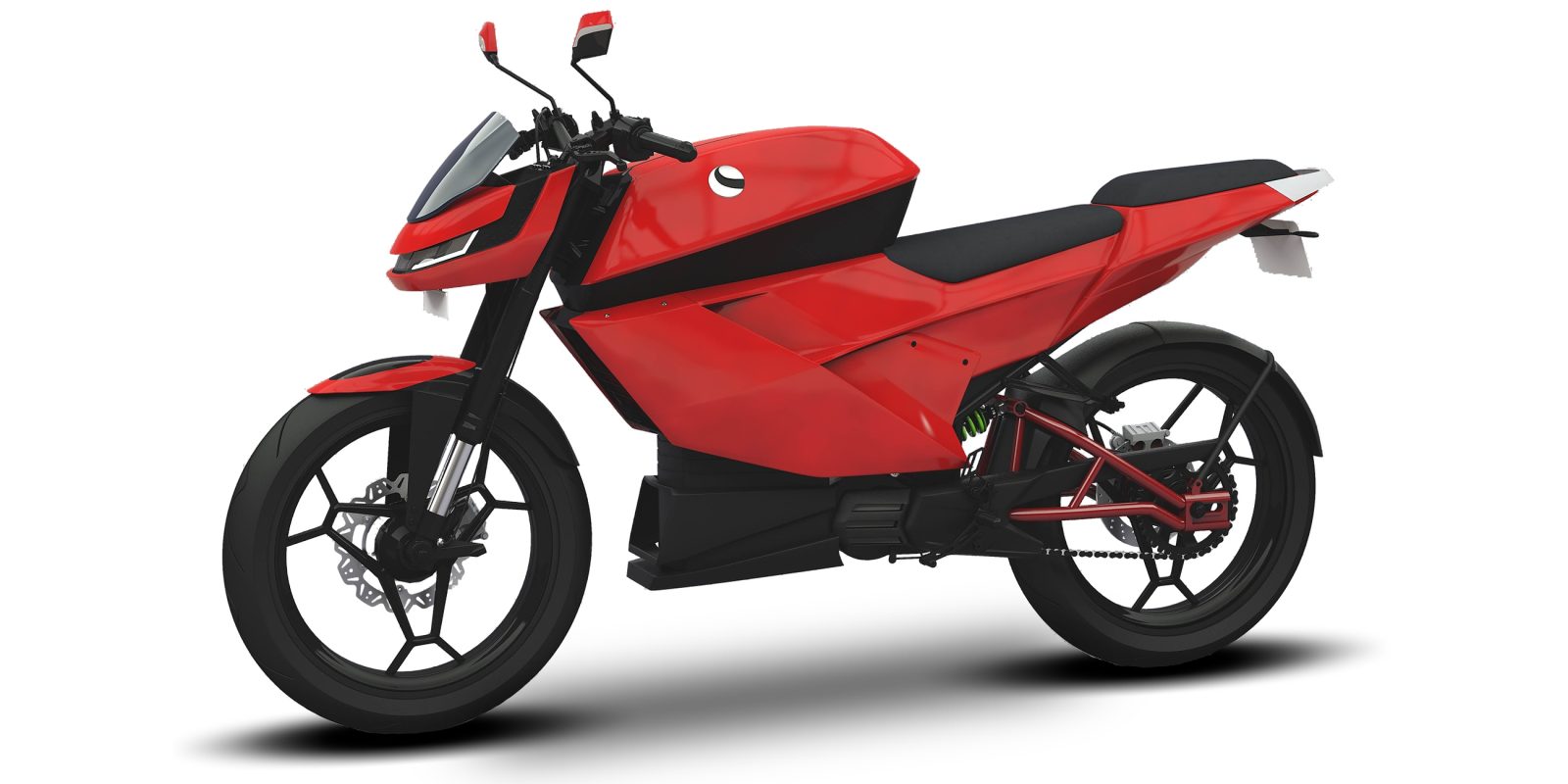 India-based eMotion Motors is better known for their electric bicycles and scooters, but has recently expanded their focus and debuted their new Surge electric motorcycle. This new motorcycle represents a shift in the company’s lineup towards faster, higher power vehicles popular with their domestic audience.

India currently has the largest number of two-wheeled motor vehicles on the road, and has been focusing on producing an increasing number of electric two-wheelers.

While most previous electric two-wheelers we have seen launching recently have been scooters and mopeds, eMotion Motors has upped the ante by unveiling the Surge.

The company has spent the last seven years developing their new electric motorcycle and have so far achieved over 30,000 km (18,600 mi) of testing on the Surge. 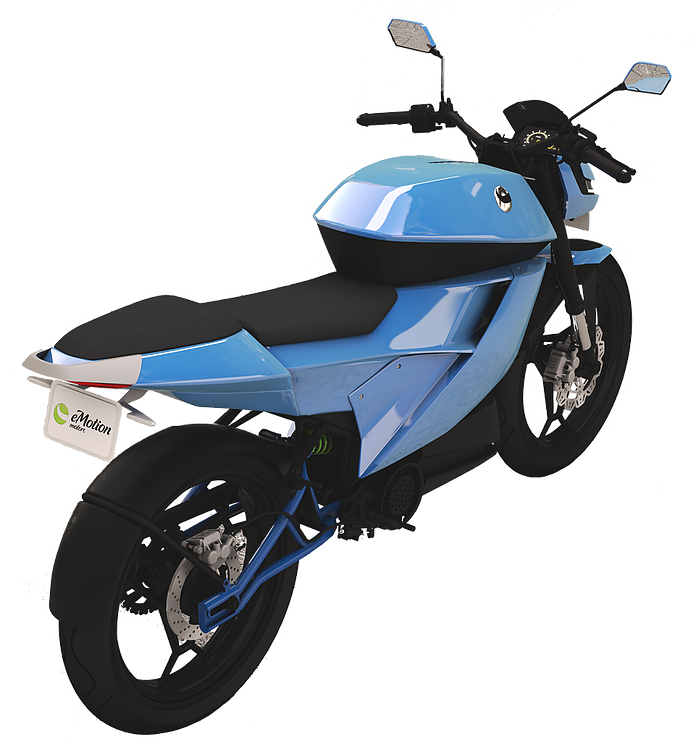 That acceleration is helped by a high torque setup, with 20 Nm produced at the motor and geared down to a massive 517 Nm at the rear wheel.

The Surge also offers a range of 100 km (60 mi) on a single charge with its standard 40 Ah battery, as well as the option for a second battery pack to double the range to 200 km (120 mi). In the fastest charging option, the company claims the battery can be recharged in 30 minutes, though it is unclear if this indicates a full charge or a charge level closer to 80%, which would fall more in line with other high-end EV batteries.

Most EVs are one-speed vehicles and lack mechanical transmissions, which were originally necessary in gas-powered cars to solve their problem of poor low-end torque. Electric motors, on the other hand, offer high torque throughout the RPM range, allowing instant access to the torque needed for acceleration and hill climbing.

However, eMotion Motors apparently wanted to push the torque even higher on the Surge, and thus opted for a 4-speed gearbox. 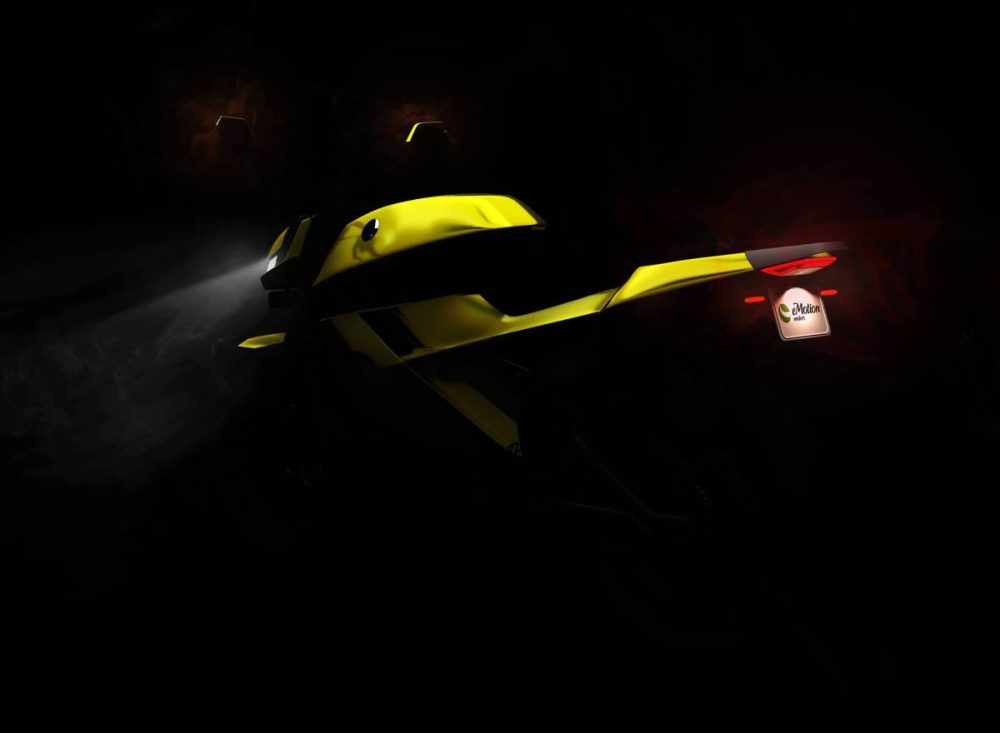 And like many other newly announced two-wheeled EVs, the Surge comes with a range of extra features. The motorcycle includes a 7-inch touchscreen display for monitoring all of the motorcycle’s vitals, as well as cloud-connectivity and GPS, which allows for geo-fencing and vehicle locating as integrated anti-theft measures.

The Surge also comes with an option for solar auxiliary charging, though eMotion hasn’t yet released details on the feature. 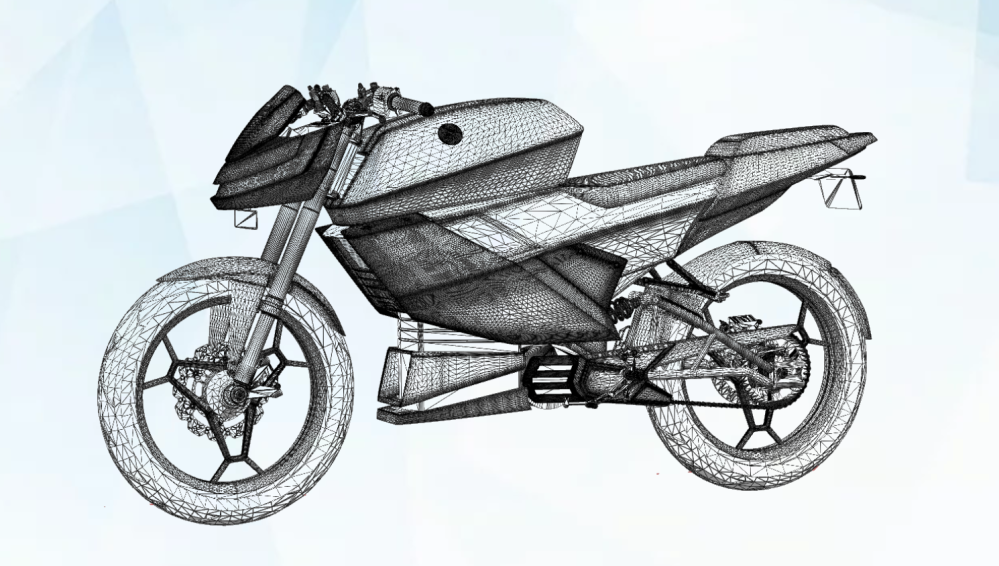 Structurally speaking, the bike resembles other naked middleweight motorcycles, lacking any external fairings or substantial windshield. The frame includes a horizontal monoshock rear swingarm, and the design is fairly polygonal with sharp angles. The mock gas tank conceals a relatively large storage area which eMotion claims “can store more than just a helmet”.

Unfortunately we don’t have any details on pricing yet, but India has become known for its low-cost two-wheeled EVs, meaning the Surge likely won’t come with much sticker shock.

I know, I know… every time a new electric scooter or moped is unveiled in India, the western response is “great price, but I can’t pick up chicks on a scooter.”

Don’t get me wrong, I love what companies like Zero and Alta are doing. Even Harley Davidson has reaffirmed that they are definitely on track with their upcoming electric motorcycle. But none of these are cheap options, which has severely limited their adoption to that middle part of the Venn diagram where “eco conscious motorcycle riders” overlaps with “those with significant disposable income”.

With new Indian electric motorcycle options like the Surge, the door could soon be open for electric motorcycles to reach a much wider audience including those that are willing to give them a try for an affordable price. And every driver that switches to a motorcycle is two more wheels off the road and one more parking space for the rest of you!