Audi says e-tron quattro electric SUV gets 30% more range through regen braking, they put it to the test

Audi is preparing to launch the e-tron quattro electric SUV next month and it has been releasing information about the vehicle sporadically over the past few months.

Now the German automaker says that the e-tron quattro gets 30% more range through regenerative braking and they put it to the test.

Audi claims it achieves that with “the most innovative recuperation concept among the competitors” in order to achieve “more than 400 kilometers (248.5 mi)” in the WLTP test cycle.

The automaker says that the e-tron quattro can add power back at a rate of 220 kW through regen and it results in virtually adding 1 km of range for each km traveled downhill.

They put the theory to the test at Pikes Peak in Colorado:

“At 4,302 meters (14,115 ft), Pikes Peak looms high in the southern Rocky Mountains. Where Walter Röhrl won the world’s most famous hill climb in the Audi Sport quattro S1 back in 1987, it is the Audi e-tron prototype that is now causing a sensation with its recuperation system that is variable and thus the most efficient among all the competitors. On its 31 kilometer (19 mi) downhill drive, the electric SUV feeds so much energy back to the battery that it can cover approximately the same distance again. The difference in altitude of about 1,900 meters (6,233.6 ft) provides the necessary conditions for this. The Audi e-tron prototype recuperates energy with up to 300 Nm of torque (221.3 lb-ft) and 220 kW of electric power – more than 70 percent of its operating energy input. No series production model has achieved such a value up to now.”

Audi says that it is achieving this through a combination of its powerful dual motor powertrain and a new electrohydraulic actuation braking concept, which they claim is a first in the industry.

They describe the system:

“Audi is the first manufacturer worldwide to use this concept in a series production vehicle with electric drive. A hydraulic piston in the compact brake module generates additional pressure and thus additional brake force for the recuperation torque. When automated emergency braking is performed, there are only 150 milliseconds between the initiation of the deceleration and the presence of maximum brake pressure between the pads and disks. Thanks to this rapid pressure buildup, the braking distance is shortened by up to 20 percent compared with a conventional brake system.”

Depending on the driving situation, that new electrohydraulically integrated brake system decides when to decelerate electrically on each individual axle using the regen electric motor, the wheel brake, or a combination of the two.

Audi says that the wheel brakes are generally involved only when “the driver decelerates by more than 0.3 g using the brake pedal.”

Speaking of using the brake pedal, Audi is aiming for drivers to be able to only use the accelerator with what the EV industry has been calling ‘one pedal driving.’

“The driver can select the degree of coasting recuperation in three stages using the steering wheel paddles. At the lowest stage, the vehicle coasts with no additional drag torque when the driver releases the accelerator pedal. At the highest stage, the electric SUV reduces the speed noticeably – the driver can slow down and accelerate using only the accelerator pedal. This creates the one-pedal feeling. There is no need to use the brake pedal in this deceleration scenario.”

Audi is also talking about “manual coasting recuperation using the shift paddles,” which sounds similar to the regen paddle in the Chevy Bolt EV. 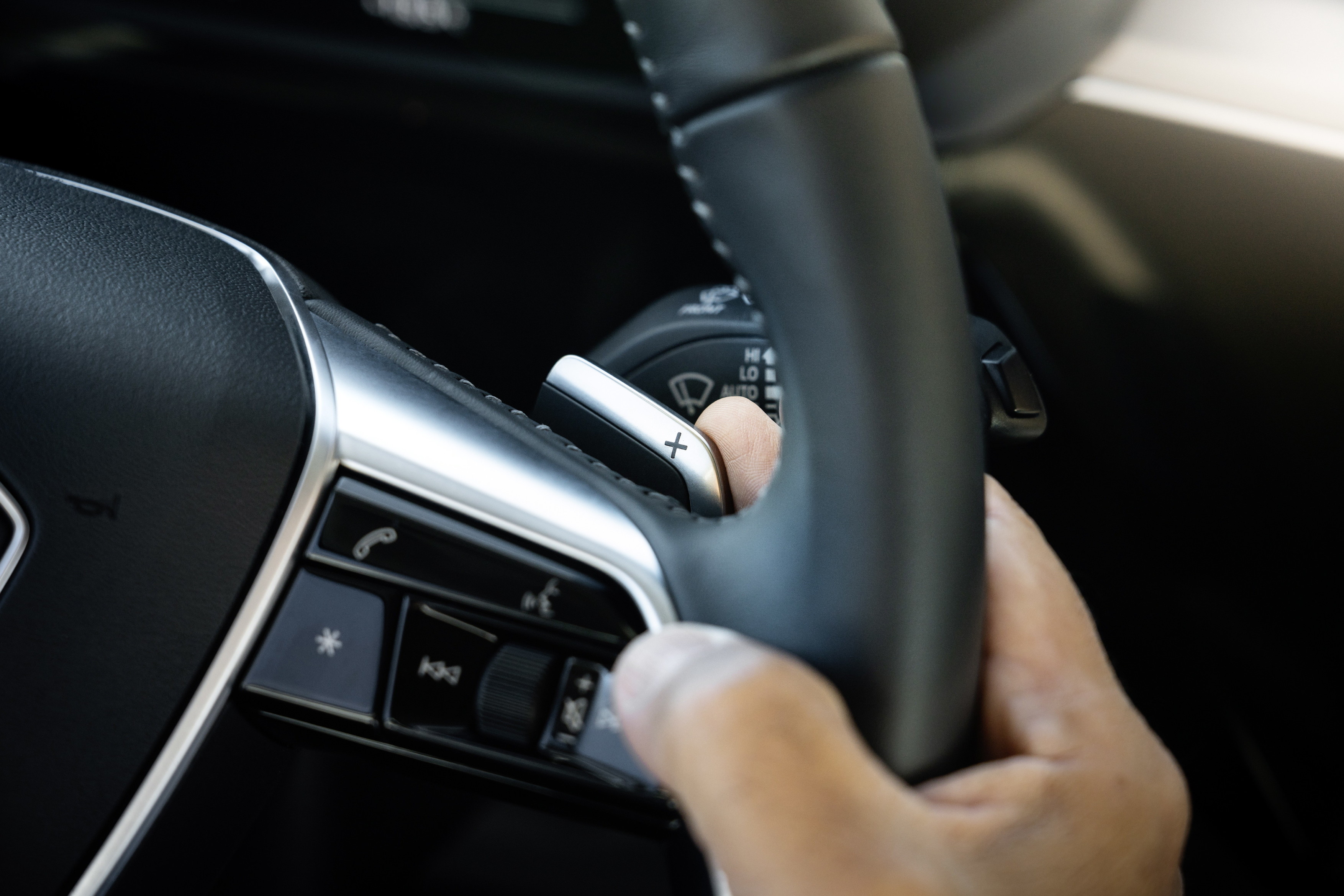 Audi plans to unveil the production version of the e-tron quattro next month in San Francisco and it should enter production by the end of the year.

Here’s a video fo the regen test they did at Pikes Peak: