Take a first look under the Tesla Model 3 Performance 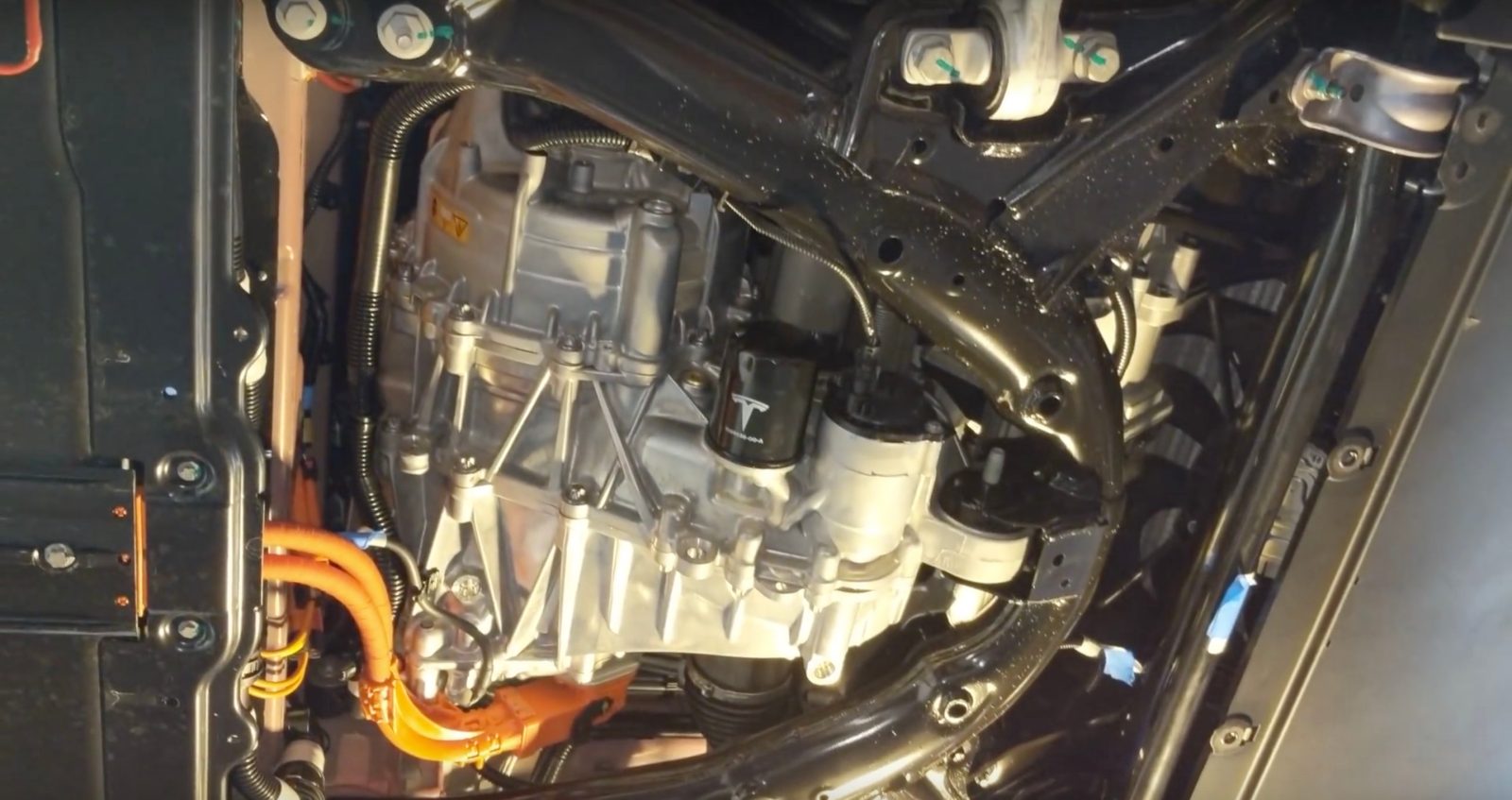 After a few deliveries of Tesla ‘s new Model 3 Performance, we are starting to get interesting reports from owners about the performance of the car.

Now we even get to take a look under the vehicle and see the dual motor powertrain.

Longtime Tesla tinkerer Ingineerix previously shared a very cool Tesla Model 3 teardown giving us an incredible look at the electric powertrain and several other components of the vehicle.

Now he is taking a look at a Model 3 Performance – though without tearing it down.

It remains empty for the rear-wheel-drive version, but now we see it with the front AC Induction motor – pictured above – for the first time.

Ingineerix noted that the front motor looks similar in appearance as the back motor even though they are completely different types of electric motors. The oil pump and the inverter look the same from the outside.

He added that it is about 2.5 inches narrower than the rear switched reluctance permanent magnet motor.

The entire powertrain looks extremely similar in addition to the power and cooling connections for the new front motor.

While the engineer noted that the suspension looks the same as the RWD Model 3 that he tore down, this Performance version does have new stabilizers.

He did note that this Model 3 Performance didn’t feature the full upgrade including the red brake calipers.

Here’s the video in full:

As we previously reported, the Model 3 Performance features the same powertrain as the standard Dual Motor Model 3.

Tesla CEO Elon Musk says that the automaker is advertising a higher power output in the Model 3 Performance because they pick the highest rated motors for the vehicle with double the burn-in process to make sure they can handle a higher output.

But on the surface, you shouldn’t be able to see any difference between the two powertrains.

Therefore, we can assume that this first look under the Tesla Model 3 Performance should also serve as a reference for the Model 3 Dual Motor AWD.