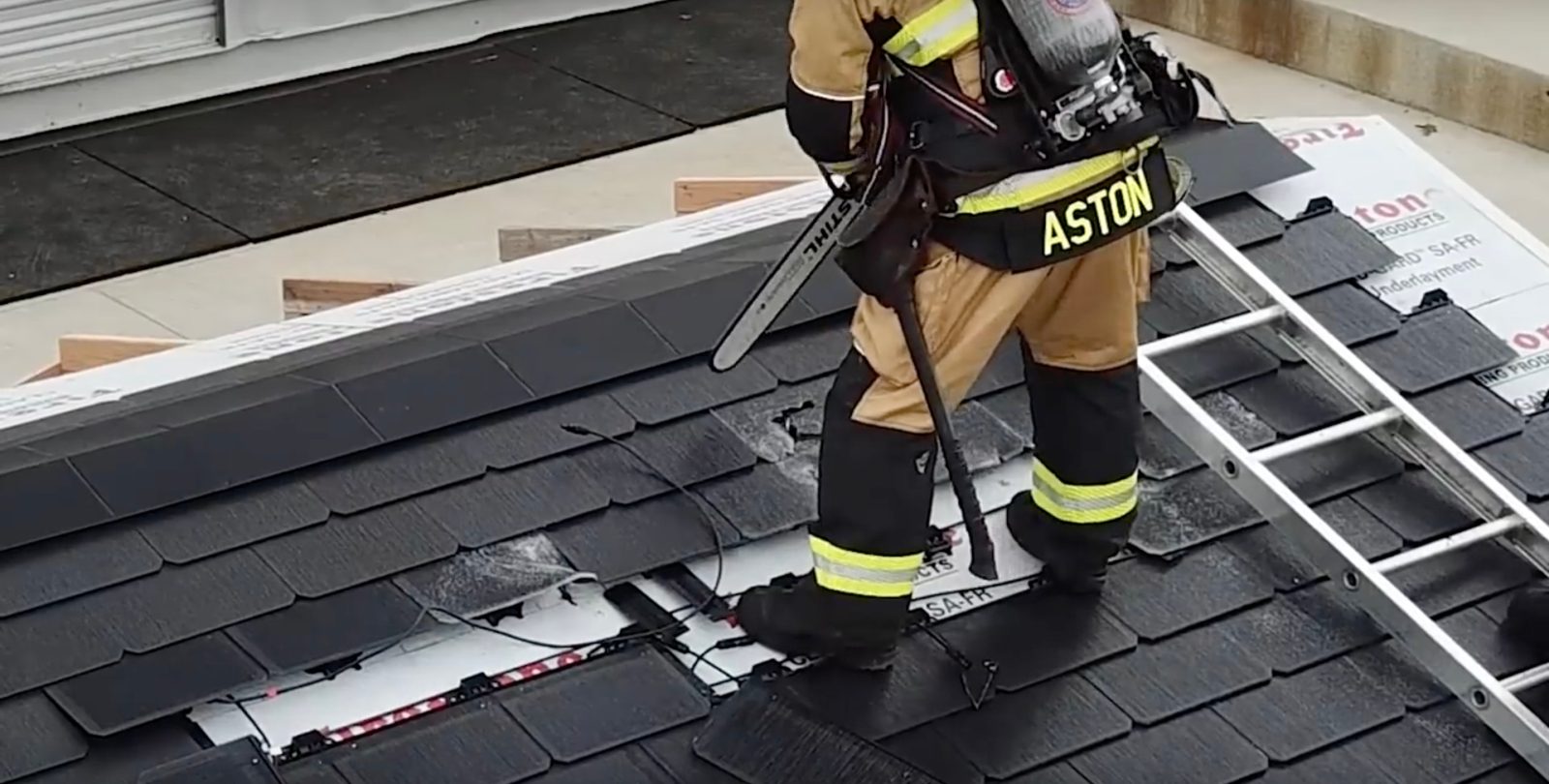 There are only a handful of Tesla Solar Roof installations out there at this point, but they are slowly ramping up production and installations, which means that first responders need to be ready to know how to approach this new kind of roof in case of emergency.

A training video showing how to do just that gives us a rare and interesting look at Tesla’s solar roof tiles.

Brock Archer is a first responder training expert who has often worked with Tesla in the past. For example, we have seen him go through the Tesla Model X’s unique structure by dismantling it.

While his methods are obviously destructive, he is often one of the first people to give us a detailed look at the architectures of Tesla’s products and it is the case again with Tesla’s solar roof tiles.

Archer said about the structure found underneath a solar tile installation:

“The solar tiles are mounted directly on the clad gard. Wiring for the tiles is hidden below the tiles themselves between the tiles and the clad gard. Each solar tile represents 3 shingles – a single tile appears to be 3 shingle on the roof and one to four of these tiles can be wired together to create branches. These branches are then wired together to create a diode trunk harness. The diode trunk harness carries the electricity from all the panels through the roof usually near the ridgeline. Typically, only about 16 volts is present in each branch – although the diode trunk harness operates at a much higher voltage.”

The first responder training expert added that based on all the testing conducted, there’s “almost zero risks of shock or electrocution when cutting or crushing the tiles or diode trunk harness.” The roof installations are not earth grounded.

All Tesla solar roof installations still also include a “rapid shutdown device” which shuts down the DC power leaving the roof.

As for removing the tiles in a first responder situation, Archer explains that it is fairly easy since they are basically mounted on a hinge:

In the video below, they dismantle a demonstration Tesla solar roof tile installation in order to show how to create ventilation or a path to walk on the roof if needed.

You can watch the full video here:

We recently reported on one of the very first homeowners to get a solar roof and she shared an impressive chart showing how the system is “performing well.”

After a slump in deployment, Tesla CTO JB Straubel said that they are ‘aggressively ramping’ up their solar and energy products.

We have recently received reports from reservation holders getting site survey dates for installations in the coming months.