To this date, Fiat-Chrysler (FCA) hasn’t been a leader in the current electrification of the auto industry, but the company has now announced a significant acceleration of its electric vehicle programs.

Now they say that they are “going after Tesla” with their own luxury brands.

Tim Kuniskis, the Head of Alfa Romeo and Maserati, FCA’s two luxury brands, made the comment in an NBCNews interview released this week:

“Everything gets electrified. Look at our product portfolio and you see we’re going after Tesla,”

The executive is referencing FCA’s latest product lineup update which included a lot of new electric vehicles to be released in the next few years.

Maserati is getting the most electric additions to its lineup with 4 all-electric vehicles to be added by 2022: 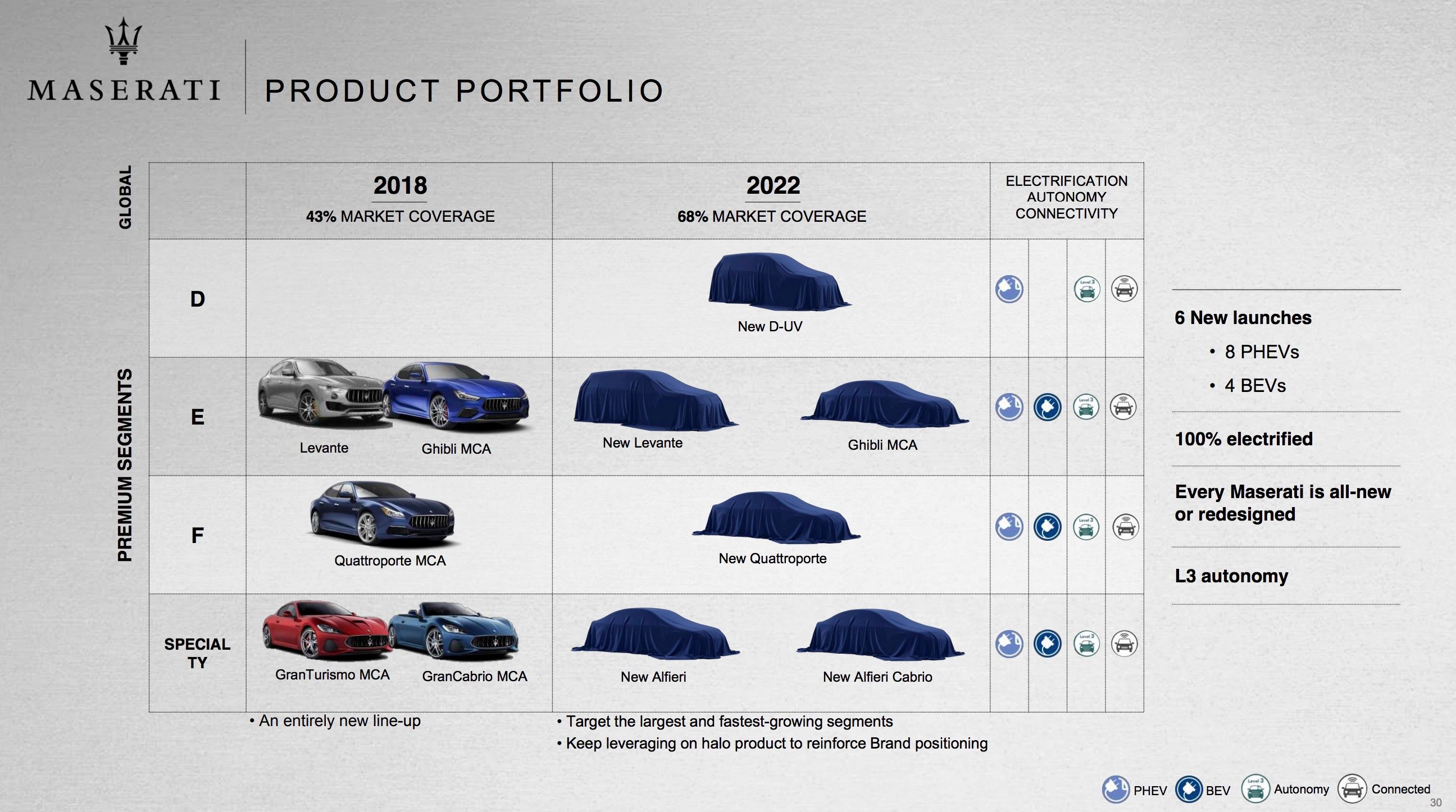 Like it did with many premium sedans, the Tesla Model S has hit Maserati’s sales in a few markets.

Now the Italian luxury vehicle manufacturer is coming out with its own all-electric 4-door sedan, but it sounds like it might come out with an all-electric Alfieri coupe first.

Despite the fact that FCA is late in the electrification of its lineup, this update to the lineup and those comments from Kuniskis still come as a surprise due FCA’s outspoken CEO, Sergio Marchionne, being known for his highly critical comments on electric vehicles.

The Fiat’s e500 and Chrysler’s Pacifica Hybrid van are probably FCA’s most important electrification efforts at this point. The e500 is a compliance car that Marchionne has asked customers not to buy and the Pacifica Hybrid is available in very limited quantities – even fewer when Waymo is buying almost all that Chrysler will make.

Kuniskis says that their all-electric vehicles will have the highest performance out of the entire lineup:

“FCA’s electrified luxury models will “have a performance advantage,” said Kuniskis, revealing a strategy that makes future plug-ins and all-electric models part of the traditional “performance ladder.” At the bottom rung you have models equipped with low-performance four-cylinder engines, then moving up to higher and higher-power sixes, eights, and twin-turbo eights. The electric models will be at the top of that ladder, where “I’m going to give you more horsepower and quicker 0 to 60 times,” the FCA executive boasted.”

Those comments are especially interesting in the context that Marchionne previously claimed that they could copy Tesla’s model.

That’s great. It plays right into Tesla’s mission to accelerate the advent of electric transport (now energy too).

Like I wrote when FCA released its updated lineup last month, I was pleasantly surprised to see the number of new BEVs in the plan after Marchionne bashing EVs for so long.

If you are going to copy someone’s model when it comes to selling EVs, Tesla is certainly the one to go after.

Honestly, I am pretty excited to sit in and drive an all-electric Alfa Romeo or Maserati at some point.

I’m pretty confident that they will be great cars. I am a little more concerned about the level of production they are planning for versus their gas-powered models, but we could be pleasantly surprised. We’ll see.