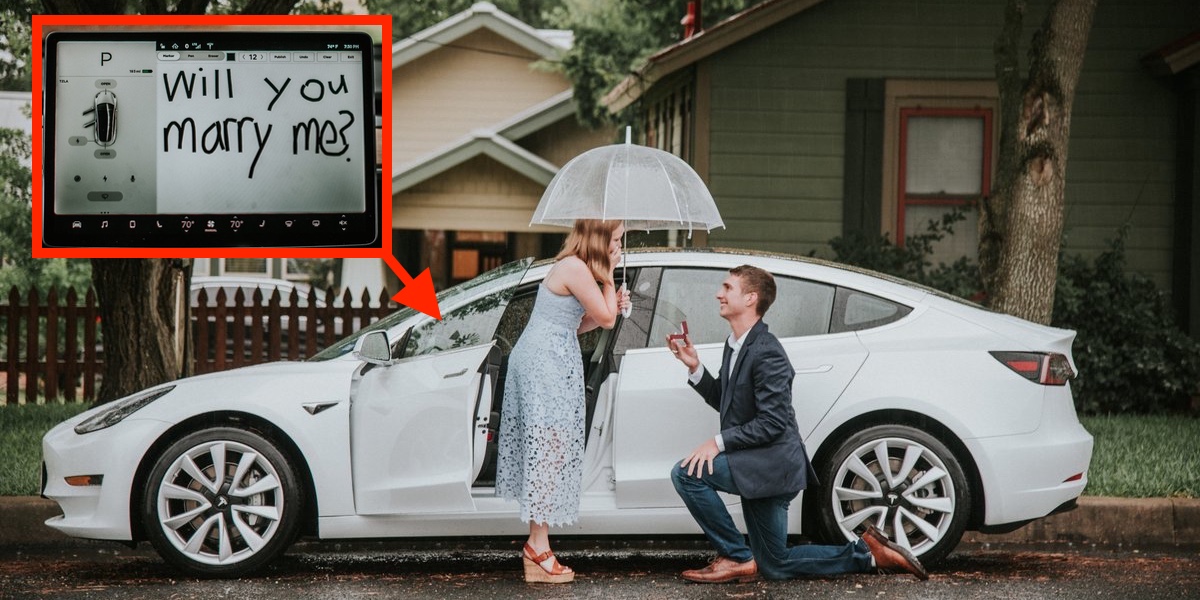 Tesla likes to hide Easter Eggs in its software.

Most of the time, they are meant to be funny. Examples include the navigation showing your Tesla on Mars with a SpaceX spacecraft, the Tesla control panel showing James Bond’s (now Elon Musk’s) Underwater Lotus, and more recently, the Christmas theme Tesla Easter egg called ‘Santa Mode’.

Tesla Model 3 owner Matthew Piccolo from Texas found a creative way to use one of the most recent Tesla Easter Eggs: a sketch pad introduced in Tesla’s version 8.1 software update.

Piccolo wrote ‘will you marry me’ on the Model 3’s touchscreen sketch pad and let his girlfriend find it. He posted this series of pictures on Twitter following her discovery of the sketch pad (pictures by Stacy Felan):

On Twitter, Piccolo thanked Elon Musk for “building a car that makes such an awesome wingman for a proposal.”

Definitely one of the most interesting uses of a Tesla Easter Egg so far. Do you guys have any other cool examples? Let us know in the comment section below.