Tesla hid a new easter egg in the 8.1 software update: a sketch pad 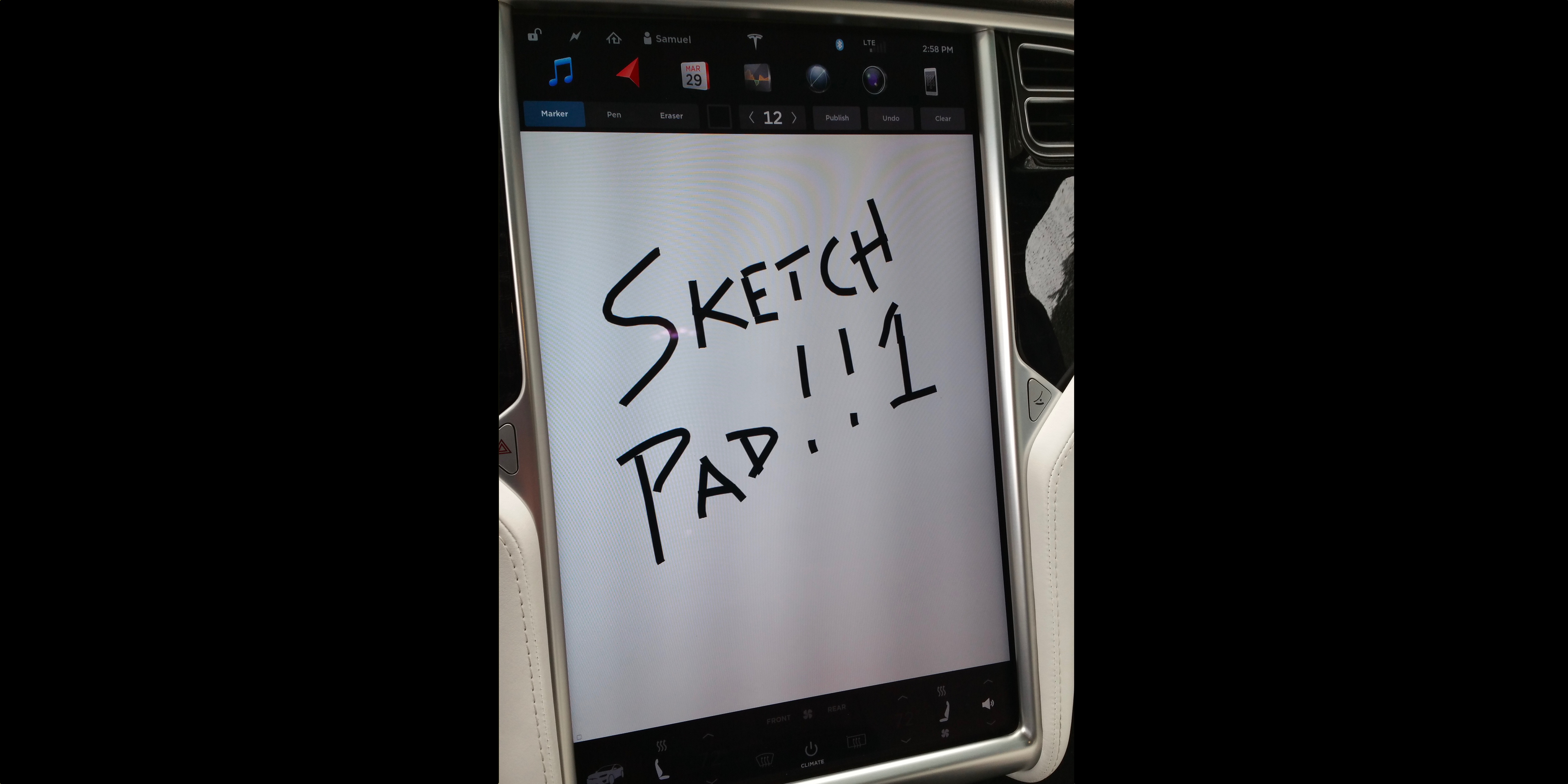 Tesla released the 8.1 software update today and it included several improvements to the Autopilot on the new hardware and a few UI changes.

As usual, Tesla also hid an easter egg in the update and owners found it pretty quickly. (update: we hear it might have actually been in the software before and only surfacing now)

Recent easter eggs include a reference to shipping your Tesla to Mars with a new SpaceX spacecraft and a Xmas-themed light show.

Here are a few other previous Tesla easter eggs:

The new one is a little different since it’s an interactive one. By tapping three times on the Tesla logo at the top of the center screen, it unlocks a sketch pad (pictures via Billbucket on reddit):

If you tap on “publish” it prompts the message seen above. It’s not clear if it actually sends your sketch in a file to Tesla or what Tesla would do with it.

Update: apparently, they do receive them:

If you didn’t get the feature you wanted in the software update maybe send them your feature request in the sketch pad? And let us see your artwork in the comment section below.

If you just downloaded V8.1, tap the the T on center screen three times