Tesla CEO Elon Musk has accused a Business Insider reporter of acting “as an inside trading source for one of Tesla’s biggest short-sellers” and “bribing” a former Tesla employee for information.

It’s the latest example of Musk going after the media for their coverage of Tesla.

Last month, we learned that a Tesla employee, Martin Tripp, had sabotaged software in the automaker’s manufacturing system and stolen data.

Tesla is suing Tripp for leaking the data, misrepresentating it in the media, and messing with its manufacturing software.

One of the stories that came out of the data that Tripp stole was that Tesla’s Model 3 production was producing an “insane amount” of scrap at Gigafactory 1.

The story was written by Business Insider’s Linette Lopez. Tesla denied that the amount of scrap was abnormal for the level of production at the plant.

It wasn’t the first questionable story from Lopez about Tesla. She produced other sensationalized articles like ‘The robots are killing Tesla‘.

Earlier this week, Lopez also published a report that claimed that Tesla removed a “critical test” from the Model 3 production process, which was framed as if Tesla was cutting corners in order to increase production.

In response, Tesla said that the test was redundant and didn’t affect the quality of its vehicles. 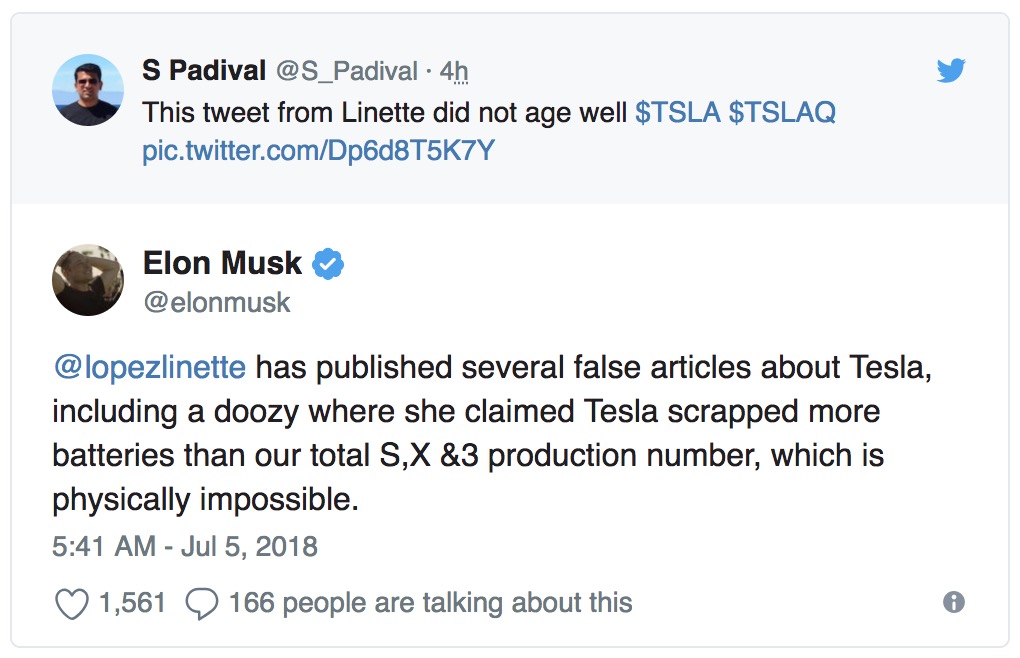 In another tweet, it went further and Musk accused her of potentially bribing a former employee for Tesla shorts: 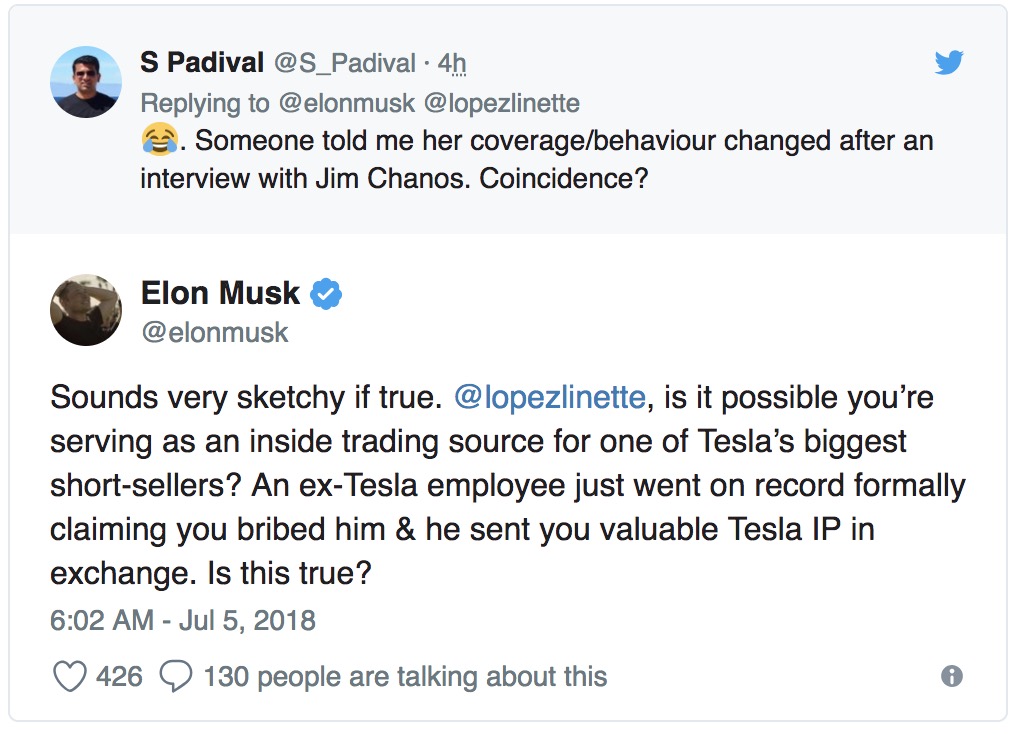 Lopez has yet to respond to the accusations made by Musk.

Without defending the actual actions of Lopez and her coverage of Tesla on Business Insider, which has proved to be quite bad, I think Musk might be wrong about her actual motive and the motive of other reporters who are often writing hit pieces on Tesla.

It’s true that Lopez has often reported on the opinion of Jim Chanos, a known Tesla short, on the automaker. But I don’t think that it means it’s what is influencing her reporting.

Early on when Chanos would blast Tesla in the media, we reported about it because he would often spread misinformation.

I can assure you that his misinformation was more popular than our corrections – like it is often the case in the media.

Popularity is often the main motivation for those publications, especially publications like Business Insider, which is completely unapologetic about being a clickbait factory.

I understand where Musk is coming from with his suspicion that Tesla shorts or the fossil fuel industry are behind the misinformation because they sometimes are, but I think that the most simple explanation is often the right one.

In this case, I think it’s simply about clicks.