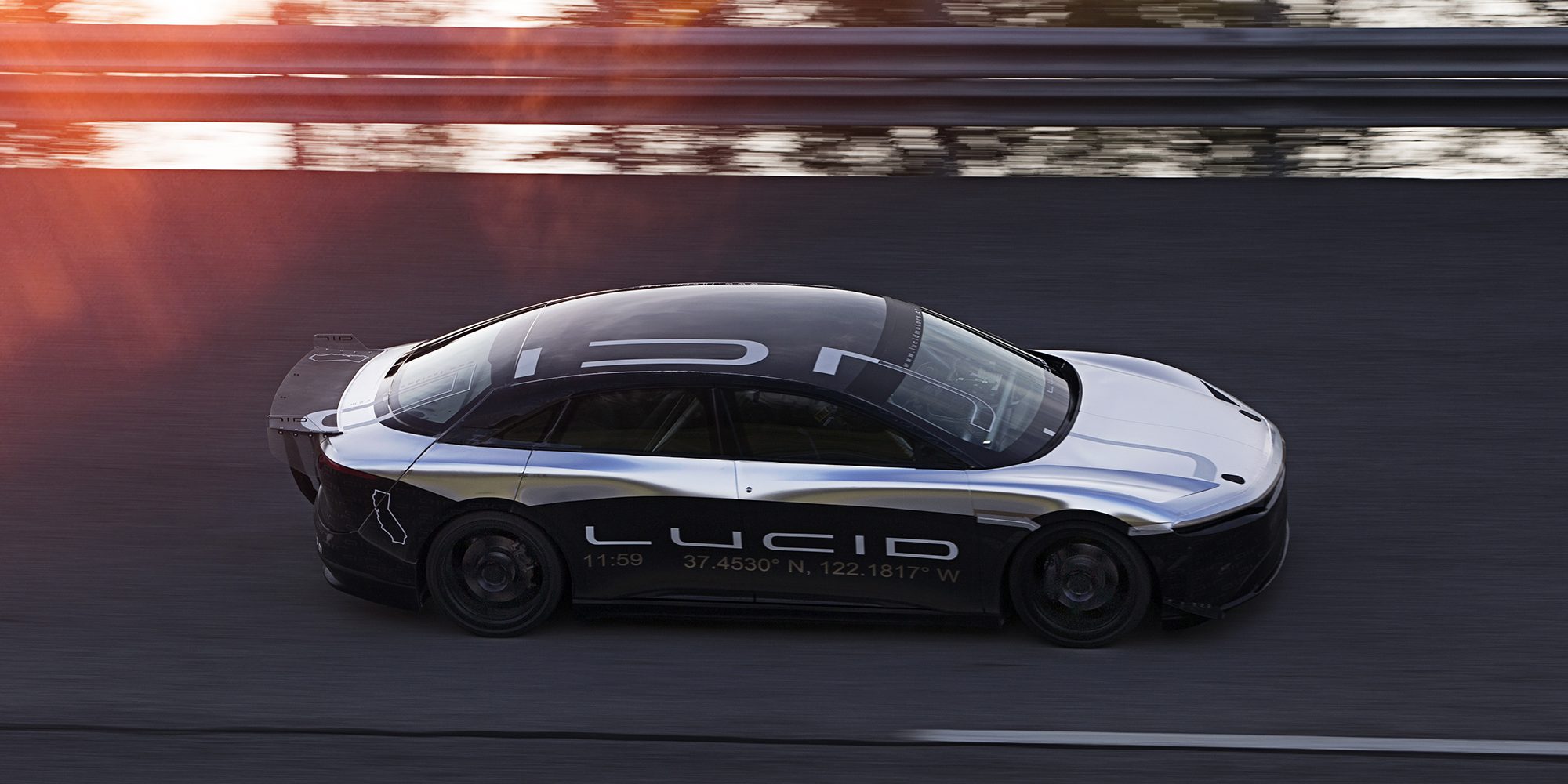 After having us pretty excited for the Lucid Air with a lower than anticipated base price of $60,000, Lucid Motors is now further teasing the all-electric sedan’s performance with an Alpha prototype and new high-speed tests.

They managed to achieve a software-limited top speed of 217 mph (350km/h) as part of their ongoing development program.

It’s an impressive speed for an all-electric midsize sedan. For comparison, the top performance version of the Tesla Model S has a top speed of 155 mph (249 km/h).

But like in Lucid’s tests, the speed is software-limited in order to prevent unnecessary wear of the powertrain.

The fact that they achieved over 200 mph in testing doesn’t mean that it will be the top speed of the production car. If it does, it will likely be in performance versions with the battery packs over 100 kWh.

Nonetheless, the data from the test will be used to determine to best configuration for the production version. Lucid explains in a press release:

“Real-world tests are an important part of the engineering process, allowing the team to correlate computer simulation models with real-world performance. The collected data will now be used to finesse thermal and aero computer simulations and to make further performance improvements that will be tested later this year at higher speeds.”

The electric car startup has several alpha prototypes currently in its test program, but they built one with a roll-cage and designated it especially for “evaluating at-the-limit performance”.

This high-speed test was its first testing session. They brought the vehicle to TRC Ohio to use their 7.5-mile oval.

They released a video to show the results of the test:

After the tests, they brought the vehicle at the New York Auto Show where it is now and will be displayed for the public for the next few weeks.

As we recently reported, Lucid Motors is currently raising a financing round in order to start building its $700 million EV factory. They say that they still plan to bring the Air to production in 2019.