After months of showing us a camouflage production prototype of the e-tron quattro, Audi was finally going to reveal the official production version of the electric SUV in August.

Now the German automaker has reportedly postponed the launch of the vehicle amidst the arrest of its CEO.

If you haven’t been following the Dieselgate scandal lately, it has started to heat up from a legal standpoint after Audi CEO Rupert Stadler was arrested earlier this month.

Following the events, Audi has decided to cancel its Summit, which was the set of the launch of the production e-tron quattro.

“Audi, Volkswagen’s most profitable unit, said late on Monday that the Audi Summit, set for August 30 in Brussels where the e-tron will be built, has been cancelled. Instead, the summit will take place at an undetermined time and location in the United States.”

Earlier this month, Electrek received an invite from Audi for an event in San Francisco in September.

They sent us the following ‘save the date’: 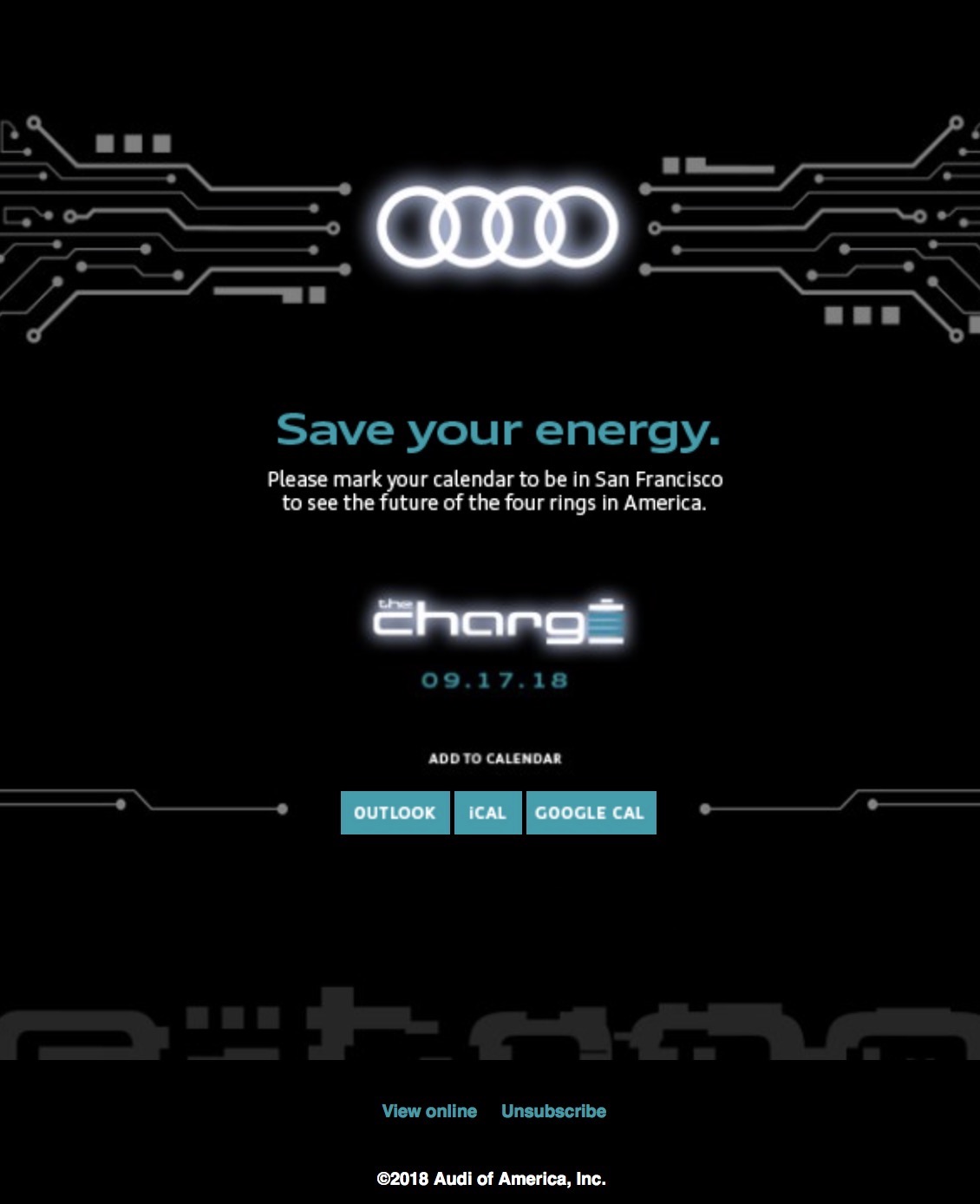 The Audi e-tron quattro has been in a position to be the first of a series of all-electric SUVs coming from German automakers.

Mercedes-Benz has the EQC coming to market next year and BMW has the electric vehicle of the X3, the BMW iX3, coming in 2020.

Audi is beating both these vehicles to market, but it is launching amidst a lot of controversy at the company.

The all-electric SUV is equipped with a 95 kWh battery pack, 3 electric motors for a total output of 320 kW and it is capable of DC fast-charging up to 150 kW.

The automaker hasn’t confirmed any performance specs yet, but it is expected to be quite quick with great torque vectoring due to its three independent motors.

It has also showcased the vehicle’s towing capability by pulling a trailer with their new electric race car in it and revealed the aero performance of the SUV with optional cameras instead of mirrors.

All those new details have been adding up leading to the unveiling of the production, but it now looks like we might have to wait a little longer.