Tesla’s new Model 3 assembly line inside a ‘tent’ is ‘way better’ and cheaper than other line, says Elon Musk 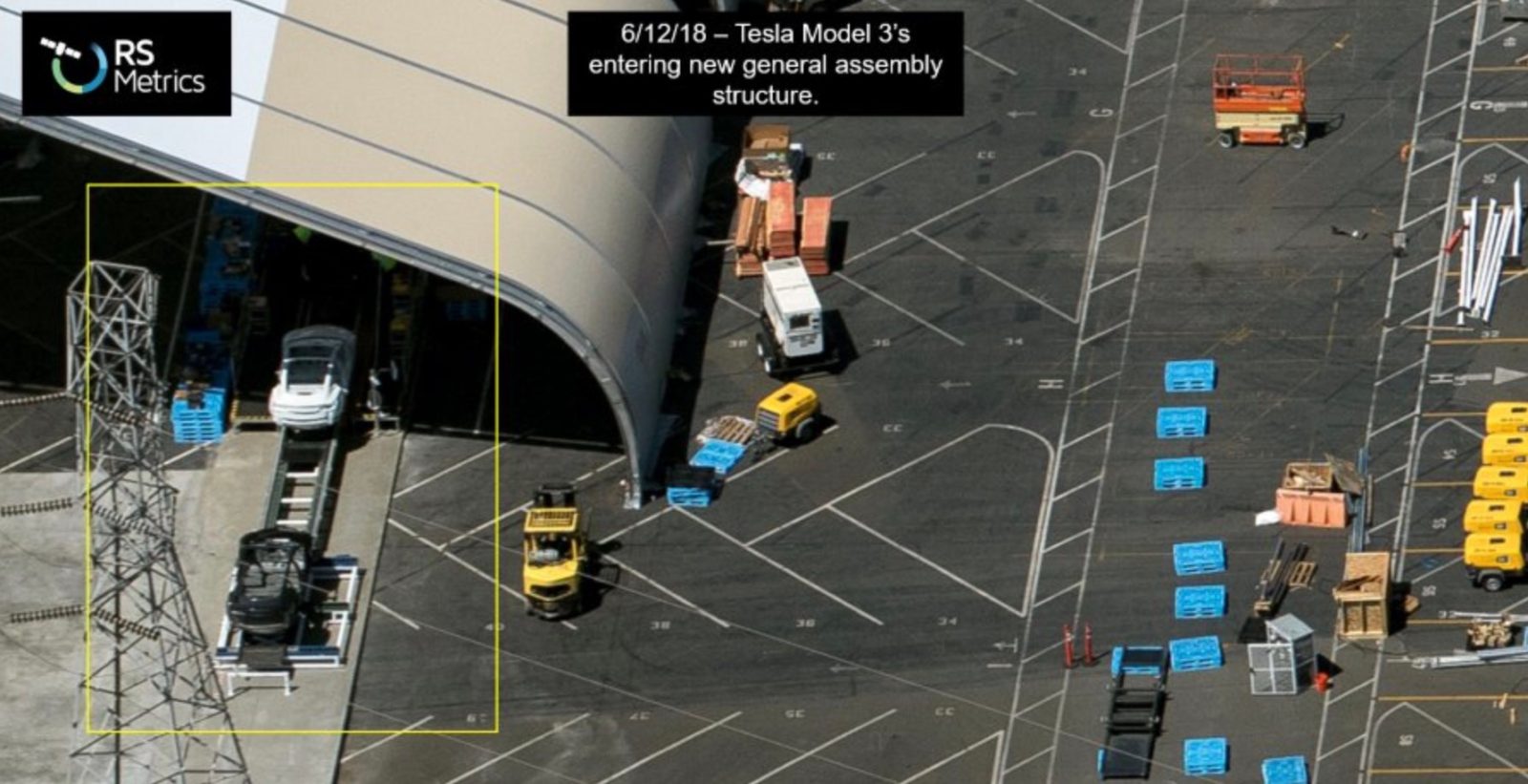 Tesla’s new Model 3 general assembly line at the Fremont factory is creating a small controversy in the Tesla community because it is being built inside a building that appears to be a tent, which is not standard in the industry.

CEO Elon Musk has now commented on the project and said that the new line is ‘way better’ and cost a fraction of the other general assembly line.

Earlier this week, we reported on an email Musk sent to employees about the current push to increase Model 3 production to 5,000 units per week.

It included bringing up the new general assembly line that Tesla is building up under a giant new tent at the Fremont factory.

Everyone has been calling it a “tent”, but it’s a Sprung structure, which is a much stronger type of building that can actually be used permanently.

When I asked Musk about the tent situation and Tesla naysayers using it to ridicule the company, he only answered that Tesla shorts have ‘about 3 weeks before their position explodes’.

He has now elaborated more on Twitter last night – praising the work of the Tesla team on the new general assembly line:

Needed another general assembly line to reach 5k/week Model 3 production. A new building was impossible, so we built a giant tent in 2 weeks. Tesla team kfa!! Gah, love them so much ♥️🚘💫

Musk explained that the new line is “way better” than the other general assembly line inside the Fremont factory, which is a big statement considering that the other line enabled a production rate of 3,500 Model 3 vehicles per week at some point.

The CEO also explained that the building cost them very little compared to the other GA line:

They also poured the concrete & built the whole assembly line using scrap we had in warehouses. And it’s way better than the other GA line that cost hundreds of millions!

Tesla had applied for a temporary construction permit for the “tent”, but the CEO is now apparently considering making it permanent:

Not sure we actually need a building. This tent is pretty sweet. Tesla Grohmann line is in place at Giga & spooling up now. They super kicked ass too. Heiliger Strohsack!

Musk argued that it is better than inside the factory. He said that it is “more comfortable [and offer] a great view of the mountains.”

As we recently reported, the CEO appears more confident than ever about Tesla reaching its production goals for the Model 3.

It sounds like those new parts of the production process coming online are an important part of it.