Elon Musk anticipated that at some point, Tesla would figure out Model 3 production and deliveries would become the actual bottleneck in the Model 3 buying process.

It might actually be the case now in Canada as the automaker’s relatively small Canadian team is expected to start handling hundreds of deliveries per day starting this week.

Tesla started deliveries in Canada a few weeks ago, but it’s nothing compared to what is happening now.

Earlier this week, we reported on Tesla sending out a massive Model 3 shipment to Canada.

Now the company started delivering those vehicles in Toronto where Tesla took over some parking lots and buildings at the International Centre, a multi-purpose convention centre near the airport, in order to better handle the volume of deliveries.

Some new Tesla owners who were taking delivery in Toronto were told by employees that they were planning to try to handle 200 deliveries per day in the region.

Tesla said last night that there will be even more deliveries in Toronto today and Vancouver will be next:

On a smaller scale, deliveries are also expected to start in Montreal – the second largest Canadian city. 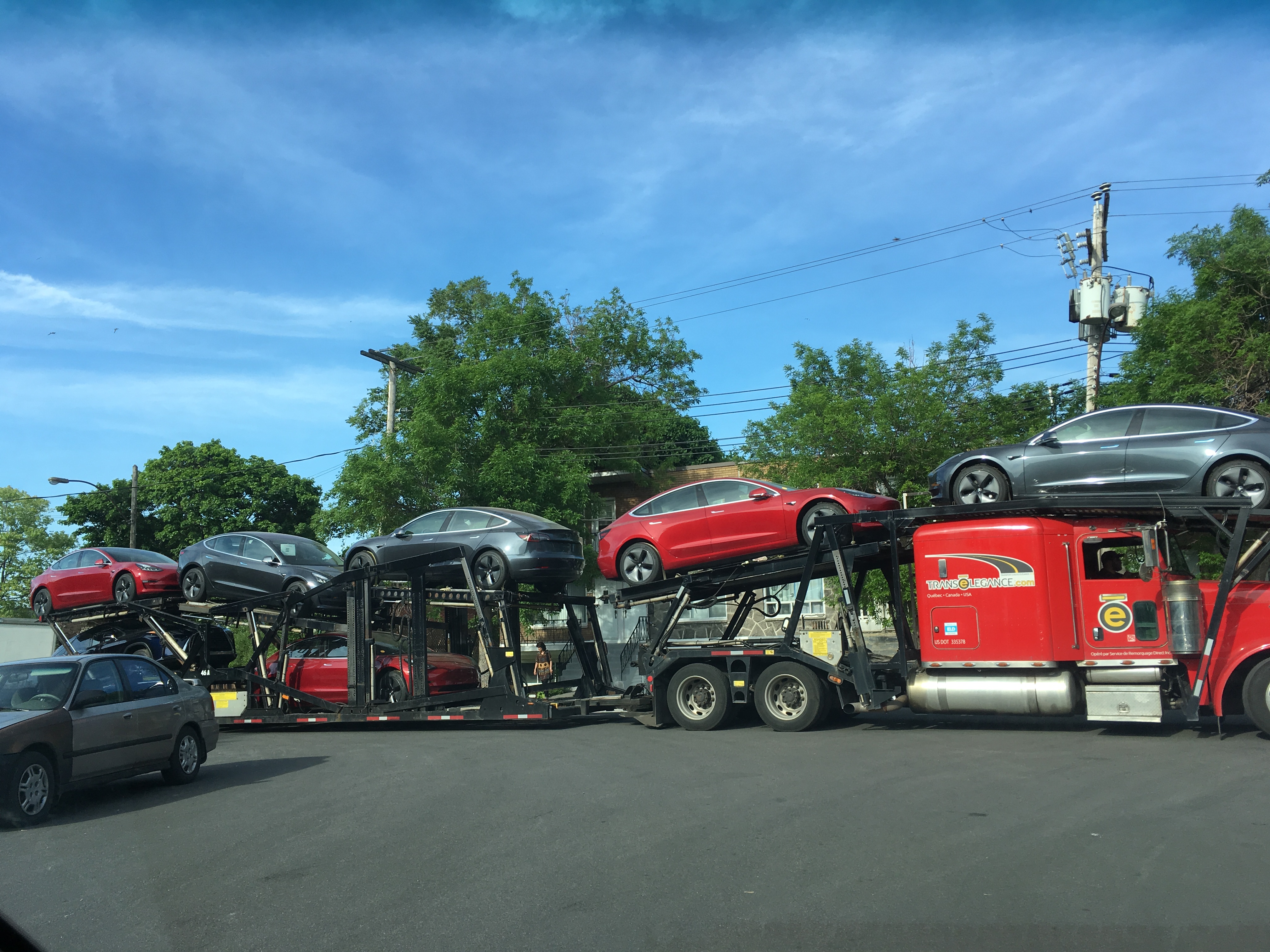 More vehicles are expected to follow in the coming days and weeks as Tesla sent a huge first batch of invites to Canadian reservation holders back in March and deliveries have been promised in the next few weeks.

As we recently reported, the Canadian provinces of Ontario and Quebec have added the Model 3 to their lists of eligible electric vehicles for their incentive programs. They offer significant discounts of $14,000 and $8,000 respectively and it’s expected to have a great impact on demand for the Model 3 in those provinces.

Earlier this year, I predicted that the Model 3 alone could drive a growth of 50 to 100-percent in BEV sales in Canada this year.

I now think that it might have been too conservative – at least for the lower part of the range.

Canada added a little fewer than 10,000 all-electric vehicles on its road last year. At this pace, which I don’t think they will sustain after the second quarter, they could get there in a few weeks.

But at the very least, it will significantly increase the size of the Tesla community in Canada.

Welcome onboard new Canadian Tesla owners and have fun driving past those gas stations at $1.30-1.50 per liter.