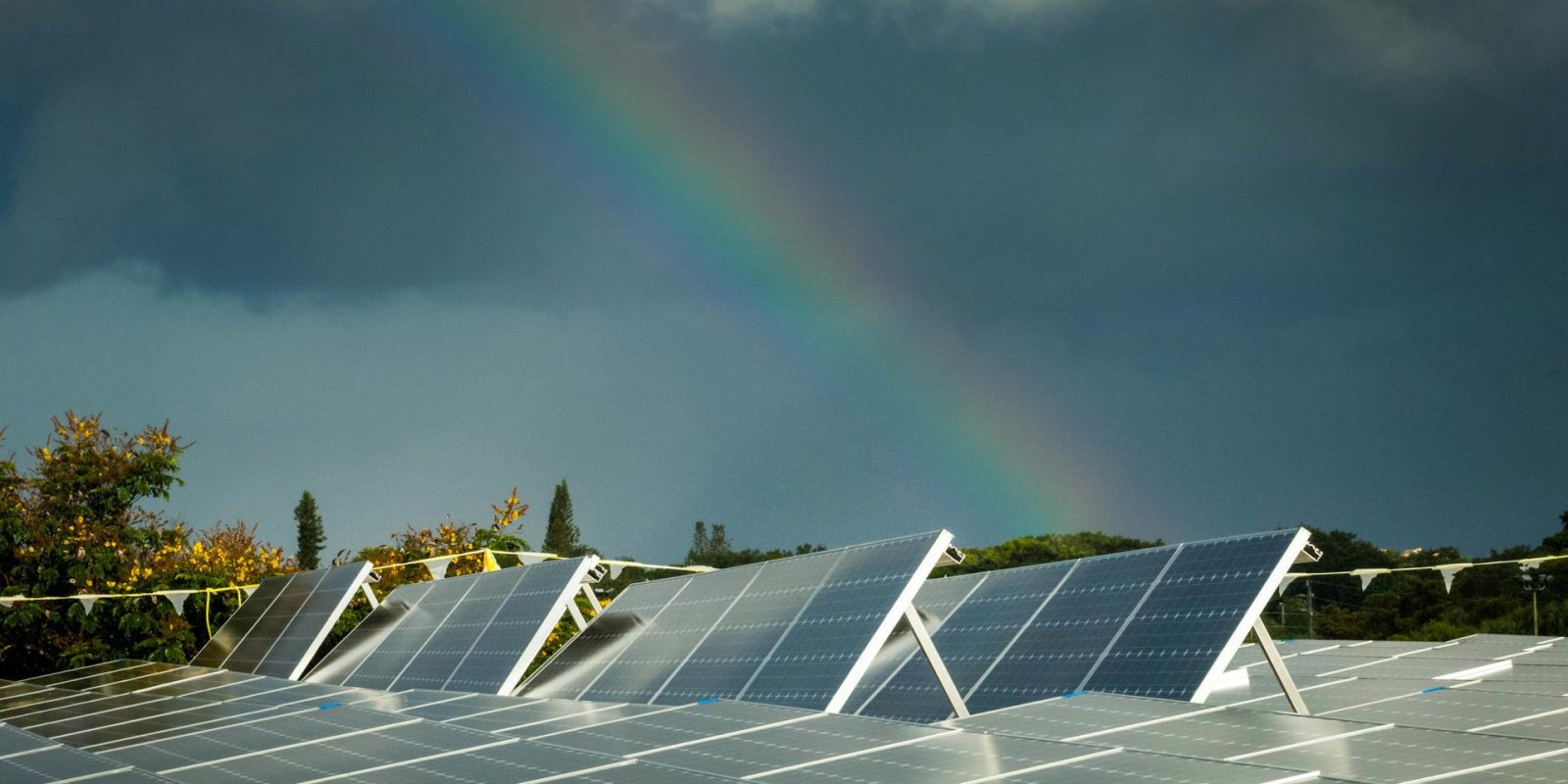 Scientists made cheap organic polymer-based solar cells with a 14.2% efficiency. Harald W. Ade, a physicist at North Carolina State University and Jianhui Hou, a chemist at the Chinese Academy of Sciences, successfully made these polymer solar cells which are cheap, lightweight, flexible, transparent, yet too “unstable” and inefficient to compete with existing photovoltaic technology for the moment. How can organic molecules convert sunlight into energy?

“These kinds of cells require two well-matched organic molecules. The first, usually a polymer, absorbs light and produces excited charges. The second, usually a small molecule, pulls electrons from the first, allowing them to flow through electrodes so the cell can generate current. The challenge is that when chemists improve, say, the light absorption of the donor, its electronic properties may no longer pair well with the acceptor, hampering the electron transfer from one molecule to the other. In other cases, the two molecules may no longer sit close enough to interact. Making a good polymer solar cell is like a whack-a-mole game: Chemical engineers solve one problem only to have another pop up.”

These cells have yet to be certified by the National Renewable Energy Laboratory as they’re too unstable. The previous record is held by Henry Yan at Hong Kong University of Science and Technology, who worked with Harald W. Ade to make cells which are certified with an 11,5% efficiency.

Solar farms managers and builders struggle to find U.S. manufactured solar cells and modules as tariffs make their job harder. According to Cypress Creek Renewables’ CEO Matt McGovern, it is “very difficult, if not impossible” to purchase the necessary equipment only from U.S. companies. They have to go on the Asian market to supply their needs, and tariffs mean inflated costs and thus less ambitious projects as funds run dry faster.

It’s only been four months, but the US solar industry is putting off a lot of projects this year because of the tariffs, says Abigail Hopper, the CEO of the Solar Energy Industries Association.

“So what does that translate to in terms of jobs? We think about 23,000 jobs will either be lost, actual people will lose their jobs, or jobs that won’t be created [this year],” Hopper says. “Companies would have grown and would have invested in their workforce, and they’re not going to do that now because of the impact of these tariffs.”

Hopper’s association is working with a bipartisan group in Congress to repeal the tariffs. She’s not optimistic. Hopper says their best chance could be when the United States International Trade Commission re-evaluates the tariffs in two years.

Tariffs on solar panels were first implemented by the Obama administration against China primarily. President Trump reinforced them, as Chinese companies bypassed them by selling them through foreign middlemen.

HECO displeases regulator and Hawaiians by discouraging locals to buy energy from off-site solar panels. Hawaii’s largest utility provider was ordained by law to provide a plan within 60 days to allow Hawaiian to start their own solar farm and sell energy to their neighbors. 6 months later, complaints abound as the required 260 pages contract dissuade this disruption of HECO’s traditional business model.  To go green, HECO may need to sell less electricity while grid management cost will go up.

“Where HECO once produced power mainly from a few large generators and delivered it to customers, the company now must deal with increasingly complex sources of energy, including some 80,000 rooftop solar systems, which put varying amounts of power onto HECO’s grid at a given time.

The systems pose not only a technical challenge for HECO, but also a financial one. Despite increasing customer accounts over the last five years, to about 462,000 in 2017 from 451,000 in 2013, the company’s electricity sales declined during the same period – the apparent result of more people producing their own power rather than buying it from HECO.”

Hawaiian law requires HECO to sell 100% renewable energy by 2045. Decentralised solar energy production is a key and unavoidable way in an island chain like the Aloha state to fulfill this objective.

Featured image is from the Department of Energy SunShot program. Rainbow over a rooftop solar array in Broward County, Florida. Photo by Paul Krashefski.