The idea behind Tesla’s solar roof tiles was driven by Elon Musk seeing a need for more differentiation in solar products, which he thought would be driven by aesthetics.

Integrating solar cells into roofing material wasn’t in any way a new idea, but Tesla’s solar roof tiles innovated by making the solar cells undetectable from a street view while still capturing sunlight.

Now a new patent obtained by Tesla and released last week shows how the company made it happen.

When unveiling the new product, Musk said that there was a shocking amount of technology in the tiles.

They are using new solar cells developed with Panasonic and they had to develop a new complex connector technology to link all the tiles in an efficient way that wouldn’t take too much time to install.

But for the aesthetics, they had to find a way to make the tiles look normal from a street view while still leaving the solar cells visible from a birdseye view in order for them to catch the sun.

They had to achieve all that without losing too much cell efficiency. Tesla claims to have done it with about 98% of the efficiency of regular solar cells in solar panels. Here’s a look at a street angle (left) versus a birdseye view (right) of the solar roof tiles: 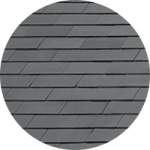 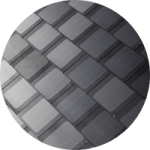 The day before they unveiled the product, Tesla applied for a patent on the technology behind it and the application was made public last week.

In short, Tesla developed a new glass with louvers that reflect that light in a way that makes it look opaque at a lower angle when combined with a backsheet layer while still remaining transparent for the sunlight above.

Here are two figures from the patent application:

Here’s Tesla’s more technical description of the system from the patent application:

The patent application also describes different ways that they can use the technology to give different visible colors and textures to the tiles.

I am not going to lie, a lot of it is extremely technical and went over my head, but here’s the patent application in full if you want to take a deep dive: