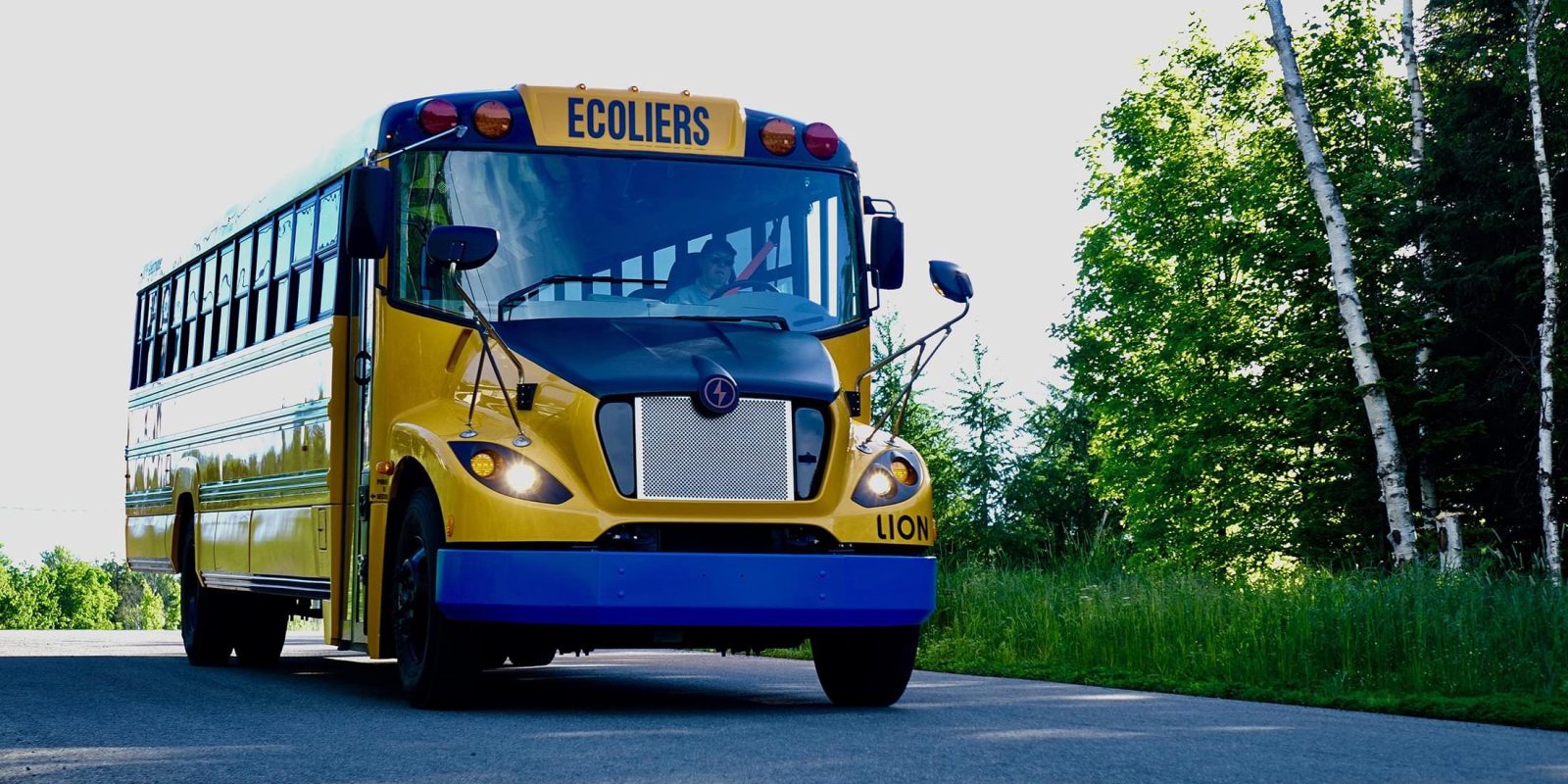 First Priority GreenFleet (FPGF) partnered up with The Lion Electric Co. to deploy what they claim is “the biggest all-electric school bus deployment in North American history made by a single Original Equipment Manufacturer (OEM).”

Based on their use, it would seem that school buses would be a fairly simple mode of transport to electrify, yet, very few of those vehicles are powered by batteries today.

Their routes are generally relatively short and they are often parked for long periods of time as they are not used as intensively as urban transit buses or coaches, which gives them opportunities to charge.

Some companies have understood the benefits and are starting to accelerate the deployment.

California has been leading deployment thanks to grants and funding options to help fleets go electric.

“California air quality agencies currently offer funding options for local school districts looking to electrify their school bus fleets. Lion is proud that our zero-emission buses are able to support the air quality goals that CARB, regional AQMD’s and California Energy Commission have set to improve the State’s air quality for the citizens of California. We are also thankful for our school district partners for leading the EV movement and are excited to continue assisting them in turning their school bus fleets into a zero-emission, healthy breathing environment for our children and communities.”

The Lion Electric Co.’ eLion electric bus has a range from 90 to 150 km (55 to 94 miles) depending on the configuration.

The company is seen as a leader in school bus electrification, but as we recently reported, they are starting to have some competition with Blue Bird taking its new all-electric buses on the road to convince schools to go electric and Daimler unveiling its first all-electric school bus, which is expected to enter production next year.

Lion has been building its electric powertrain expertise for now 8 years and it is looking to expand beyond school buses. We will have more on that later with a report from their factory in Quebec.

Update: A new lineup of all-electric trucks and buses is now emerging in Quebec