Blue Bird, an important American bus manufacturer better known for its school buses, is taking its new electric buses on the road to school districts and fleet operators around the country to convince them to go electric.

The company unveiled their electric buses at the STN Tradeshow in Reno last year.

They made electric versions of their Type A, Type C, and Type D school buses – Type D pictured above.

Blue Bird says that both buses should be able to achieve about 100 to 120 miles of range, which is generally plenty for most school bus routes.

School buses generally operate on relatively short routes and they are often parked for long periods of time as they are not used as intensively as urban transit buses or coaches, which gives them opportunities to charge.

When unveiling the vehicles last year, Blue Bird said that the range was enabled by a massive 150 kWh battery pack, but now they have updated the powertrain with a new 160 kWh pack. The company said that a smaller 100 kWh option will also be made available for less demanding routes. 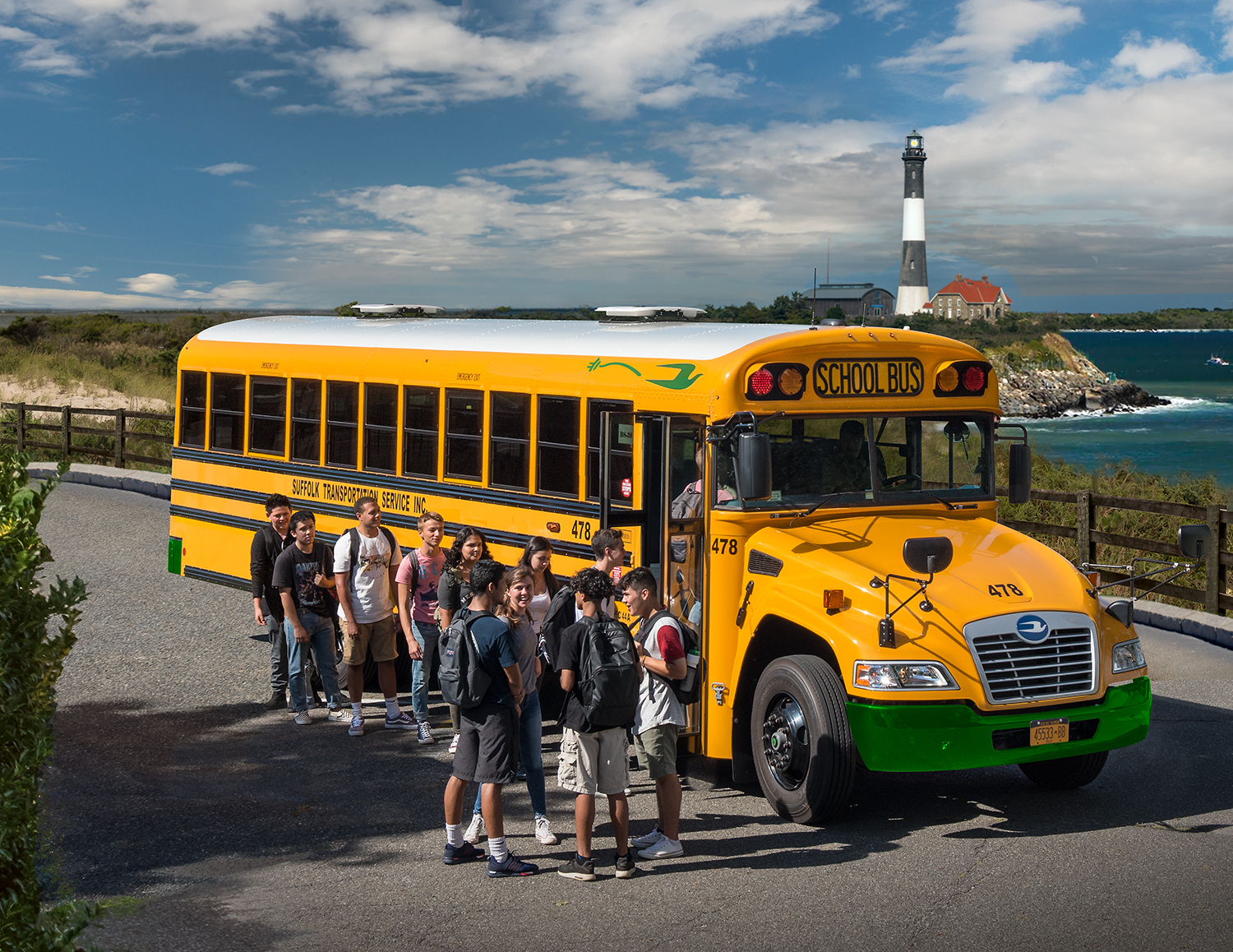 They are currently doing “Ride & Drive events” all around the country. They went to California, Nevada, Arizona, Colorado and Ohio.

After the outstanding response we saw in California, Blue Bird is excited to showcase our electric school buses to customers and drivers across North America, not as concept vehicles, but as a preview of our production buses later this fall. As both the pioneer and undisputed leader in alternative fuels, we are delighted to expand our “green” product offering by adding electric bus options in both Type C and D body styles. Our electric buses have received an Executive Order from the California Air Resources Board and both HVIP and TVIP listing, which qualify Blue Bird’s electric buses for grants available in California and New York, respectively. That’s great news for our customers and following our Ride & Drives in California, we are already receiving orders from school districts. We are open for business and taking orders!

They are currently in New York and then will head to Florida and later Ontario, Canada. You can follow their other events here.

According to the company, the first buses will be delivered at the end of the summer or early fall and they will deploy a Vehicle-to-Grid (V2G) feature – meaning that the buses could be used as energy storage systems – next year.

I think all-electric school buses are a no-brainer since urban transit buses are already starting to be financially viable solutions and school buses don’t need nearly as much energy capacity in most cases.

Even if the upfront cost might be higher, they should be able to compensate it with fuel and maintenance savings.

In the case of Blue Bird, a Vehicle-to-Grid (V2G) feature is also a smart addition that could add value to school districts buying fleets since the buses are often parked for long periods of time and could be used as energy storage systems.