Electrify America has been making a lot of moves lately to build up its planned electric vehicle charging network in the US.

This week, they unveiled a map of their planned charging stations.

As we previously reported, Electrify America was created as part of the German automaker’s $2 billion settlements with California Air Resources Board (CARB) and the U.S. Environmental Protection Agency (EPA) over its use of emission test cheating devices in its diesel vehicles.

Furthermore, they also announced plans to install ‘2,800 charging stations’ at workplaces and apartments.

After unveiling their charging stations with new suppliers last month, they announced partnerships with Walmart and Target to deploy some of those stations.

But now we have an even better idea of where those stations will be deployed as Electrify America released a new map of the planned network: 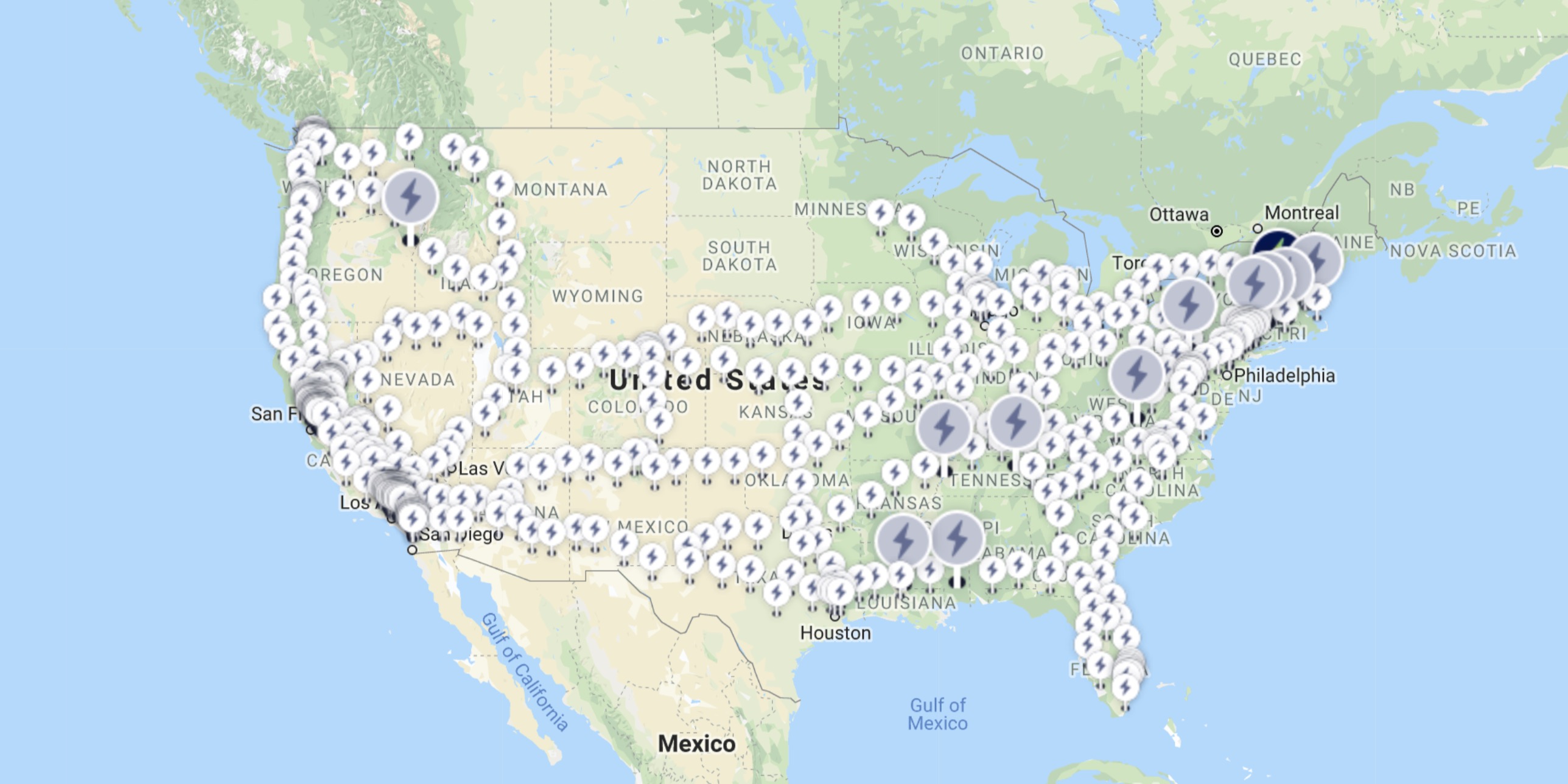 The exact locations of most of the stations haven’t been confirmed yet, but they have determined the routes that they plan to cover with their “ultra-fast’ charging stations.

However, we do have a good amount exact locations, especially in California and in the Northeast.

The goal is for all 2,000+ stations to be “operational or under construction at 484 sites in 17 metropolitan areas and on highways in 39 states by the end of 2019 as part of its Cycle One infrastructure investment.”

Based on the stations that they unveiled last month, the charge points will have CHAdeMO (50kW) connectors, plus additional dual-handle chargers with CCS1 (50 to 150kW or 350 kW) connectors, and a 15-inch touchscreen display with the same user interface.

The network will be operated on the Greenlots platform.