Robert Allan, a naval engineering firm best known for its specialty-use boats, like tug and barge transportation, has unveiled a new all-electric pilot boat to ferry pilots to their boats emission free.

A pilot boat is a type of boat used to transport maritime pilots between land and the inbound or outbound ships that they are piloting.

The distance that they have to cover can vary a lot, but it can often be fairly short, which makes it ideal to electrify with the current state of batteries.

For this new electric boat, the RAlly 1600-E, the firm says that it will be limited to jobs where the run to the ship is 5 nautical miles or less in order to still have about 30% of its battery capacity just to be safe.

Robert Allan describes the new boat in a press release:

“The RAlly 1600-E is an aluminum version of its highly successful steel predecessor. It boasts a fully electric twin screw drivetrain and a substantial bank of high energy density batteries that are recharged from shore power. Twin small auxiliary generators give “get home” and range extension capability but are normally not running. With a top speed of 20 knots and quiet, emission free running, this vessel will convey pilots at speed and in style. The environmental impact of operations as well as operating costs are also significantly reduced.”

The 16-meter-long boat can accommodate a crew of 2 and transport 4 pilots. 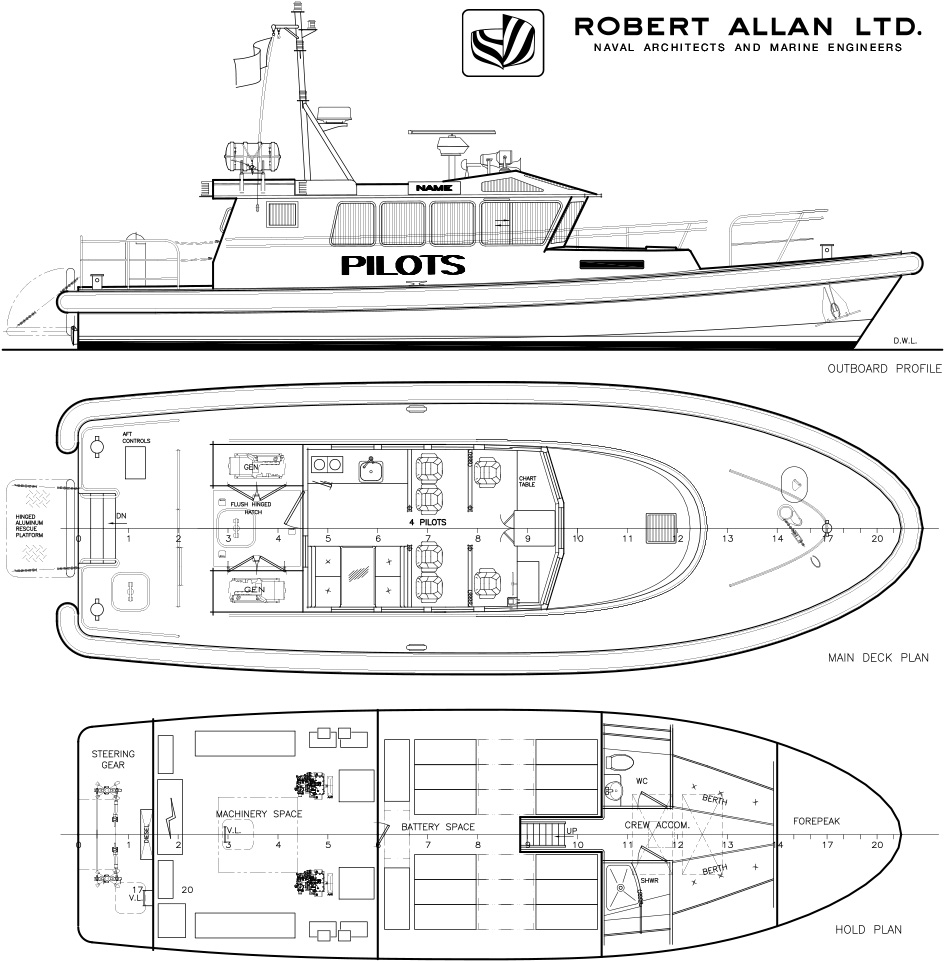 It is equipped with two 500 kW permanent magnet electric motors capable of a top speed of 20 knots. The electric motors powered by a large 815 kWh battery system made of 70 modules of Spear SMAR-11N-224 units.

The firm describes the battery system:

“As required by Class they are arranged in a separate compartment which is located in the middle of the boat between the accommodations and the machinery space. The batteries are liquid cooled and the entire space is well ventilated and fitted with a FirePro fire extinguishing system. The same batteries also power the boat’s normal electrical load of lighting, etc. The entire design is eligible for Class approval such a Lloyd’s, ABS, or Bureau Veritas.”

Robert Allan didn’t confirm a price for the new boat yet, but it expects that it will be more expensive than the diesel version, but it will be compensated by savings on maintenance and fuel.

More electric boats for commercial applications are starting to show up on the market. We recently reported on the rise in popularity of electric ferries and there’s also a new all-electric hydrofoil water taxi currently being tested.