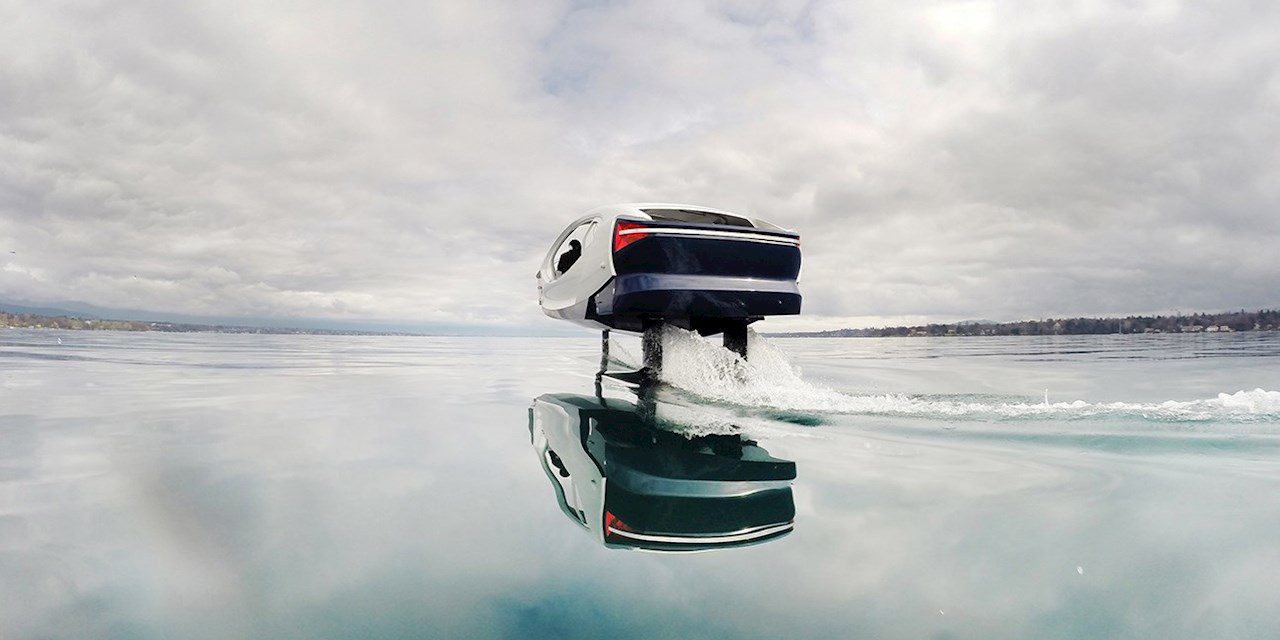 A French startup called SeaBubbles has been testing a new all-electric hydrofoil water taxi over the past few years.

They have been making waves in Switzerland during tests on Lake Geneva over the last few days as they prepare to launch a taxi service in the region.

SeaBubbles is a battery-powered boat with a hydrofoil design, which enables lower drag and greater speeds by lifting the hull of a boat over the water.

It also gives you the feeling of hovering over the water, which is pretty cool and can reduce seasickness.

The vehicle is powered by a 20 kWh battery pack that feeds two 10 kW electric motors. If my math works out, that gives them at least an hour between charges.

The company wants to use its electric boat to offer taxi service in cities located near rivers and lakes, like in Paris on the river Seine.

They are facing some red tape because while electric boats often face fewer regulations due to the fact that they don’t pollute or create much noise, a hydrofoil boat needs to achieve a somewhat higher speed in order to maintain its hovering cruising position and there are speed restrictions on many rivers and lakes.

It slowed down their deployment in Paris, but they are now back to testing their service in the city and if it’s deemed safe, they should be able to launch the Uber-like taxi service on water next year.

But now they have also turned to Lake Geneva in Switzerland to test their latest prototype:

They tested their new fly-by-wire system on the lake and presented their project in the city, but they also face some regulatory hurdles there as the local government is reportedly worried about the company’s plans to build docks for their electric boats on the shore and a local ferry company operating on the lake is worried about increased traffic.

Nevertheless, it’s a cool project and we will keep a close eye on it going forward.