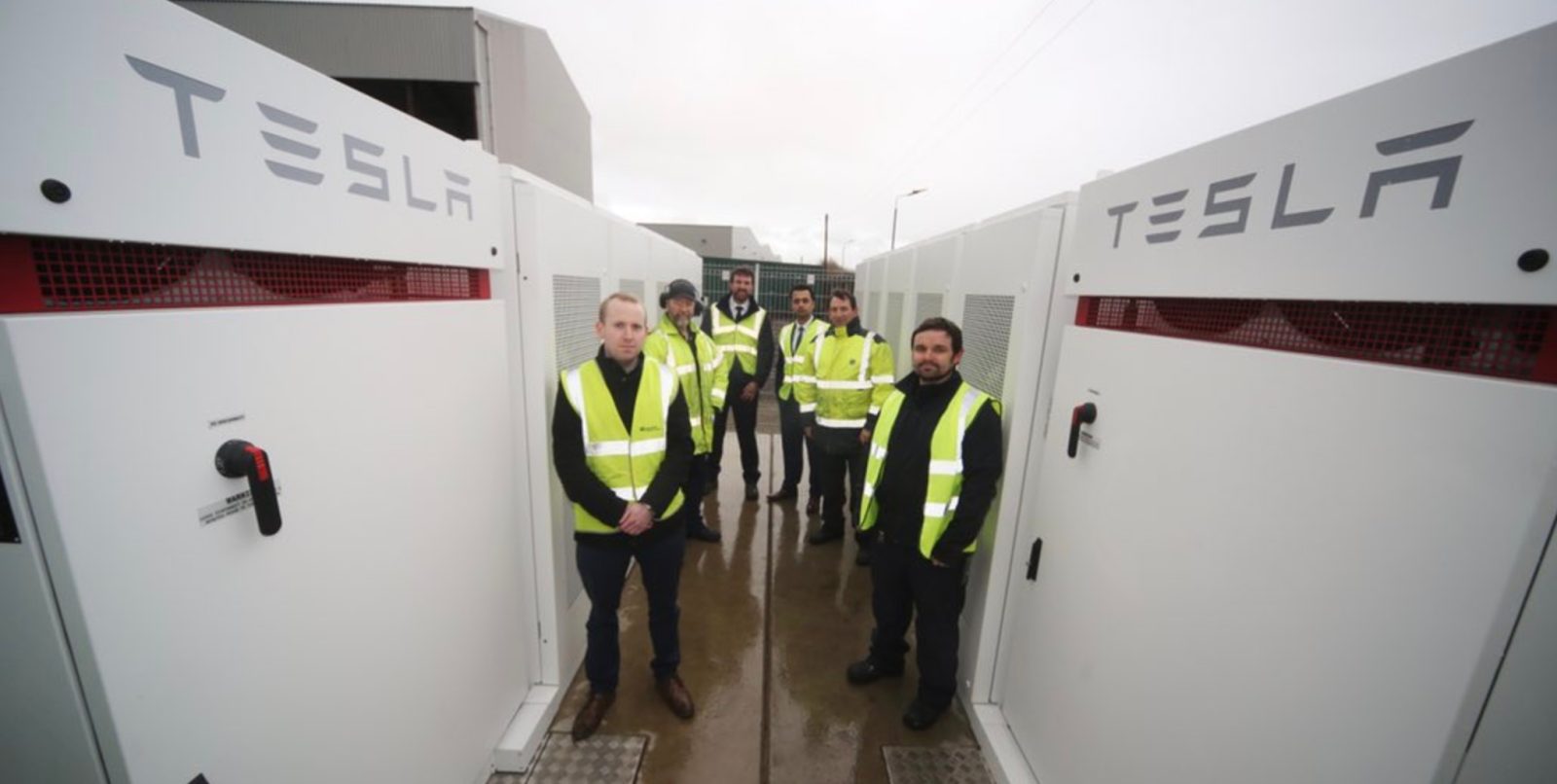 With the help of an Irish energy company, Tesla is deploying a large Powerpack system at a glass container factory in Scotland in order to avoid any downtime due to power outages and take advantage of lower electricity rates when demand is not high on the grid.

The battery system was deployed earlier this month, according to a joint press release by Ardagh Group, the glass manufacturer, and ESB Smart Energy Services, the energy company behind the project.

It is a 2 MW Powerpack system, one of the largest systems that Tesla has recently delivered, at Ardagh’s Irvine facility in Scotland.

They describe the project as a two-part solution:

“We are committed to environmental responsibility and sustainable manufacturing processes and had been exploring battery storage solutions to help us effectively meet these commitments. When ESB approached us with its battery storage offering, we felt confident that this would provide the efficient and cost effective solution we were looking for, which it has now successfully delivered.”

They claim that it is the first of such energy storage system being deployed at a manufacturing facility in Britain.

We recently reported on another Tesla Powerpack project being deployed in the UK, but it was a smaller project installed at a business park.

It looks like Tesla Energy has been accelerating the deployment of its Powerpack battery systems with new projects being announced every week in recent months. We have reported on a new Powerpack system that brought a business almost completely off-grid in France. Tesla Powerpacks have also powered up a new microgrid to stop outages in a town in the Philippines, and the company has several major projects underway in Australia.

EBS produced a quick video about the Powerpack project at Ardagh’s Irvine facility in Scotland: