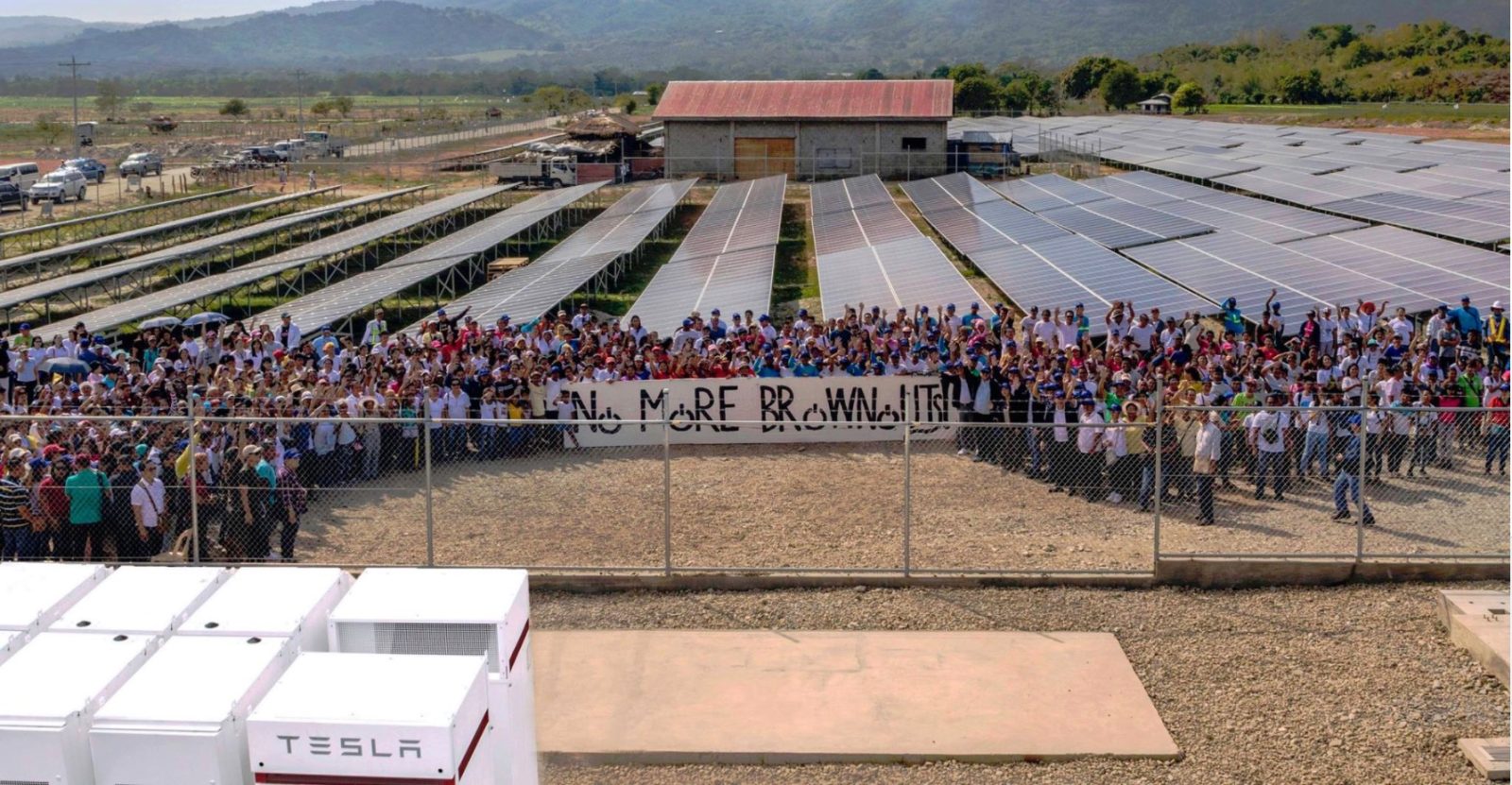 A large Tesla Powerpack project was deployed in a town in the Philippines to create a microgrid linked to a solar installation – pictured above – and eliminate their brownout problem.

Solar Philippines, a solar developer in the Philippines, built the 2 MW solar array and combined it with 2 MWh of Tesla Powerpack batteries in in Paluan, a municipality of Occidental Mindoro, where they have been suffering from frequent outages.

The microgrid can now supply the town with solar energy 24 hours per day by storing the excess solar energy during the day into the Tesla Powerpacks.

It’s now their main source of electricity, but they also have a 2 MW diesel generator in case of emergency.

The new microgrid should solve the town’s power crisis. The community got together to celebrate the end of their brownouts. 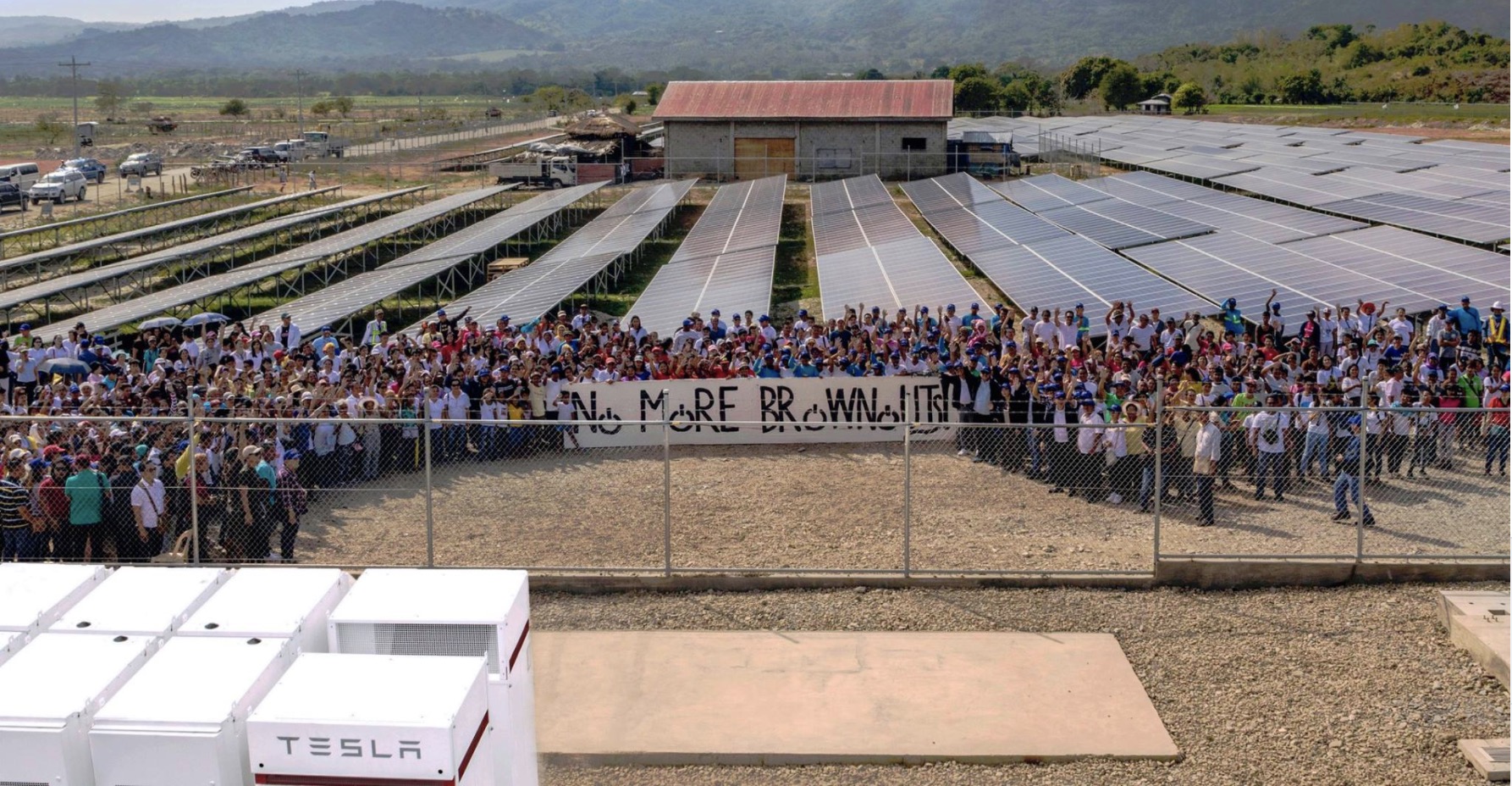 “As utilities sign more contracts with expensive coal and gas power plants, we will continue to energize the Philippine countryside with solar and batteries, which are not only cheaper but now proven to be even more reliable than fossil fuel. The people in Paluan, Mindoro now enjoy better service at lower cost than Filipinos in even major cities across our country; and we hope it is only a matter of time before all Filipinos will be able to enjoy the same.”

The company is building a solar “Gigafactory” with a 2GW capacity to accelerate the deployment of solar power in the country and combine the solar arrays with battery systems, like Tesla’s Powerpack, to create microgrids.

They estimate that 30 million Filipinos live with brownouts and those microgrids could solve the issue while lowering the cost of electricity.

Microgrids are increasingly being considered as a solution where outages are frequent – especially for more remote communities.

Govt officials recently said Puerto Rico is currently considering Tesla’s plan for a series of microgrids after their power grid was destroyed by hurricanes.

Tesla is building a ‘Microgrid Lab’ at its Gigafactory 1 in Nevada and they already deployed several other projects, like at a resort in the Fiji Islands and powering an island in North Carolina.