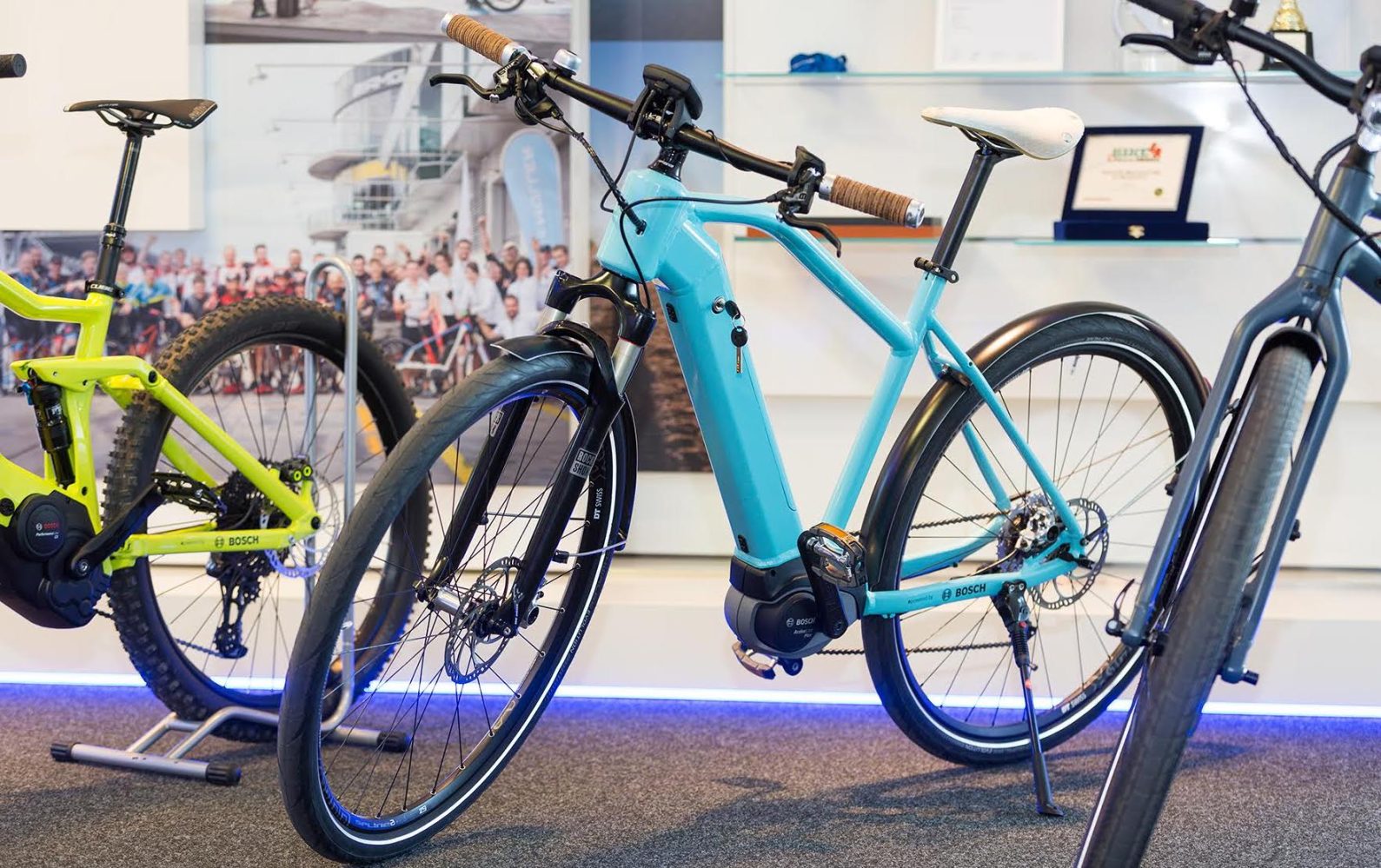 Bosch today announced that its PowerTube 500 batteries would be coming to US bikes. As the name implies, these are 500Wh batteries that will be integrated into the down tubes of bikes by manufacturers. As Bosch is the leading supplier of high-end ebike powertrains, the news will likely signal a shift to a more integrated look for “bike shop” quality ebikes.

We took a close look at the Trek Supercommuter 8 last year which integrated Bosch’s previous battery design, however Trek made a pretty huge effort to design the bike around the bulkier rectangular battery.  Now with the longer thinner design, first showcased in Europe last year, bike manufacturers will be able to hide the battery in the down tube much more easily, like Bosch’s competitors.

Bosch, who builds whole battery/motor/controller powertrains and then sells proprietary systems to high-end bike makers at premium prices, takes a different approach than most manufacturers. It allows companies like Trek to focus on making the bike bits and outsource the “e” bits to Bosch who takes full ownership of the propulsion, including warranty, and guarantees to be around for a long time.

Specialized, who specs their own “in-house” gear for their bikes, offers an integrated, slightly larger 604Wh batteries. Giant does something similar although with smaller 500wH batteries.

This is more of a catch up move for Bosch, whose blockier integrated batteries seem out of place in the higher tier eBike market. If you need any convincing, look at the 500Wh Raleigh Redux we reviewed last year with the smooth, quiet Brose powertrain. 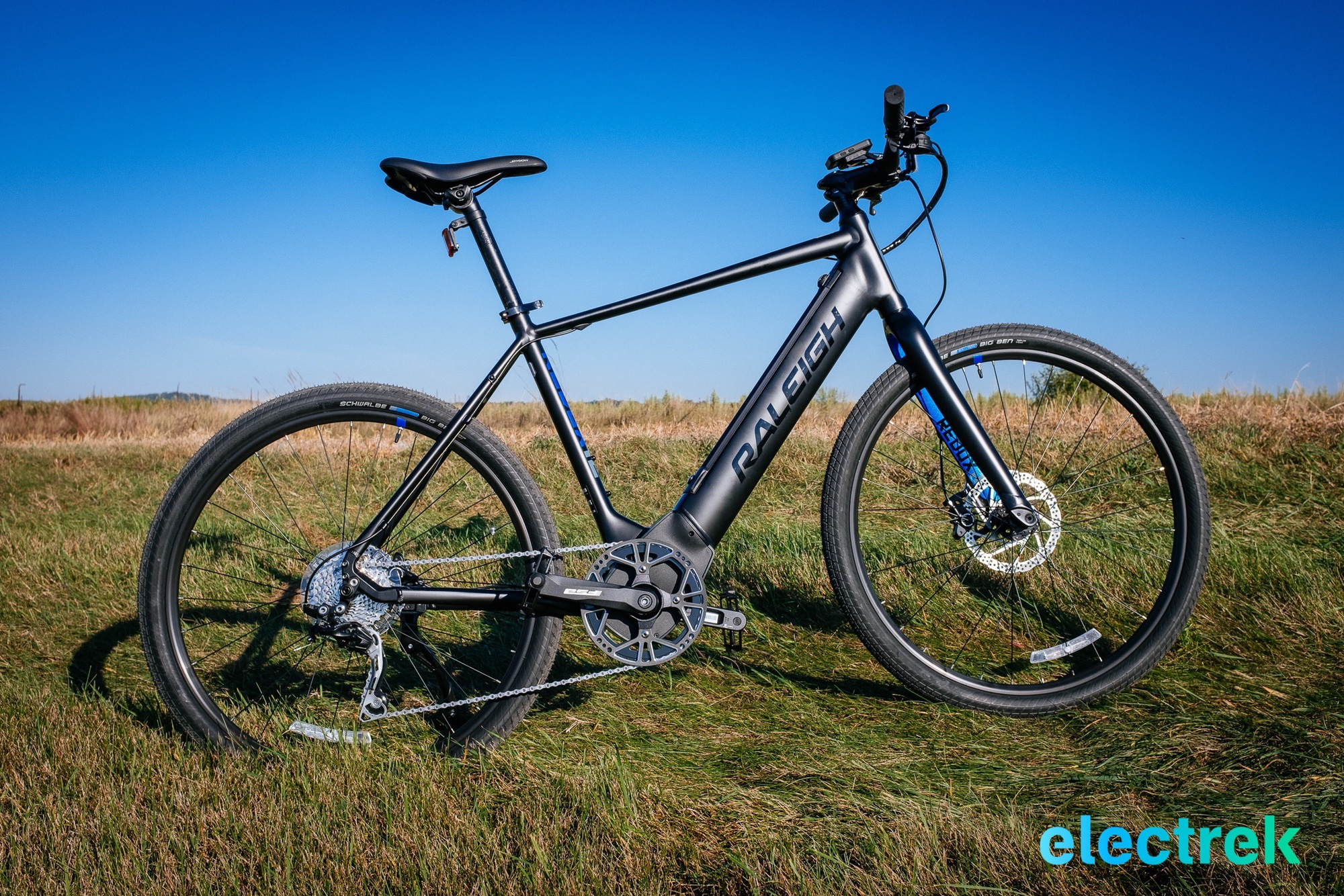 Since Bosch left the lithium (and solid state) battery manufacturing game earlier this year, it would be nice to see them let 3rd parties and tinkerers make batteries for their excellent components. The price of these batteries and their replacements is borderline insane ($1000/ea). You can buy whole ebikes for half the price of Bosch’s proprietary batteries alone.

Speaking of Bosch requests, I’d also like to see them follow Brose into a quieter motor offering.

State-of-the art eBike battery now blends into the bicycle Available at retail summer of 2018 Test ride PowerTube 500 at Sea Otter Classic Irvine, Calif. – As eBikes transform into a “lifestyle product,” smart aesthetics and attractive design play an increasingly important role. That’s why Bosch eBike Systems is setting the pace: for Model Year 2018, presenting the PowerTube 500, a battery which can be integrated into the frame of the bicycle. The PowerTube 500 combines modern design with first class Bosch technology for eBikers who prefer a clean and timeless look.

New design dimension: PowerTube 500 combines style with efficiency Bosch’s new eBike battery can be integrated into the frame of an eBike, invisible from the outside. This considerably widens the range of options available to bike designers, manufacturers and end consumers. The PowerTube 500 combines style and practicality, offering the power of an eBike with an aesthetic that more closely resembles a traditional bicycle.

The PowerTube 500 can be built into different types of frames, and is therefore suitable for a wide range of cycles – from city bikes and roadsters to eMountain bikes. The battery can be removed from the top, bottom or side. A two-stage mechanism ensures complete safety and easy handling when the battery is being inserted or removed: when unlocked, the battery clicks out of the frame by less than an inch and can easily be handled. A safety device prevents the battery from falling out. The battery is also optimally protected by the frame. Alternatively, the PowerTube 500 can be charged directly on the bike. The recesses on the upper side can be used for a bottle holder or for design trims. The surface of the PowerTube 500 stands out with a high-grade anodized aluminum in black.

Maximum compatibility with Bosch product lines The integrated battery has a capacity of approximately 500 watt hours (Wh); it measures just 13.7” x 3.3” x 2.6” inches and weighs only around 6.2 lbs. The PowerTube 500 has an impressive power density and is one of the lightest batteries currently on the market. The new lithium-ion battery is also available in combination with DualBattery: if it is installed horizontally by the manufacturer, the lower tube can be used for an additional frame battery or a bottle holder, for example. The PowerTube 500 is compatible with all of Bosch eBike Systems’ product lines.