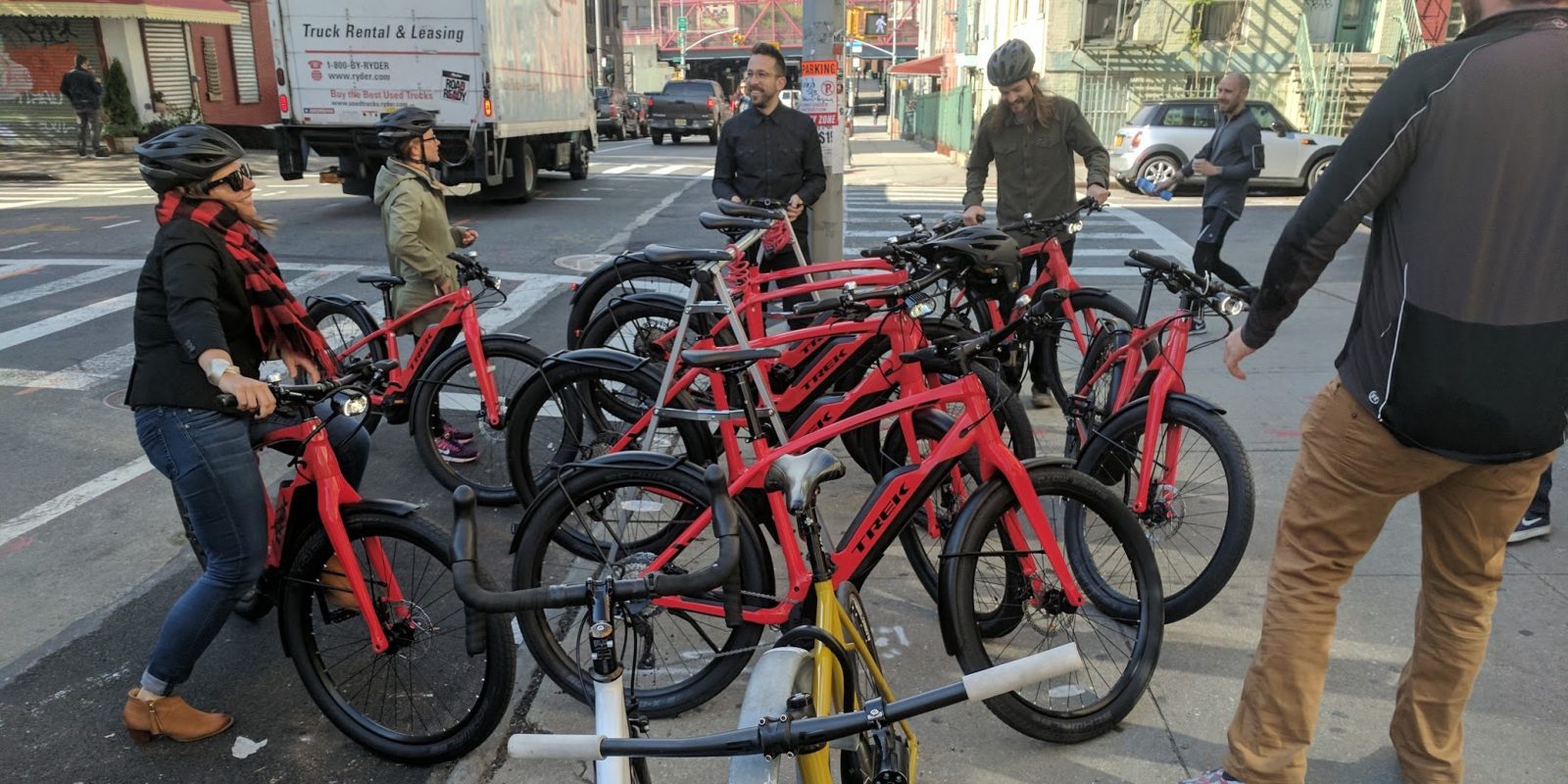 I had the pleasure of joining the Trek team in New York City this morning for a small briefing and a ride over the Williamsburg Bridge to Brooklyn on the new Trek Super Commuter 8S which due for consumers in the US later this Spring. What got us interested in this event wasn’t so much the Bosch 350W motor/500Wh battery technology but the marketing Trek was using in its campaign to sell this $5000 bike…

As an avid bike rider who often puts in 100 miles/week on an old fashioned road bike, I view all ebikes skeptically, especially for commuting over mostly flat land. But that’s not the case in Europe, however, where ebikes have taken off in a huge way, now accounting for 50% of new bikes sold by number, according to Trek.

Trek, who has been building e-bikes since the ’90s (the first one was called “Electrek”!), wants to mainstream the ebike phenomenon in the US as well. Its campaign for the Super Commuter+ 8S is that you can go as far as trading in your car for one of these and get to work often quicker, easier and having more fun that the (likely ICE) car you currently use.

That’s the type of idea that I can get behind.

Now obviously this won’t work for many commutes. For instance, the range on the 8S is anywhere from 18 – 80 miles of pedal assist – depending on a lot of factors including amount of 1X to 4X power pedal assist applied. That means probably under 20 miles at most and ideally under 10 miles. But a lot of other factors out of Trek’s control including weather, road congestion/bike lanes, terrain and one’s comfort level on a bike on a road will play a bigger role in deciding to ditch the car.

But theoretically, there is a sizable portion of the US that lives in good enough weather and safe enough streets that could trade their commuter car in (or forgo an upgrade) and afford this electric bike instead. 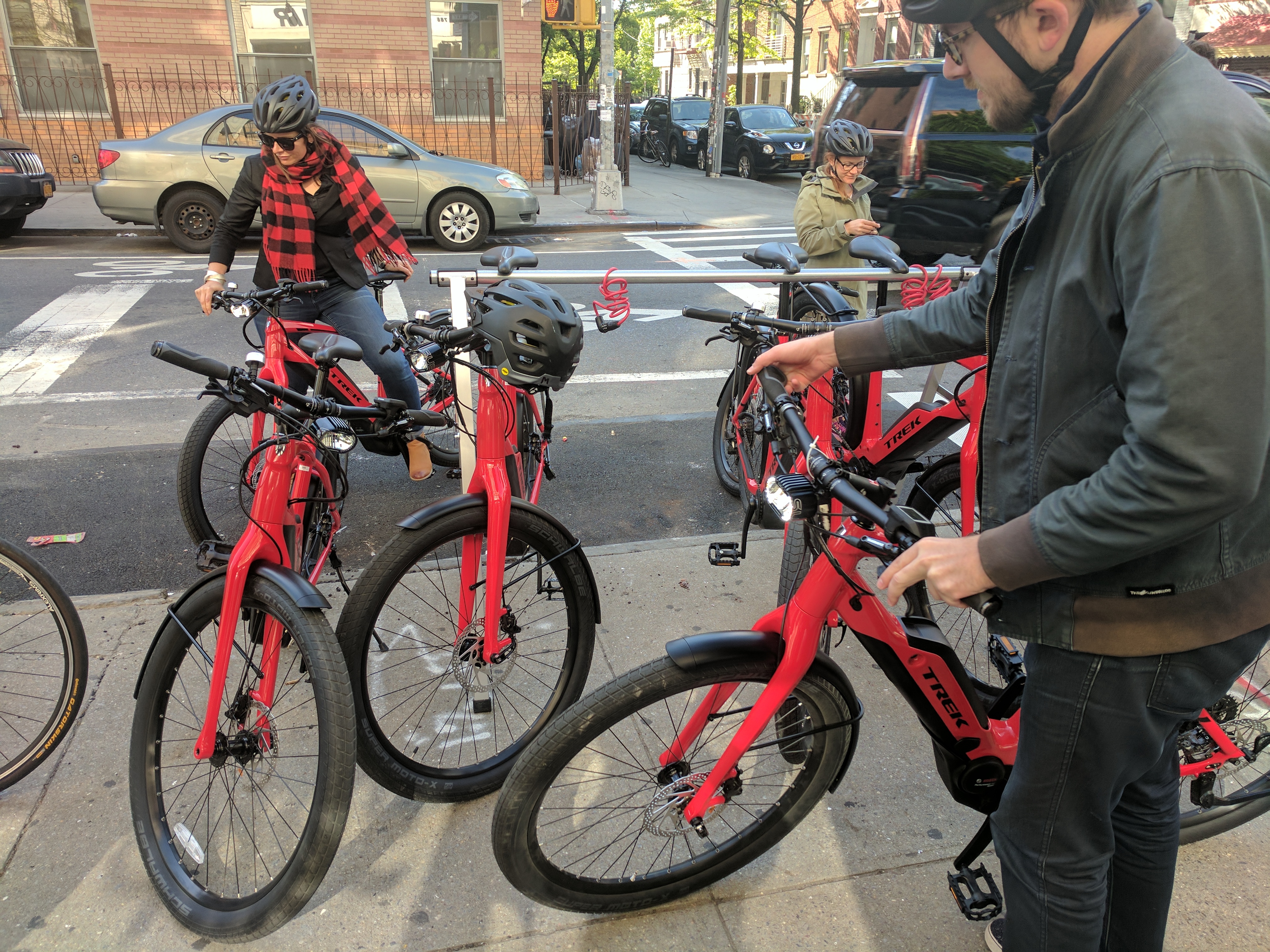 From the test ride across the Lower East Side of Manhattan and the East River to Brooklyn over the Williamsburg Bridge, I gathered a few good and otherwise observations about this bike (I’ll have more in a full review hopefully coming up soon): 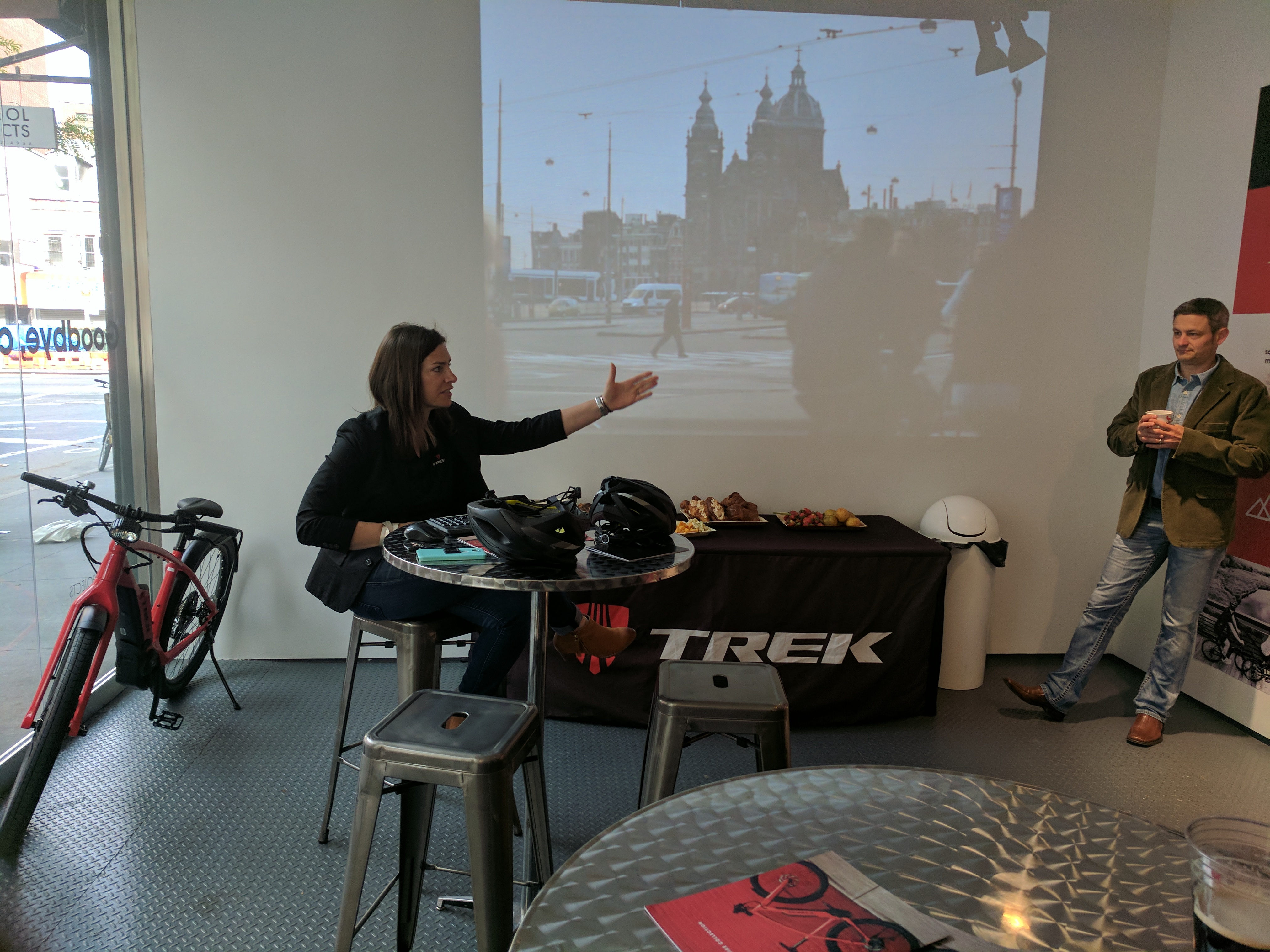 I’m definitely going to need some more time on the bike to see if I could somehow justify the $5000 price tag. If I could take this to New York City through the 40 miles of trails, it might make some sense. But I’d need to see how the battery fared on a day to day basis. I’d need to average close to the 30 mile per hour top speed for any type of reasonable commute which probably isn’t realistic. I think people with under a 15 mile commute would be best served with this type of solution.

Also, I’m hoping ebikes like this come down in price. I immediately think of Sondors sub $1000 price tag and wonder why putting a $1000 Electric bike system on a $1000 bike costs $5000. Hopefully, the economics of scale and healthy competition brings these bikes closer to the $1000 range that would allow a lot more people to bike to work and still keep that commuter (hopefully EV) car for rain and snow.