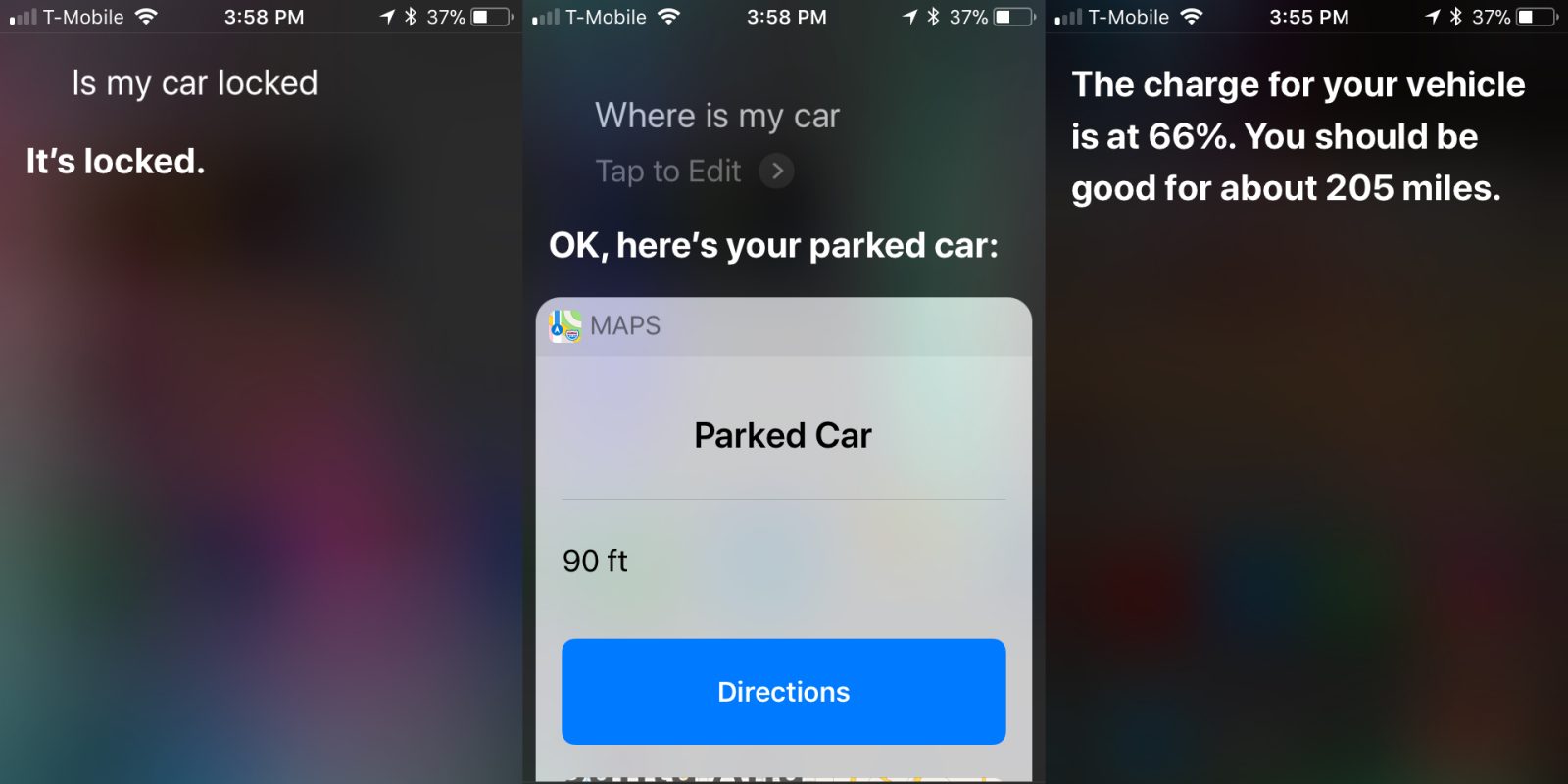 In version 3.3.3 of the Tesla iOS app, released today, Siri integration now works with the Model 3.

The changelog states that it’s only “minor fixes and improvements,” but I’d argue that this is more than just a minor improvement.

Tesla has had Siri integration for the Model S and X since November, but this is the first time it’s been possible to control the Model 3 with Siri.  This merely gives access to much of the information and controls which are currently available in the Tesla app, but it’s still nice to be able to use many features of the app without having to launch it.

Here’s a partial list of commands which are possible as of now, which I’ve verified:

Siri seems to respond to “my car” rather than “my Tesla” or “my Tesla Model 3.”  Of particular note, this means that if you own multiple Teslas, you can’t say “my Model S” or “Model 3” to distinguish between the two cars, and Siri will simply send commands to the last car you had open in the app.

It’s currently not possible to set climate control, turn on valet mode, or to open the trunk or frunk through Siri.  It’s possible we may see some of those commands added in the future.

You can even use the “Hey Siri” hands-free function, however it will require your iPhone to be unlocked to do so.  If you attempt to use any of these commands while your phone is locked, Siri will ask you to unlock your phone first (through Touch ID, Face ID or passcode).

The integration is still a little wonky at times.  For example, I repeatedly asked to “unlock my car” and Siri told me that it couldn’t operate my headlights (even though it had just flashed my headlights moments ago).  Eventually she got the idea, and successfully locked and unlocked my car.

But, perhaps most important of all, there’s definitely a “wow factor” which is great for showing off your shiny new high-tech gizmo.  Now, imagine how cool it will be when they enable summon through Siri…

Here’s Fred’s video of it working on the Model S, with an earlier version of the Tesla app: