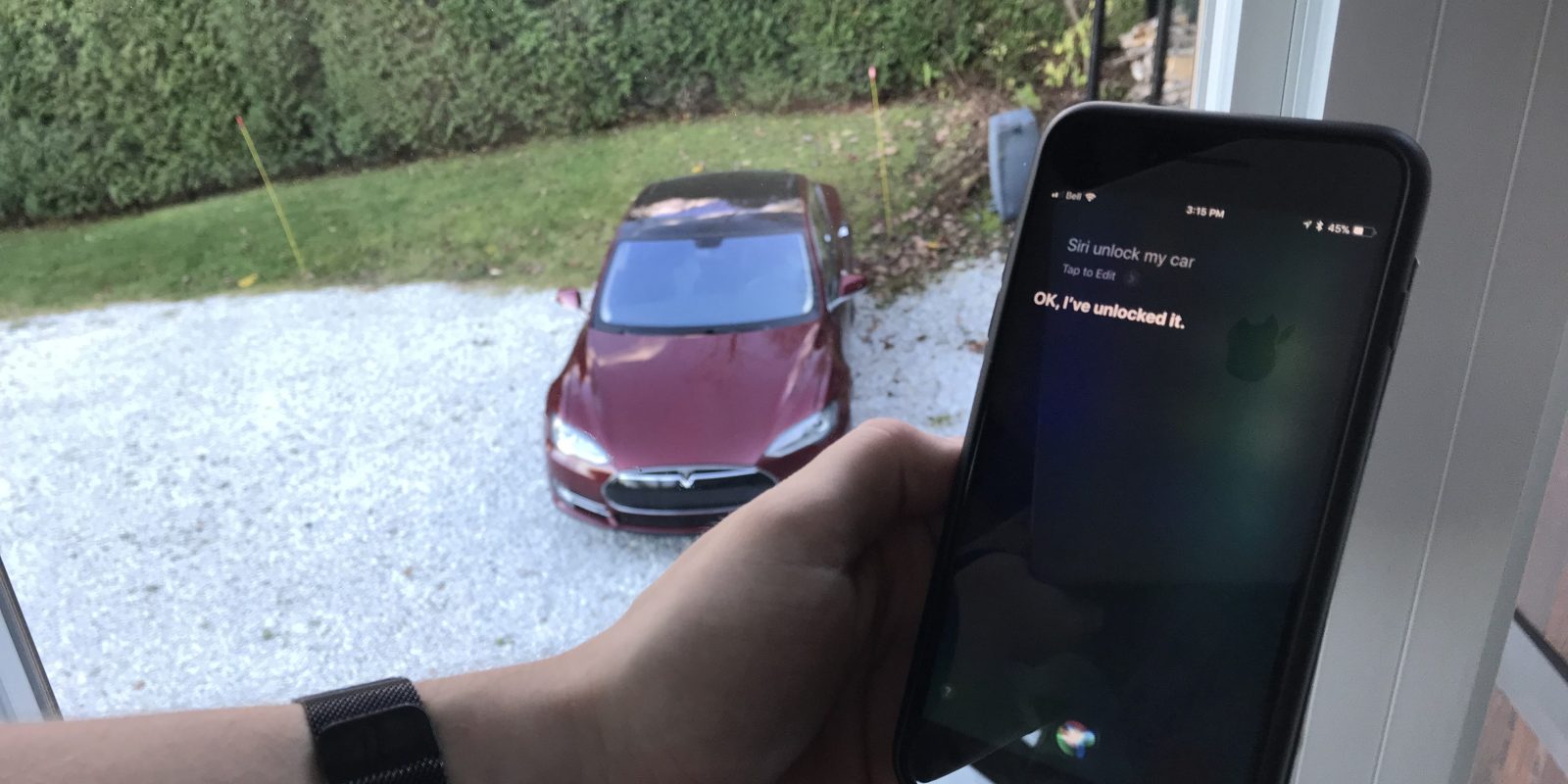 Other third-party apps have been playing with Siri integration through Tesla’s API for a while now, but it’s not something that Tesla has ventured into directly until now.

Chris Danks on Twitter pointed me to what appears to be a native Siri integration with Tesla today.

It wasn’t clear when Tesla implemented it since it only refers to “minor fixes and improvements” in the 3.2.1 release from last week, but since I hadn’t yet updated my Tesla app, it gave me an opportunity to test it.

Sure enough, it didn’t work with my month-old app version, but it started working (sort of) after I updated to the 3.2.1 version.

After you ask Siri to operate a function on your car for the first time under the new update, it will ask you to access data on your Tesla Mobile app:

It looks like it’s still very much in beta because it doesn’t work all the time and not all the functions currently available through the app can be activated by Siri.

I’ve made a quick video showing a few of the functions that currently seem to work OK for the most part:

Tesla has been working a lot on its mobile app this year as it is becoming a more important part of its user interface.

A few months later, Tesla launched Powerwall and solar integration in its mobile app in order for homeowners to switch between its different home energy products and Tesla vehicles if they have any within the app.

Finally, Tesla updated its mobile app again in September to support Model 3 integration. The mobile app is even more important for Model 3 since the vehicle doesn’t come with a key fob and instead relies primarily on the app to access and drive the vehicle.

What other features you want to see Tesla add to its mobile application? Let us know in the comment section below.