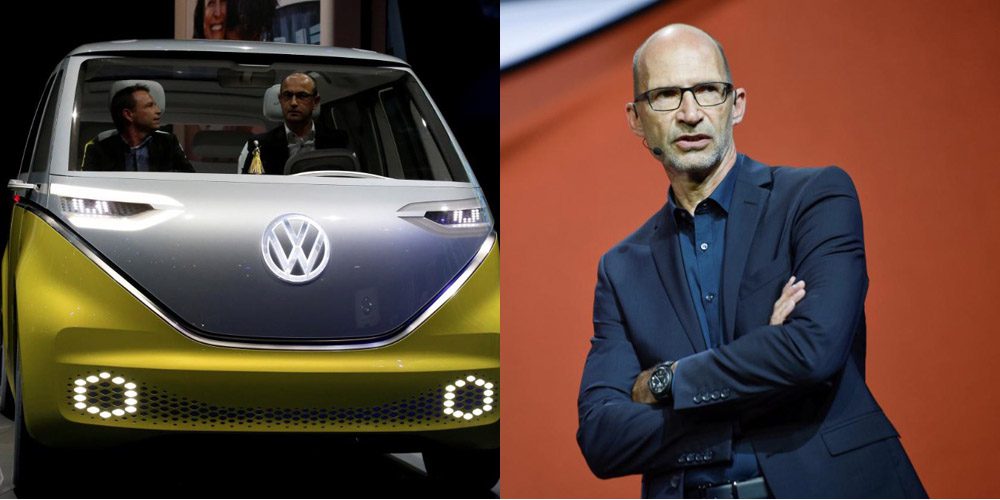 Volkswagen’s design head Klaus Bischoff has said that the company is using Apple’s approach to guide future electric car designs beyond the I.D. concept seen above.

Bischoff said that there was a purity, clarity and significance to Apple’s designs …

Reuters reports the remarks in what appears to have been a brief interview.

We are currently redefining the Volkswagen values for the age of electrification. What’s at stake is to be as significant, purist and clear as possible and also to visualize a completely new architecture.

We should find out what this means when VW unveils what it describes as ‘early guidance’ on its EV design direction at the Geneva auto show on March 5-7.

Reuters’ Andreas Cremer notes that VW has so far lagged behind other manufacturers in its electric vehicle endeavors, but tighter emissions regulations in both Europe and China have forced the company’s hand.

VW has pledged 34 billion euros ($42.45 billion) of investment in EVs, self-driving technology and digital mobility businesses across the group by 2022.

The core namesake brand alone will spend 6 billion euros on a new modular platform dubbed MEB designed to underpin over 20 purely battery-powered models such as the I.D. hatchback, I.D. Crozz crossover and the I.D. Buzz microbus.

Bischoff said that right now was the most exciting point in his 25-year history at VW.

In the past everything was very centralized, very narrow boundaries were set on the road of success. Today is the most exciting time of my career because I‘m allowed to do things that didn’t use to exist that way.

Volkswagen has previously shown an electric VW Bus concept which used an iPad as an infotainment center, supposedly entering production in 2022. The company recently said that it plans to make 1,500 electric cars a day at a major production hub in Saxony, Germany.