Electric vehicle charging is turning into big business. ChargePoint, one of the leading electric vehicle companies, says that it is now delivering 8 GWh of electricity in over 1 million electric car charges per month.

The company released its annual Charging Forward Report this week about the evolution of its business over the last year.

Our biggest takeaway from the report is that their network is “delivering an average of more than one million public charging sessions per month”, which is up from under 700,000 each month during the same period in 2016.

ChargePoint says that it added an average of more than 1,000 new places to charge each month in 2017 for now a total of approximately 45,000 charge points deployed to date.

Here’s the evolution of their network since its inception:

It’s also interesting to look at the network in terms of the electric load, which was 8 GWh each month in 2017 and the company expects it to reach 12 GWh per month in 2018.

It goes to show that electric vehicles are starting to have a greater impact on energy demand and that’s only for charging on one network. It doesn’t include home charging or other networks.

Here’s how the electricity demand for EVs has evolved over the past 6 years: 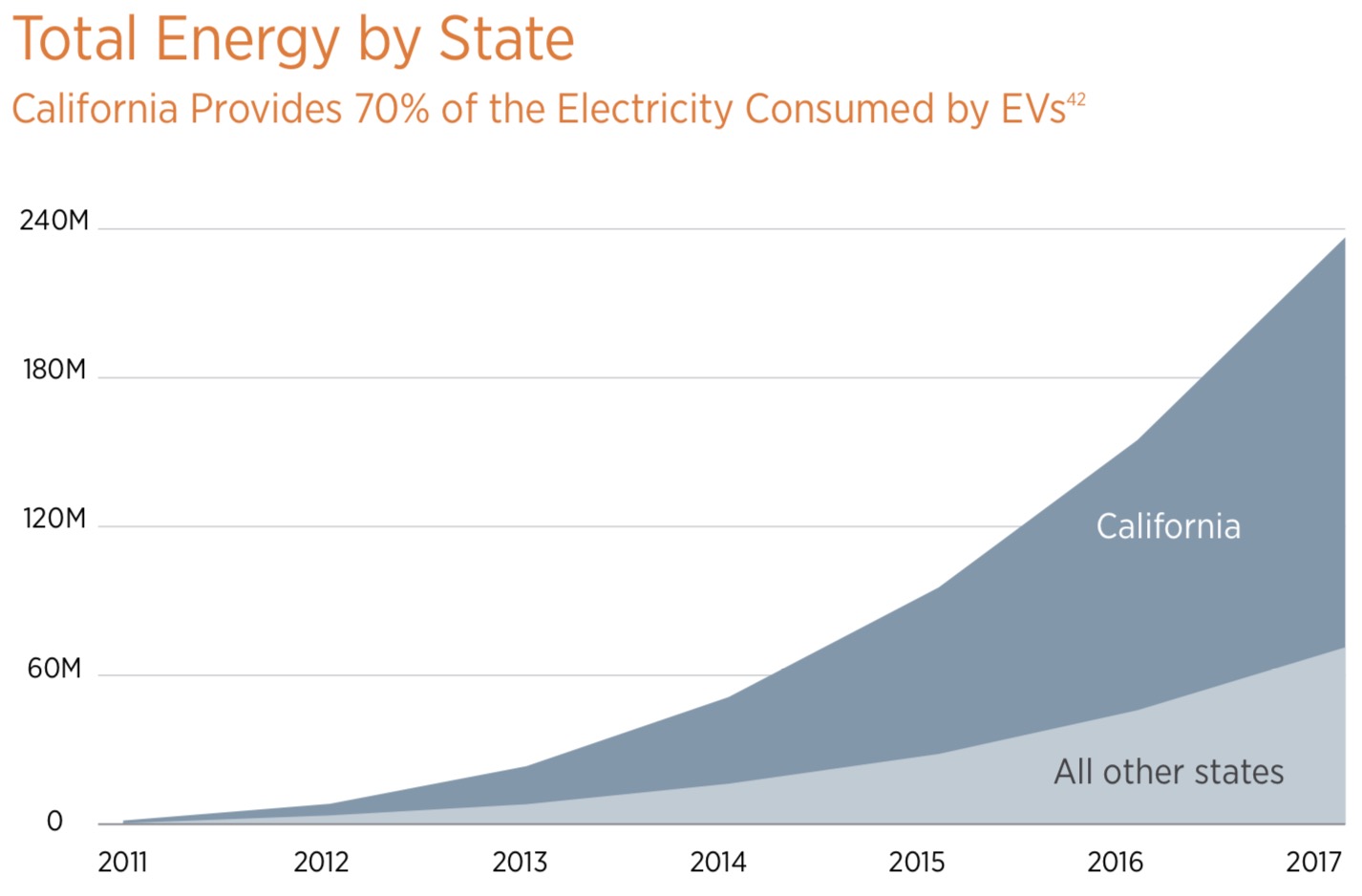 ChargePoint anticipates significant growth in 2018 with new EVs coming on the road in large numbers.

“As one of the most pivotal years for mobility in nearly a century, 2017 marks the beginning of the all-electric era. Electrification has emerged as the technology of choice for mobility solutions of the future, and we’re seeing a perfect storm of record customer demand, new EV models hitting showrooms, expanded charging network investment and more policies that incentivize electrification. 2018 will be another landmark year for electric mobility and we remain committed to charging the EVs today and tomorrow.”

They have their sights set on Europe with their pockets full of money for expansion.

Hopefully, we start seeing more fast-charging stations from the company after they unveiled a 400 kW charging technology last year.